Finally, both my expected envelopes showed up today. A huge envelope of cards as part of a trade with TMM (much of that was a 2000 Fleer Update set), and the second envelope being from mojobreak, containing the goodies from a basketball random I entered. Luck was on my side as I ended up with the Celtics through the ol' randomizer. That's a pretty good team to end up with a mix of products, especially considering that the products have a nice mix of retired stars and current stars. And since they were my favourite team before the Raptors came into existence, that's also a bonus!

Unfortunately, I only got one autograph out of the break.

But it was a beautiful one. 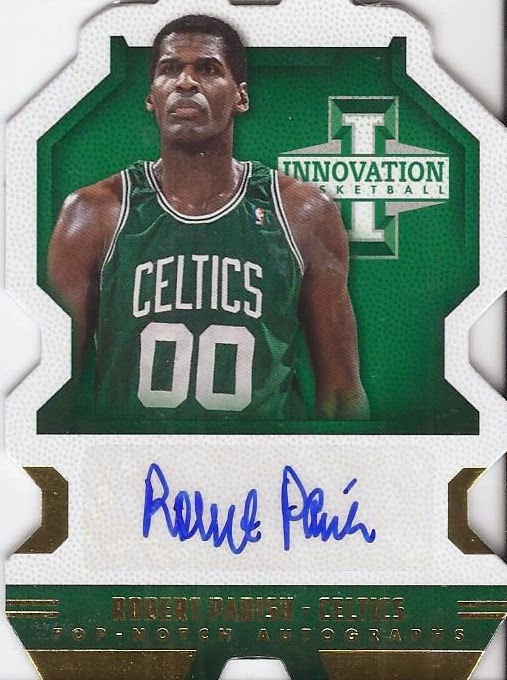 The Chief! If you only get one autograph with the Celtics, Robert Parish would be high on the list of ones to get. Perhaps behind Bill Russell and Larry Bird, but he'd certainly be in my top 3. As a bonus, this card is a die-cut numbered to 10. A definite keeper for me. 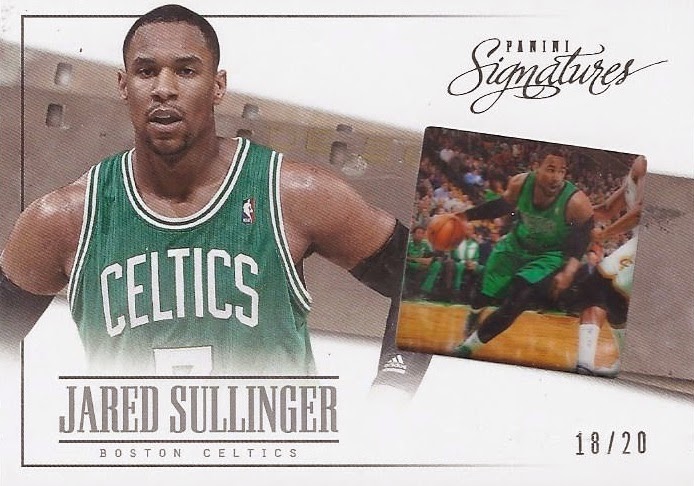 This was the only other low-numbered card that I got. I had to look it up to find out what specific parallel this was. It's an onyx.

There was a third numbered card - the teal parallel of Pistol Pete was /249. Shiny cards! 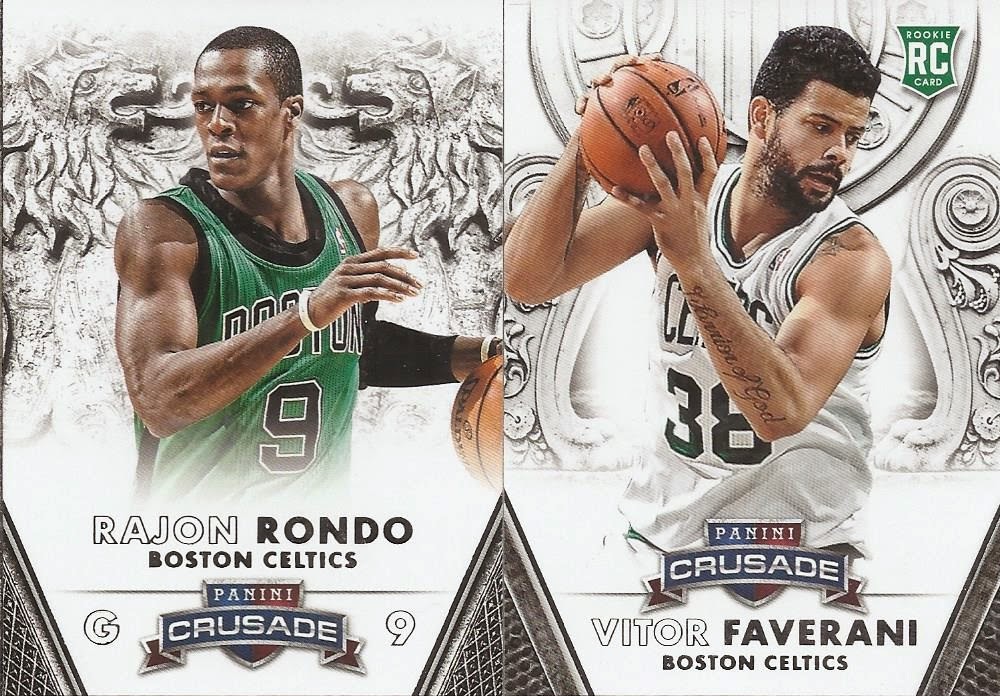 Crusade base! At least there aren't too many choices if you want a Vitor Faverani card. 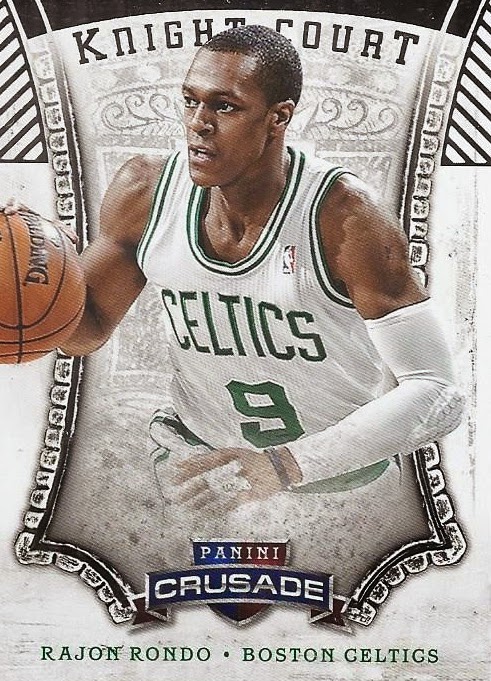 Knight Court? Much as I like a third Rondo card out of Crusade, I'd rather have a card of Markie Post. Or Dan-Dan Fielding. 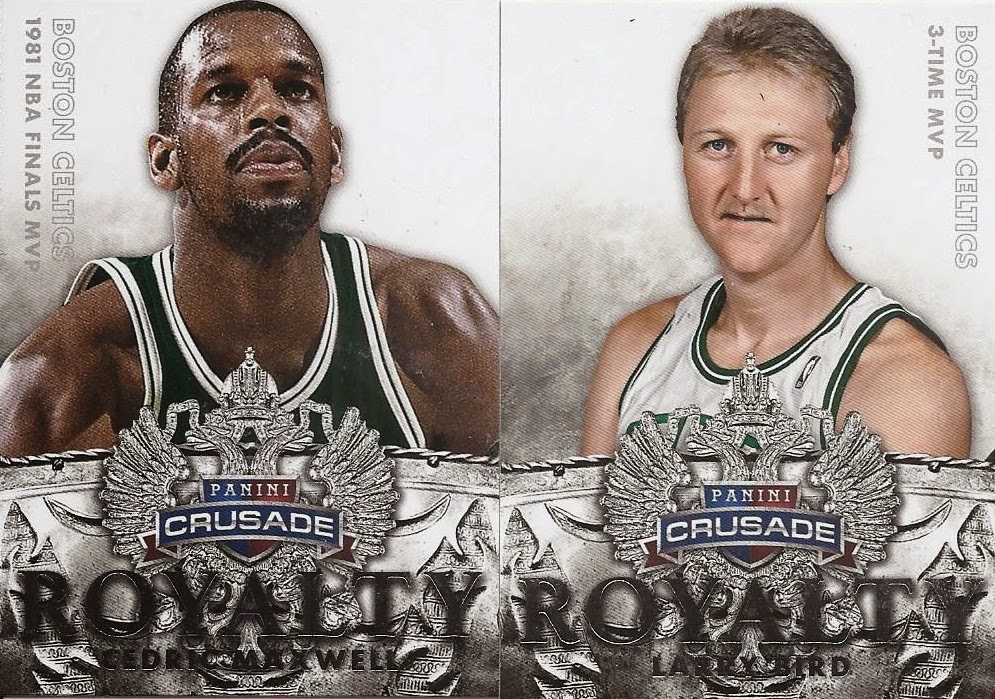 And to wrap up Crusade, here's a pair of cards from the Royalty subset. Seeing Larry Bird was expected, but Cedric Maxwell was a more surprising find. 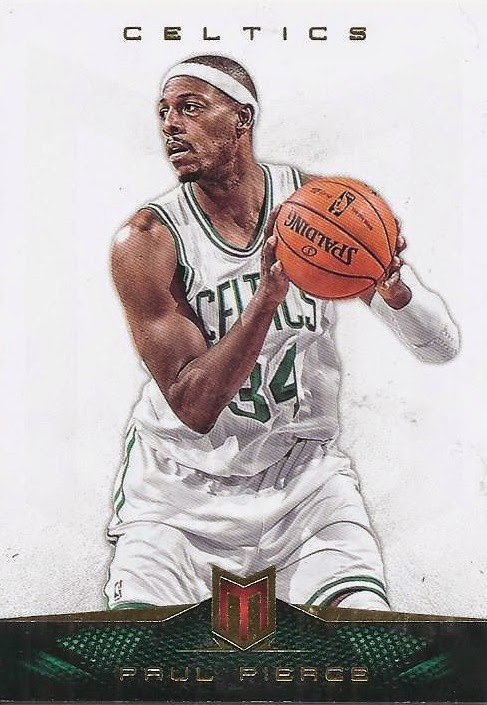 Only card out of Momentum. 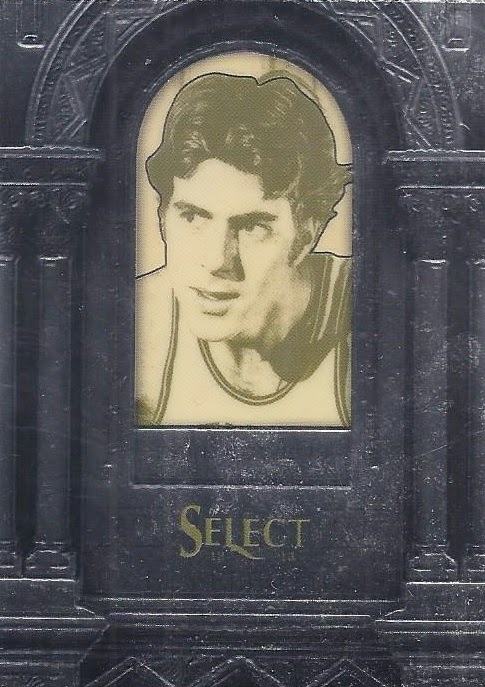 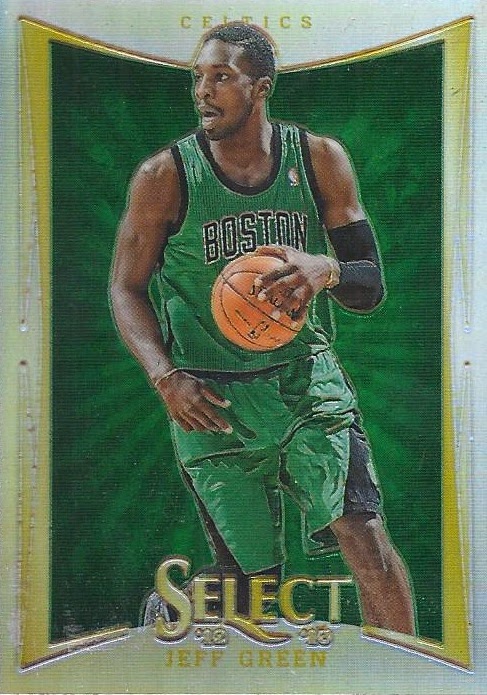 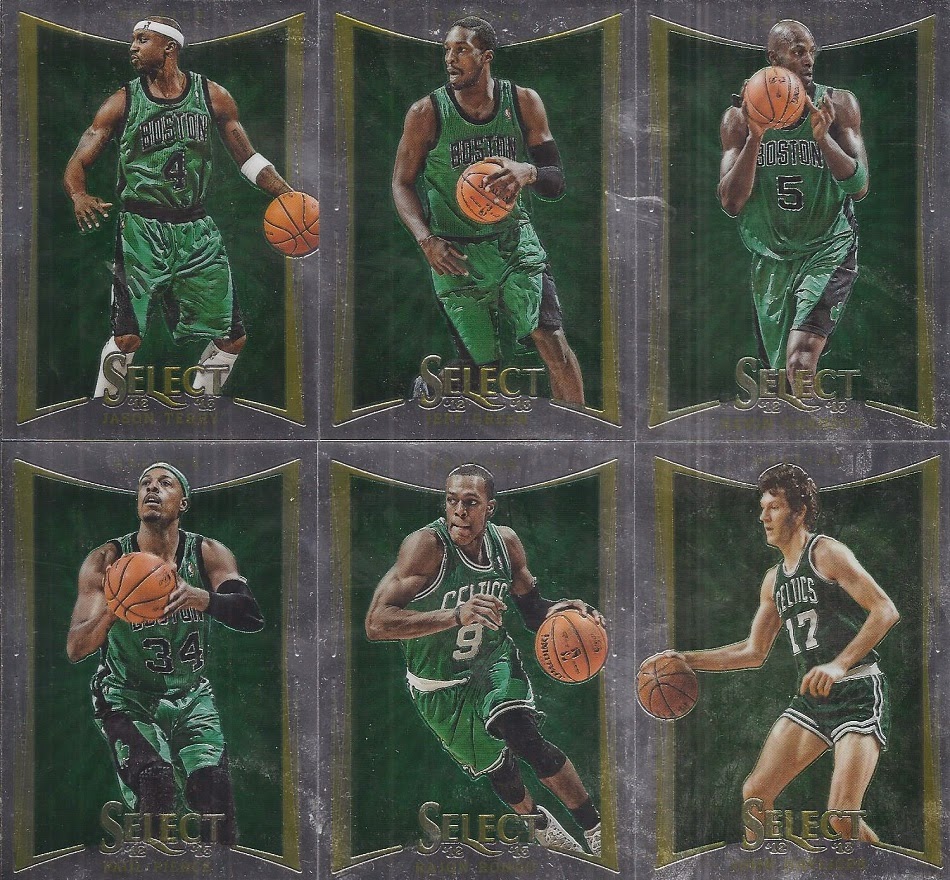 And the base. And this is why having a team with a long history in a basketball break can be fun. Finding a card of John Havlicek and Rajon in the same base set. 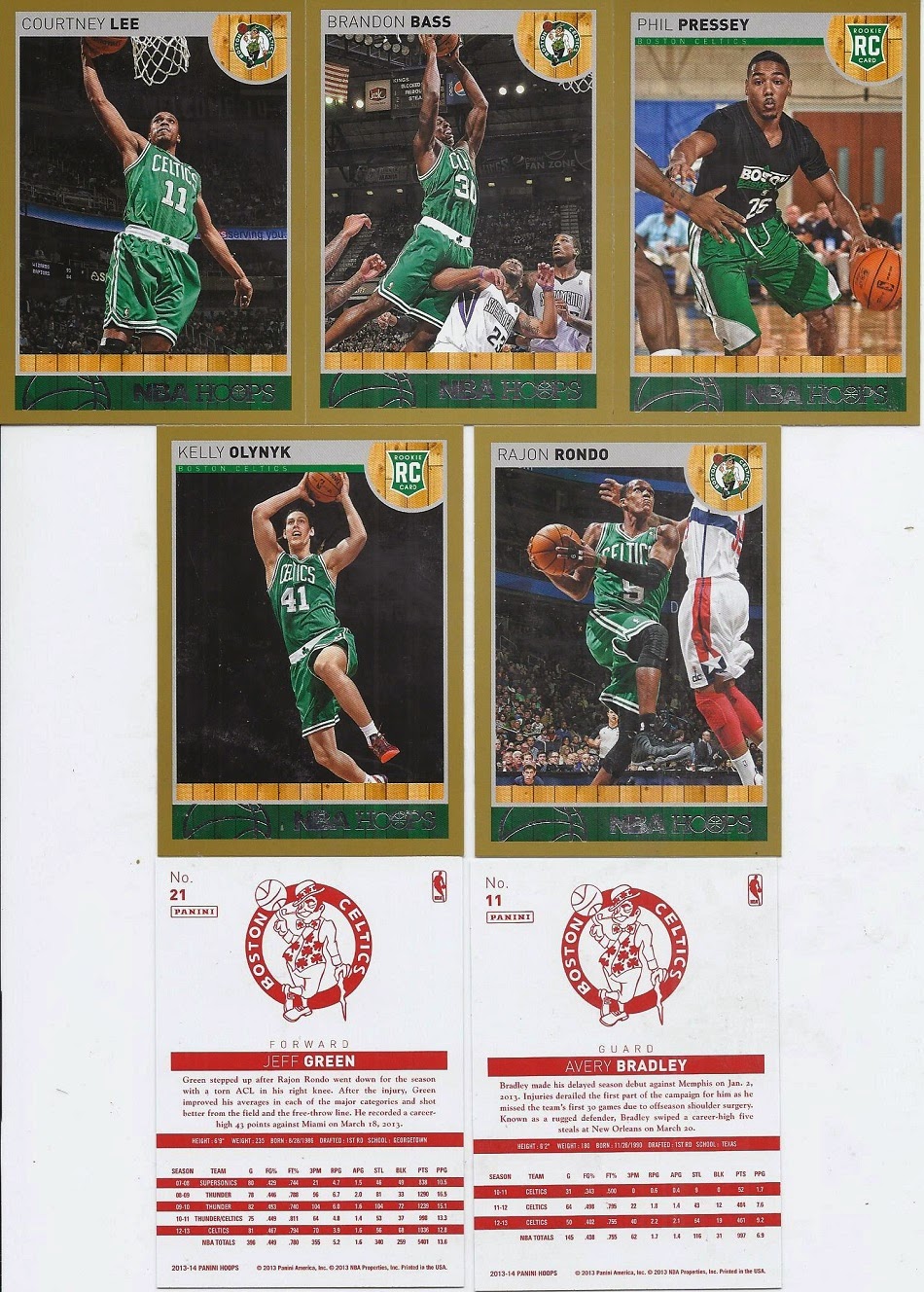 And finally, Hoops. I ended up with a complete base set. But, since that worked out to 10, scanning the team set would be a challenge. So, here were the gold and the red back parallels. 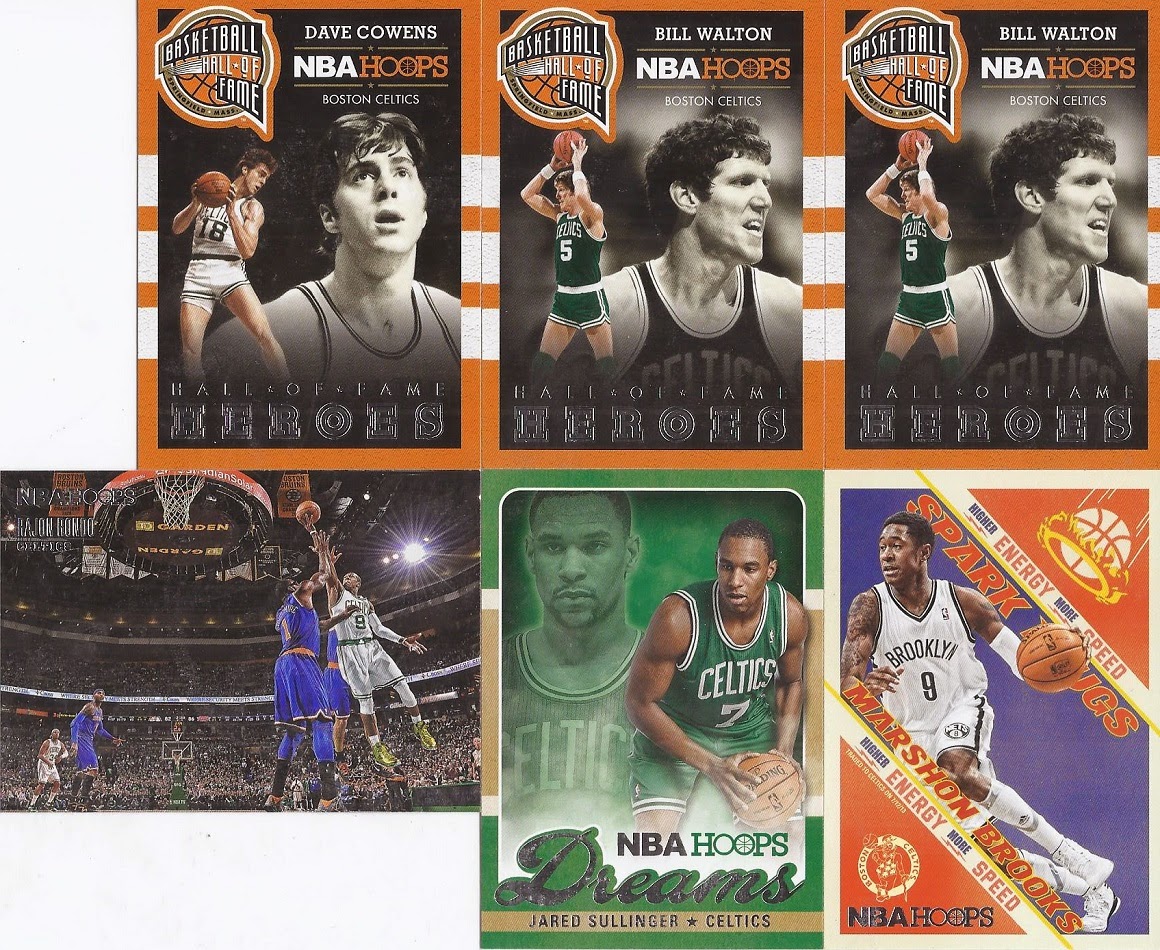 And finally, the Hoops inserts. The Bill Walton Hall of Fame Heroes was the only dupe I got in the whole break. And since it was my favourite subset of the set, and the fact that it is Bill Walton, I really don't care that it is a dupe.

So, a good break in terms of both quantity of cards and quality of the hit. Now I just need to find a more secure home for the Chief's stickergraph.
Posted by buckstorecards at 15:58