Or someone that has a cardboard mistress. Either way.

It began with a request over there for a small # of Ginter cards needed to complete the sets. Just my luck, one of the few cards I had from last year's set was the Don Mattingly Across The Years card. So, I parlayed that into a Lucas Duda relic. I also threw in a pile of set building football cards, and the bubble envelopes were off! 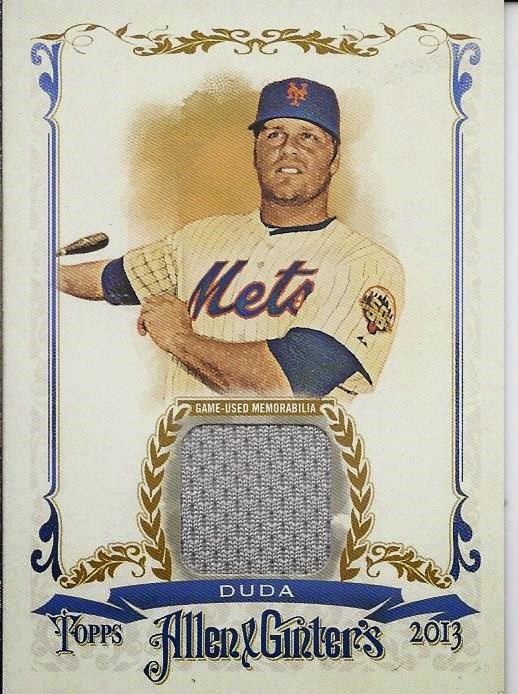 Here's the Duda, but there were far more goodies in the bubble envelope. 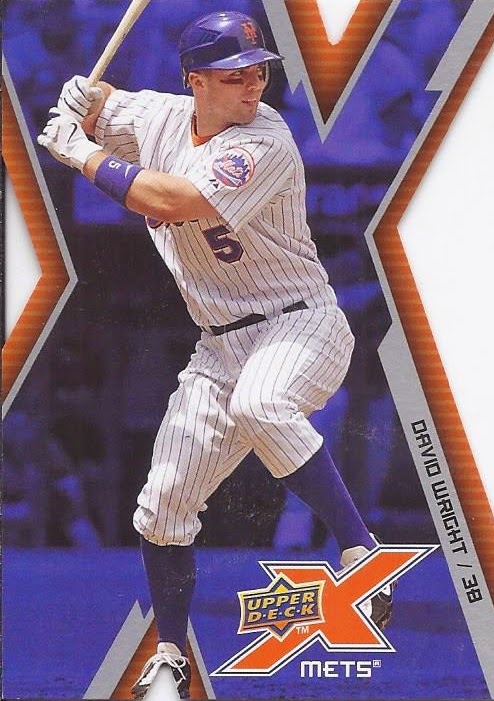 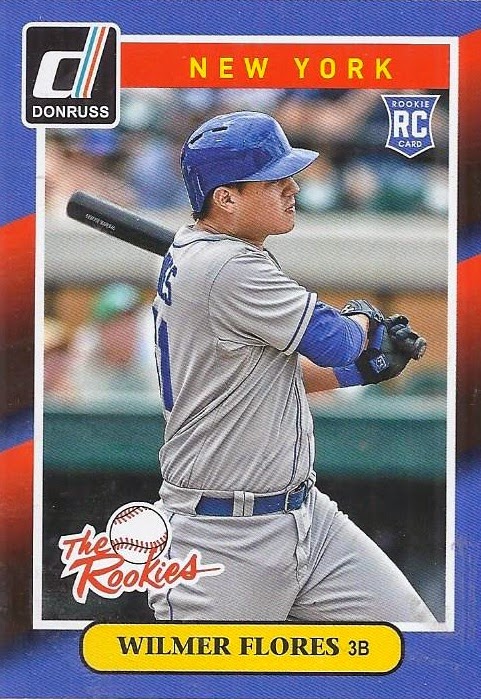 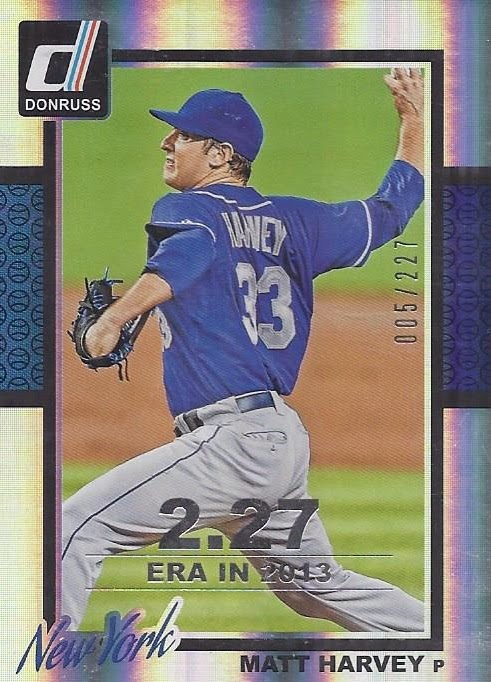 And a nice, shiny, prismy, refractory, whatever they call it of Matt Harvey, numbered to a perfectly logical, but still odd 227 copies. They call it a stat line parallel, or something, but I'll call it a Jackée Harry parallel.

Cripes, I'm old enough to drop a reference to 227. And to have a sitcom immediately pop into my mind whenever I see that number. 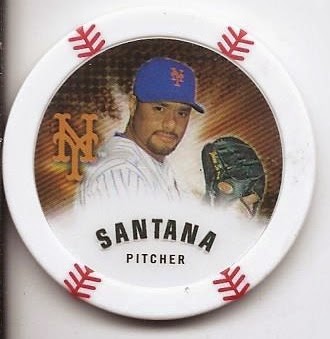 And aside from the hit, probably my favourite item in the package - my first Chipz chip. Chip is the appropriate singular, right? The zed throws me. 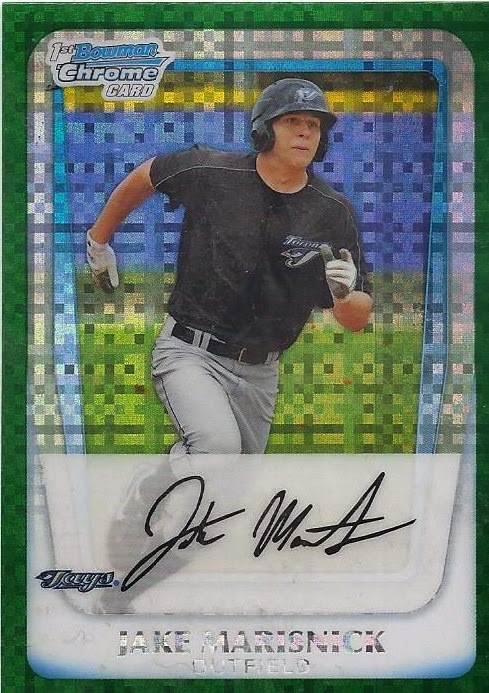 There were a nice number of Blue Jays card. Easily, the highlight of them was this beautifully gaudy Jake Marisnick green refractory card.

And speaking of green, there were even a handful of Raptors cards in this package. 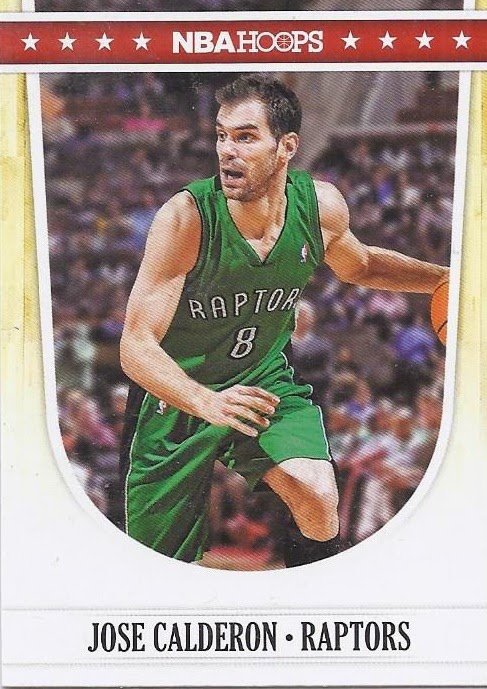 And the best sees me add a card featuring their St. Patrick's Day uniforms to my team collection.

Thanks for the goodies! And head over to MCM to see if you can turn your inserts into a relic as well!
Posted by buckstorecards at 18:57