A simple theme with this small handful of card being examples of which not the player, but the stadium view is the true star of the show. Intentionally, or otherwise. 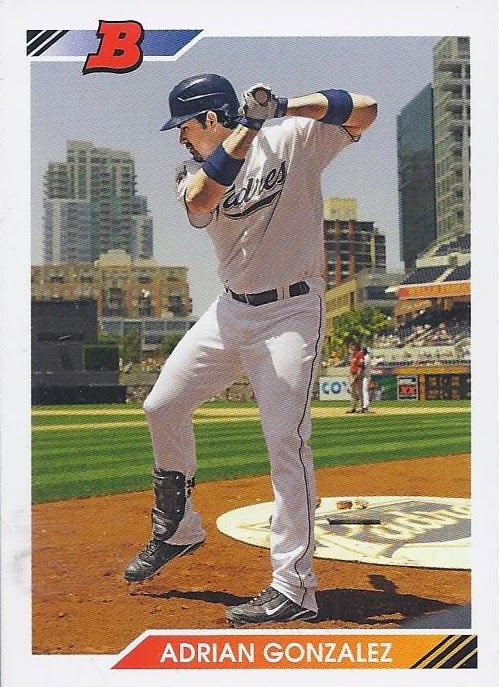 This one doesn't make the stadium the star, but the cityscape behind the outfield wall the feature. Combined with the photo of Adrian Gonzalez in the on-deck circle, it almost seems like he's saying "I'm going to hit it that far. You people on the 6th floor of that office building. Open up the windows. I'm sending you a souvenir". 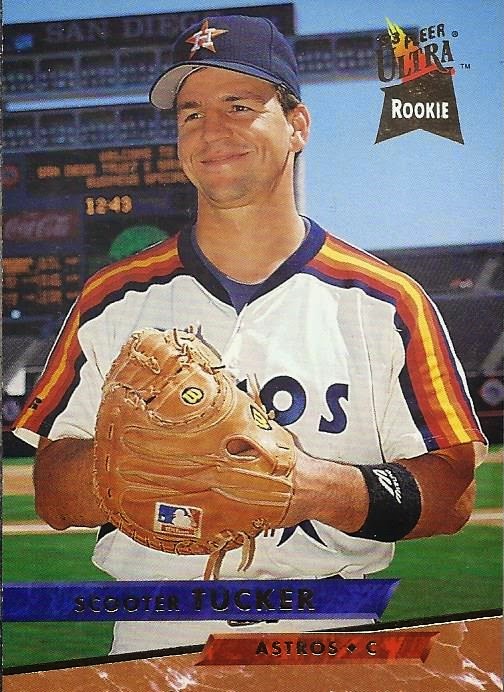 Staying in San Diego. You're supposed to focus on the player in the foreground, but all I'm doing is trying to read the scoreboard in the background. As well as enjoy the fact that this card is of an adult who wants to be called Scooter. If you're old enough to drink legally, you should never be called 'Scooter'. 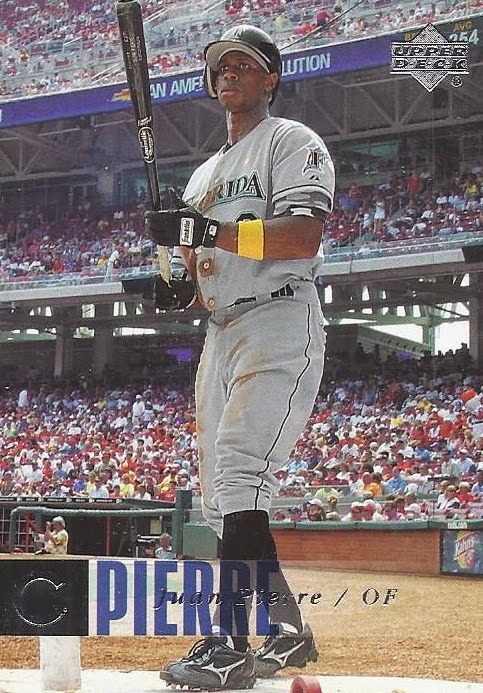 While the photo choice for the Adrian Gonzalez makes the stadium look time, the reverse is true here. With all three decks visible, it appears appropriately huge behind Juan Pierre in the on-deck circle. Also, kudos for not photoshopping that Marlins uniform into a cubs one. Nothing should distract from the rows and rows of spectators rising behind him. 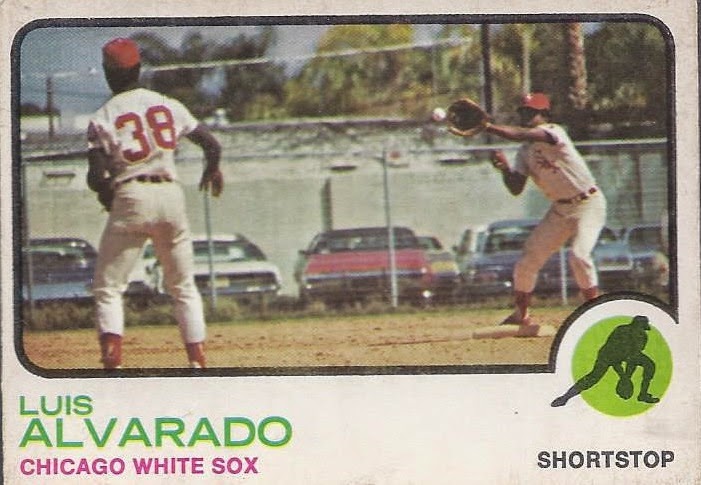 Of course, stadium shots are far less spectacular when Honest Abe's Used Cars is the background. 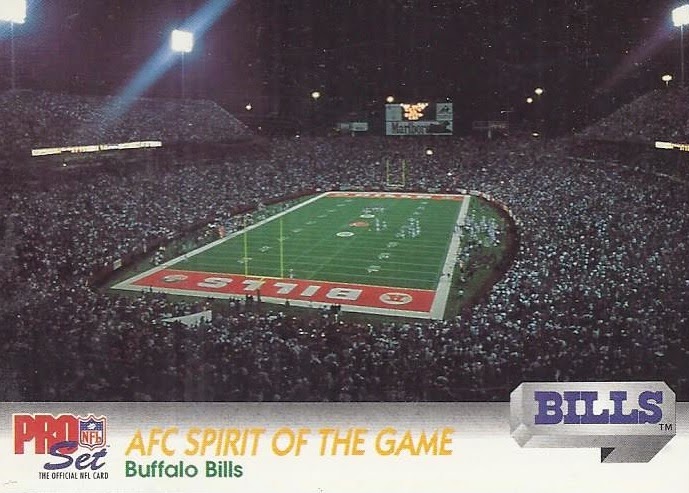 But to wrap things up, let's leave the used car lot behind, and instead say goodbye with a gorgeous evening shot of Rich Stadium. While Pro Set could lay an egg in spectacular fashion in its overproduced heyday, they could still make some beauties.

Posted by buckstorecards at 12:03