I've posted cards from repacks for the other three major sports this week. Let's complete it with a football repack. 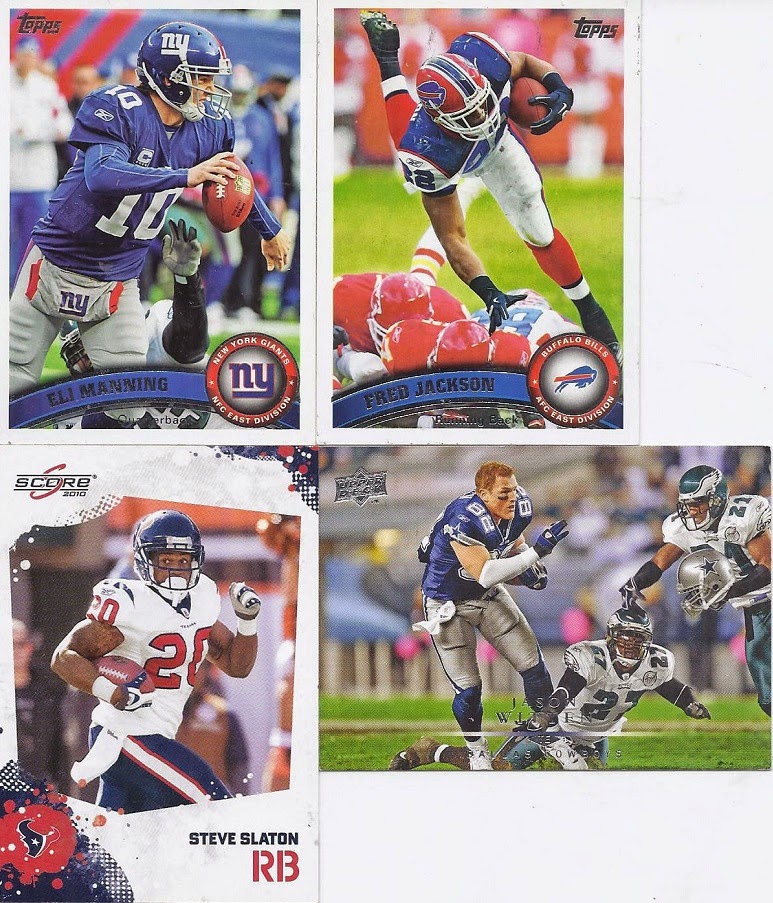 Here were the visible cards. I was all over this one for the visible card of Fred Jackson, but that Jason Witten is a pretty spectacular photo, complete with his helmet in the hands of the Eagles defender. I'm at the point where I want to look for a cheap box of 08 Upper Deck just for the photo choices. This is the second repack I bought with a photo choice from 08 UD as a factor, grabbing one previously for this TO card. 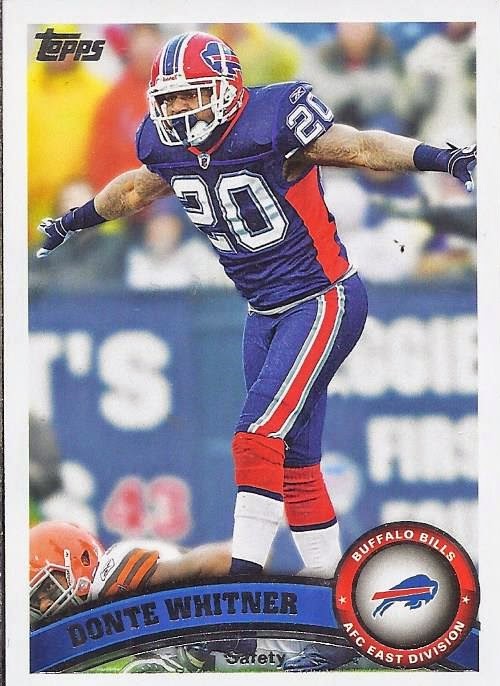 And the only other Bills card in the repack. At least neither this nor the Jackson was a dupe. 2 Bills seem to be above the usual for me from a repack. 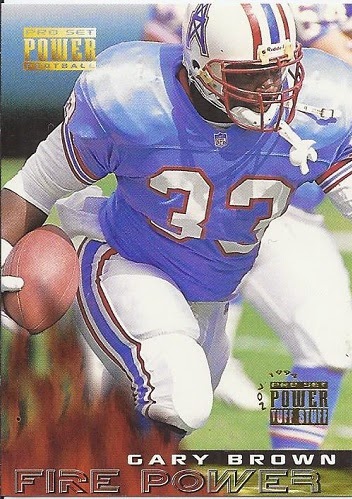 I had no idea that Pro Set was still a thing in 1994. Or Pro Set power. Or whatever this card is from. All I know is I couldn't believe what this was going for at COMC. 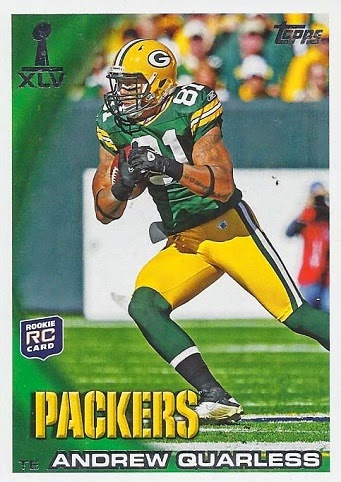 I guess that Gary Brown was the closest thing to an oddball, but this one is kinda an oddball too, coming from a Super Bowl set. And I can do the MST3K "Packers! WOOO! Packers won the Superbowl!" 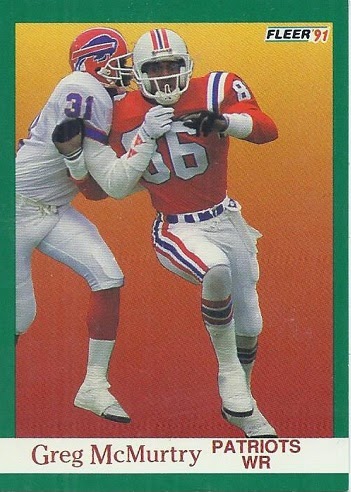 The obligatory Wolverines alumni card that I set aside for TMM. 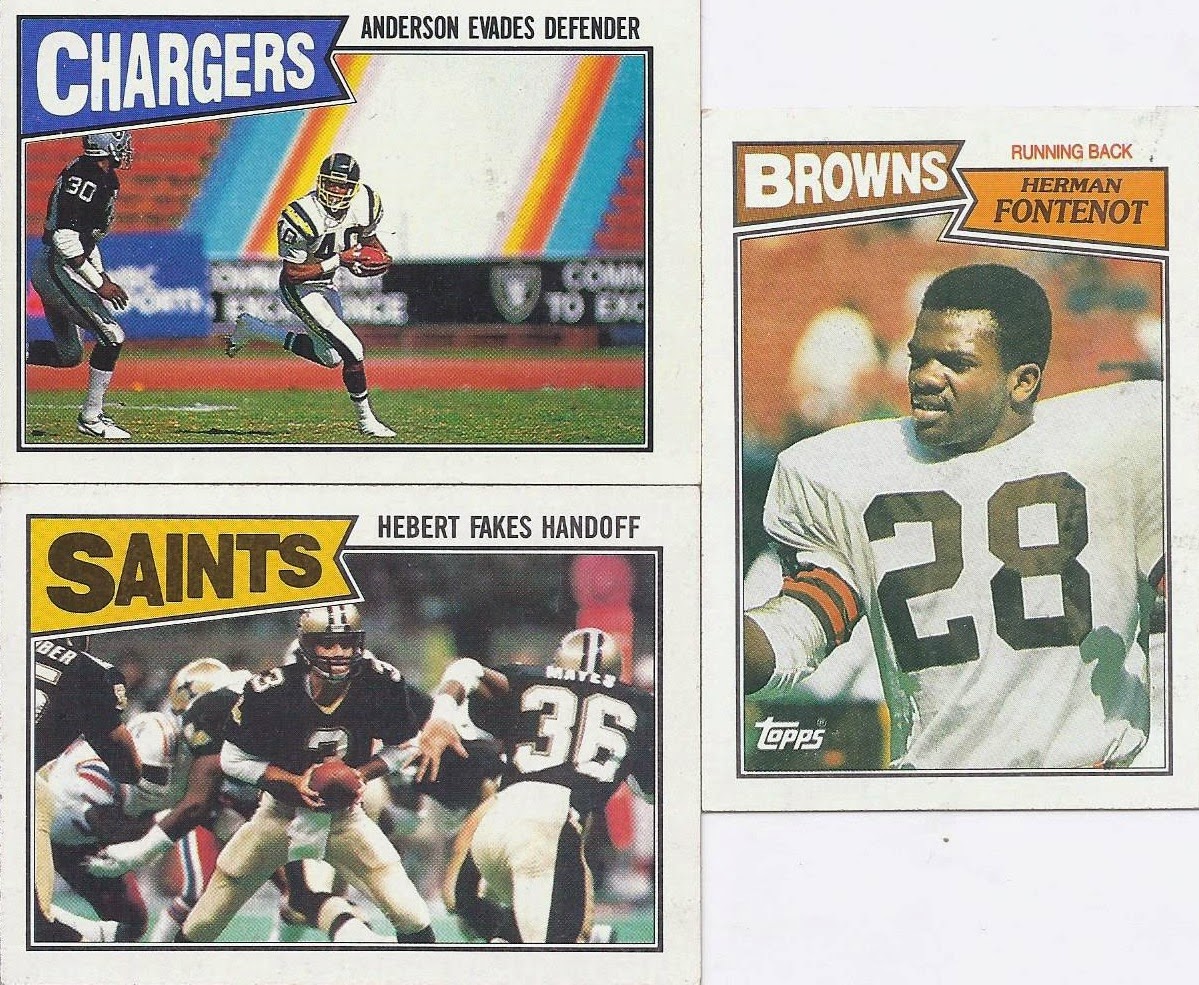 It was a three-way tie for the oldest cards in the repack with this grouping of 1987 cards. It is different to proclaim 1987 cards as the oldest when the baseball ones usually bring up some 70s cards. 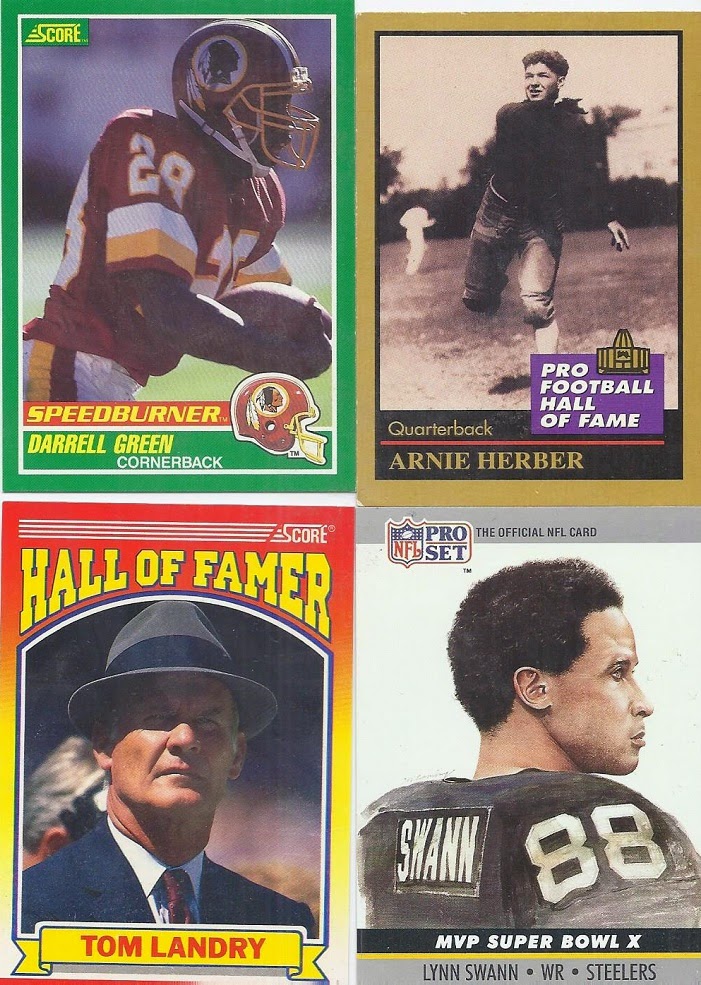 Here was the Hall of Famer content. Even though he is way before my time, my easy favourite is the Arnie Herber, who doesn't seem to have too many cards outside of some HOF themed sets from the junk wax era. 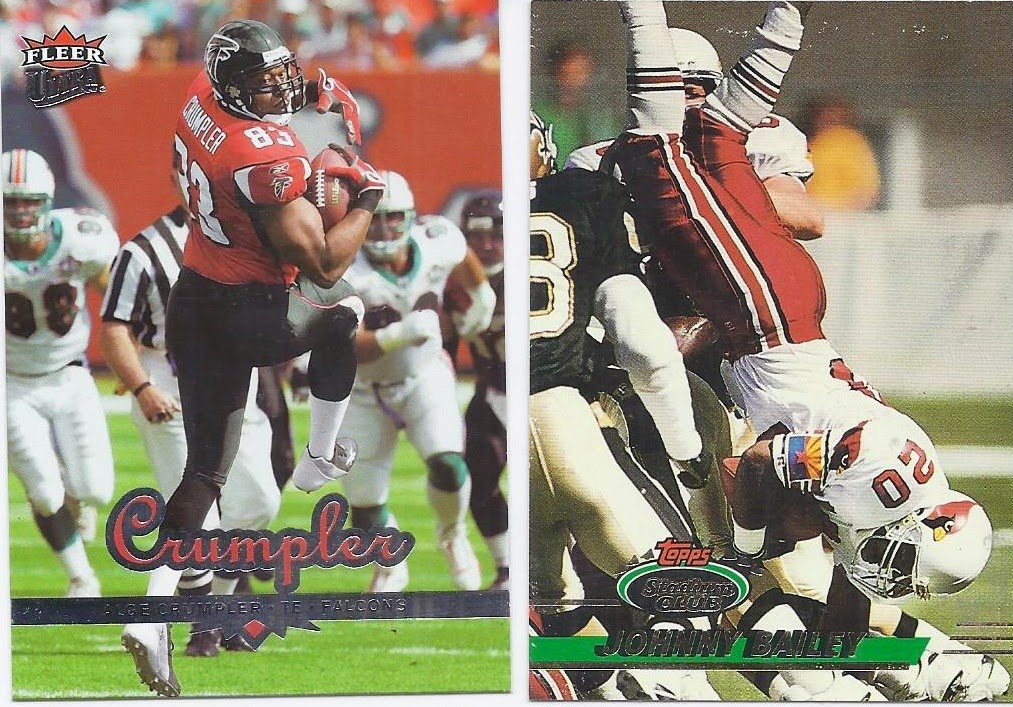 And to wrap this up, here are my other 2 favourite photos in the repack. Who needs both feet on the ground to make a spectacular photo?
Posted by buckstorecards at 18:12