The 2/14 Binder an a Return to Sportlots

With all the credit I'd put on my COMC account through the challenges, there wasn't much need to pick up some cards through other sources. But, sometimes cards are available at one and not the other, or are significantly cheaper at the other location. So, with this trip to sportlots, 3 new faces split over 5 new cards moved into the 2/14 folder. 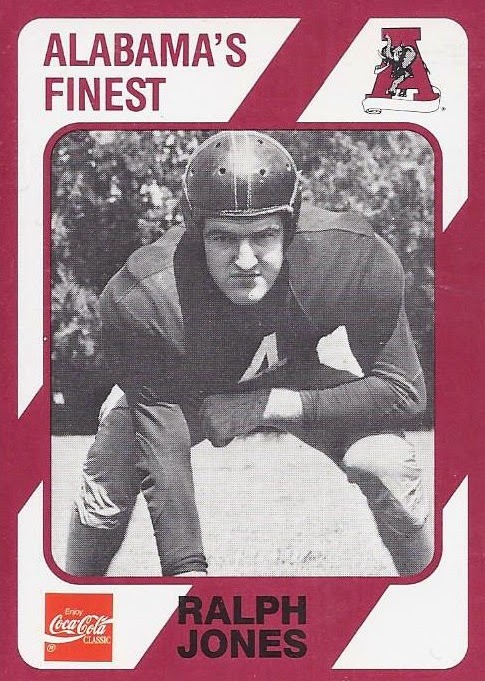 With all respect to Wes @ Jaybarkerfan's Junk, I've done a pretty good job of hunting down of Alabama alum in my collection. Despite not realizing I had an on-card auto of an alum until today.  But, since I'll be able turn the card into a Mike Bossy relic instead of just including it in my original trade package, I guess my incompetence worked out for me.

Still, you're not getting this one! It's from some 500+ card set of Alabama Crimson Tide players released in 1989. Ralph Jones' only card appears in this set. It doesn't include his birthday, but the usual sources have his birthday listed as 2.14. He spent a couple years in the league during the mid-to-late 40s. The photo is dated on the back as coming from 1944, making it among the oldest photos in my collection, behind a Conlon card with a 1927 photo of Earl Smith.

The only other 2/14 guy that seems to overlap with Alabama alumni is ex-NBAer Reggie King. 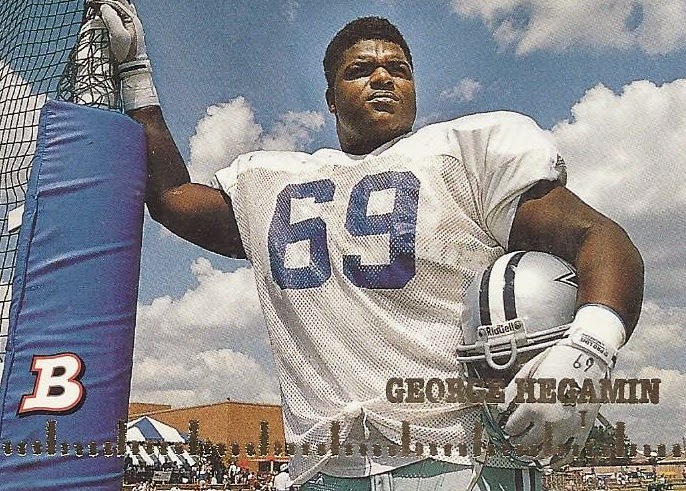 I had more of a choice with George Hegamin. I could get this card, or a card from a 1996 WLAF set that has cards so scarce only a couple even show up on ebay. So, I went for the more available of the two. Am I alone thinking that some Beavis and Butthead wannabe decided that this was the photo that should grace his card, which ended up as his only NFL level card?

While 2 of these cards were available at COMC, I really didn't want to shell out $2.75 each for the ones on the left and right. I didn't know for sure if the other one was the same Barry Jones that I was hunting for, but I elected to take a shot at it sight unseen. It was a slight risk (18 cents worth to be precise), since there was a second Barry Jones playing at the time. That one was mostly in the majors at the time, but still had a minor league card or two in the 90s. 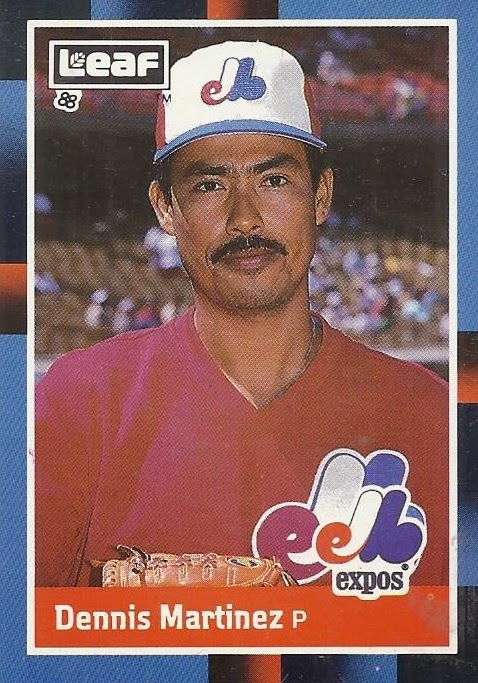 And since I could order 4 cards from that supplier before shipping went skyward, I threw in one of the cards I needed for my 1988 Leaf set.
Posted by buckstorecards at 17:35