And with this post, there's nothing but baseball cards (and a card of Bam Bam Bigelow) left in the COMC box. 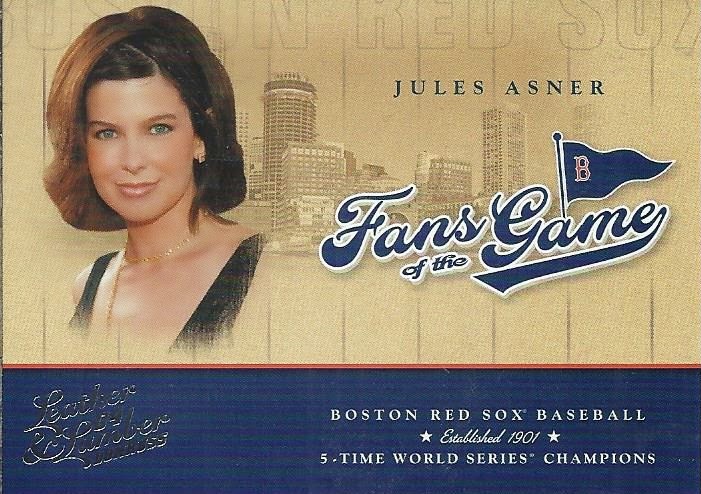 Technically, this one is a baseball card, coming from a Donruss Leather & Lumber set. It's their Fans of the Game inserts, and features TV personality Jules Asner. Why would I feature a card of her? Jules is a 2/14 baby. She's one of three new faces for that binder in today's post. There's also an autographed version of this, but I'm not shelling out $40.00 for that. 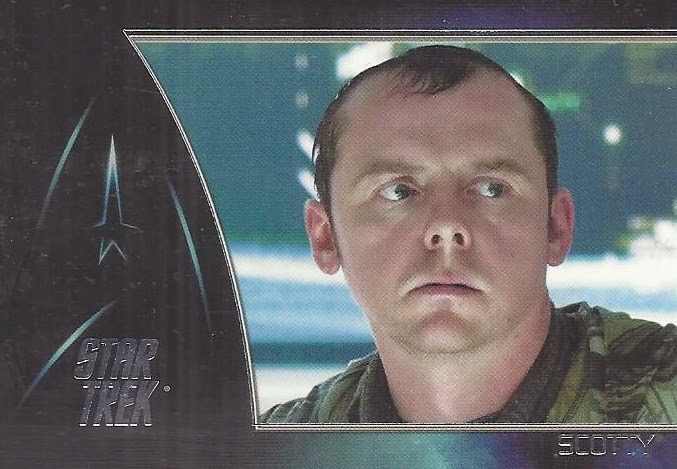 Much of what I was doing when hunting down new possibilities for this binder, I went through a bunch of lists of people born on Feb 14th, then looking for people who appeared in shows or movies that were likely to have cards for them or their characters. Hence, Simon Pegg, aka Scotty from the recent Star Trek films makes his debut in the collection. 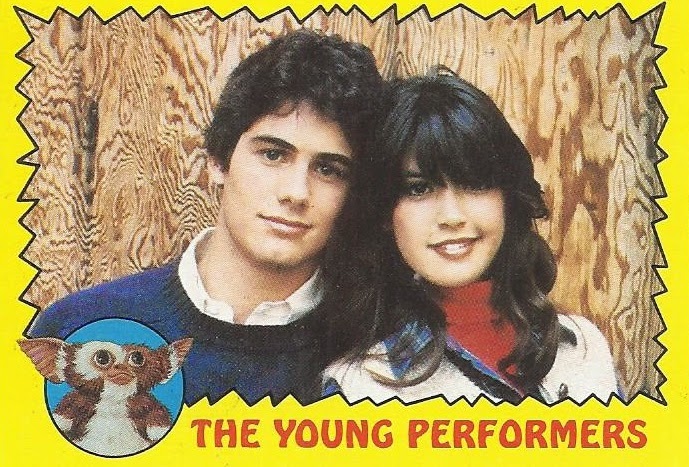 The same method also added me this card from the Gremlins set from 1984. Much like with the Pegg, I was looking for a card that featured the performer as opposed to the performer. Zach Galligan didn't get a solo card except for cards featuring his character. So, a card with him alongside Phoebe Cates is the one that enters the binders. 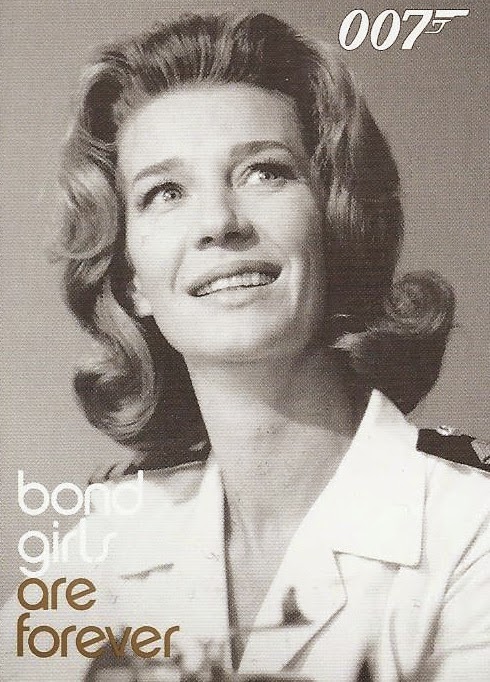 Finally, the 2/14 binder gets its first person from the Hollywood realm with a second card. Lois "Moneypenny" Maxwell makes her second appearance. Taking a cue from Topps, this is the exact same photo as is on the front of her other card.

And now for something non 2/14 related.

I'll confess that my greatest guilty TV pleasure of the century was CSI: Miami. So cheesy, sleazy, and loaded with predictable stereotypes. Don't know who the guilty party was? Just bet on the greasiest guy in the ugliest shirt.

So, with that said, I grabbed an autograph associated that show. 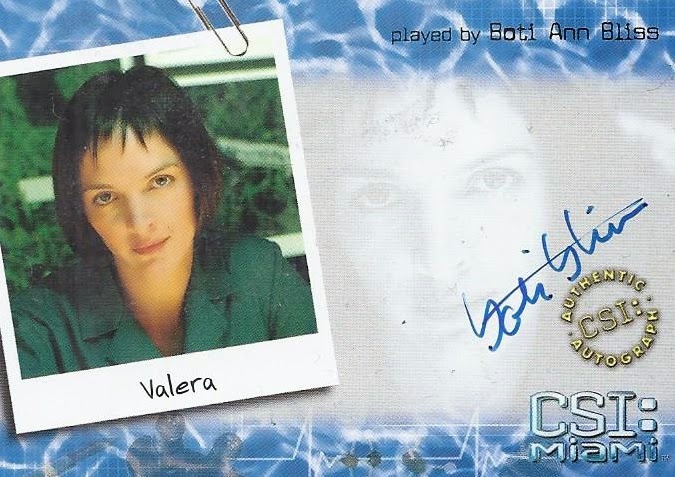 One on-card from one of the regular lab techs (it was either this one or Sofia Milos, and this one was cheaper). And both probably appeared in the same # of episodes.

So, that's it except for the baseball stuff from COMC. And Bam Bam Bigelow.
Posted by buckstorecards at 16:15