I'm not proud. I was at Target, and decided to try another one of those hanger boxes of contenders. As before, they had 18 base cards, and two autos. The first of these hanger boxes I busted saw my two autographs be of a pair of guys with a grand total of 7 games between them. Will I do better this time? 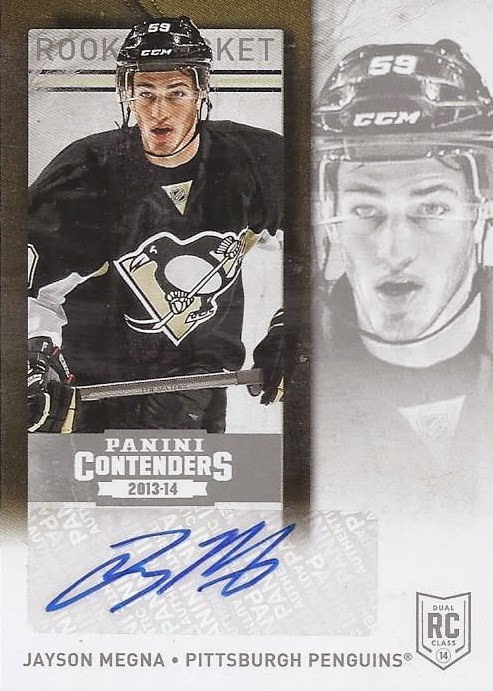 That's a better start with a rookie ticket auto. Megna spent about a half season with the big club this year. He was undrafted, and if wikipedia can be believed, is one of only a handful of NHLers to be born in Florida. Interesting pull! 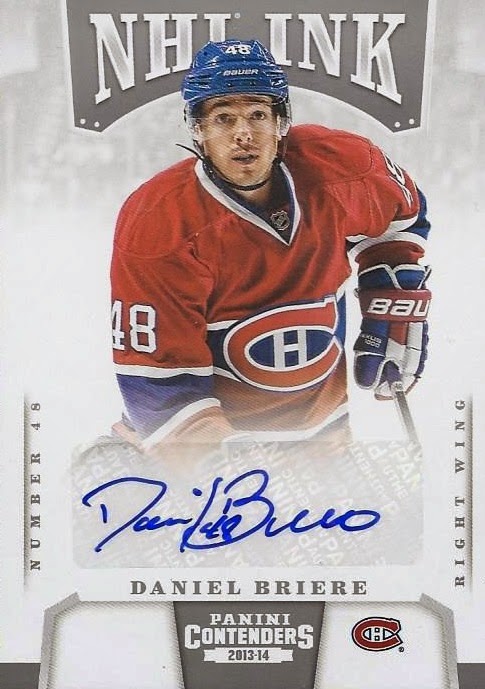 And my second autograph was a pretty nice one. Even if it is a sticker dump, it is always nice to immediately recognize the name you see on the card. Even better, it isn't even a bad signature, with a nice way to work his number into his autograph.

The second go-round was definitely better than the first, even though the base cards were mainly dupes.
Posted by buckstorecards at 05:40