Buy only supplies at the LCS? That ain't happening.

I could have been a mature collector and only picked up a couple of 800 count boxes at the LCS, but I'm not that mature. Instead, I did grab a box, and a couple of football packs to go with it. I went for a pack of the newly released 2014 Elite, and a pack of 2013 Archives. 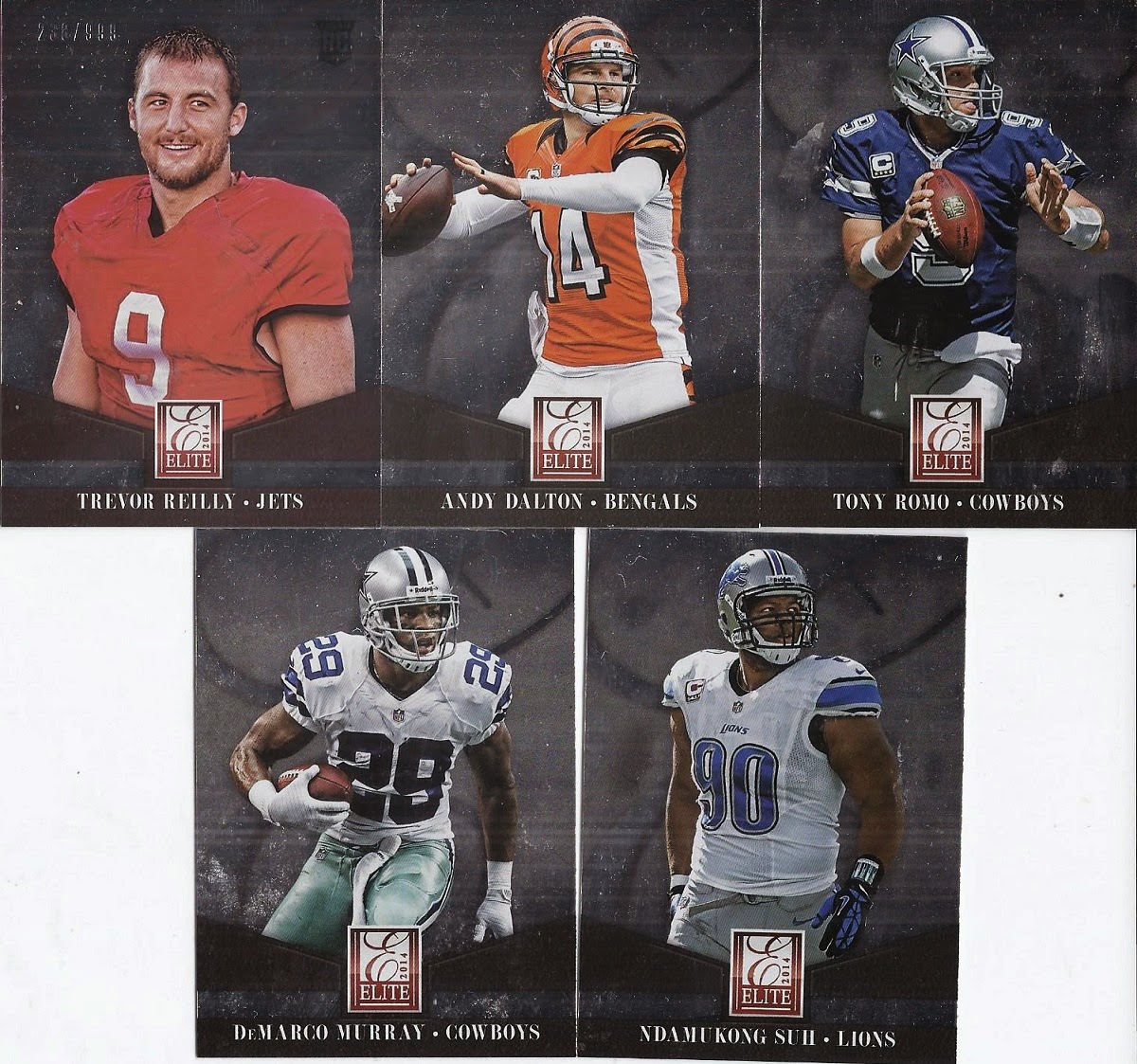 Here's the Elite. Not really the most impressive pack, but I do like how they scan nicely without being too gaudy. But, when the most interesting card is a rookie of a 7th rounder, it isn't the best pack. 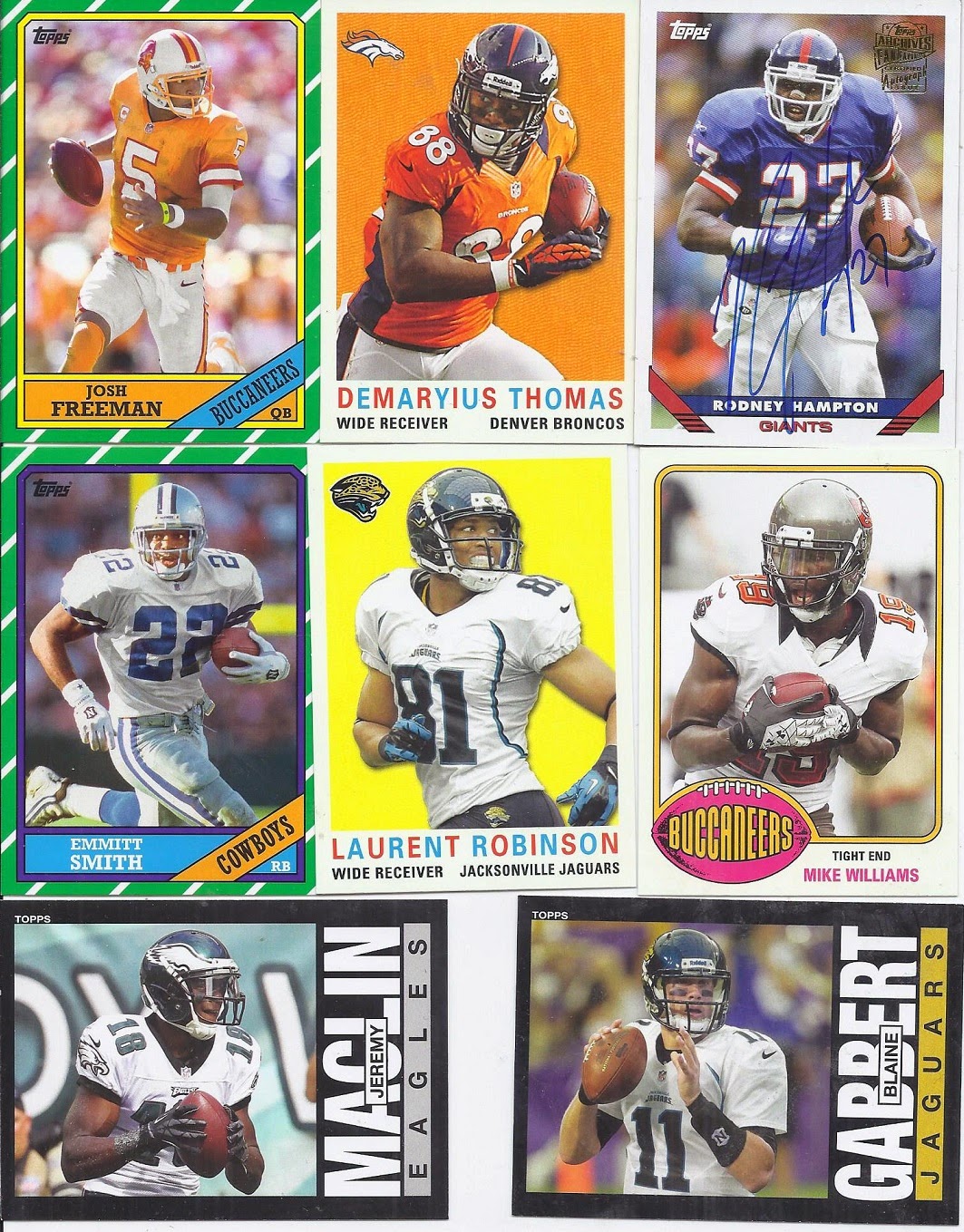 But, Archives was much better. It started off pretty orange, but when one of them is a creamsicle throwback, that makes up for the loudness of the Thomas. And to wrap up the first part of the pack, there's an on-card auto. It fits nicely into the theme of Archives autos from baseball, with it being of a player you'd remember, but not a superstar. Rodney Hampton certainly fits in that category. As best as I can tell, this card is his only hit out there. My one complaint: 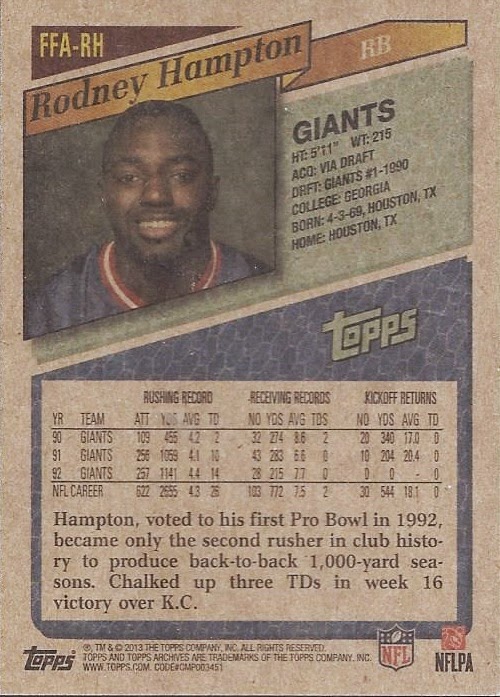 The backs look like something from the 80s with the cardboard design. It is strange, since the base SP of this card looks like you'd expect a card from 2013 to look like.

Getting back to the base, it was nice to get a couple of Jaguars cards in the pack, since one of my favourite things about retro cards is the "what if?" factor seeing how cards for teams that didn't exist at the time would have looked in the particular set.

2 packs. 1 hit. And it was from the pack I would have rather seen a hit from.

Posted by buckstorecards at 16:02