I mentioned picking up a different one of these repacks this past weekend at the flea market. It is a usual $5.00 for a brick of recent cards, but there was also a guaranteed relic in one of these. Since these have worked out pretty nicely in the past, let's dig in. These had the usual 50 or so cards in it, mostly from the past year or two. So, I'll limit it to the highlights. 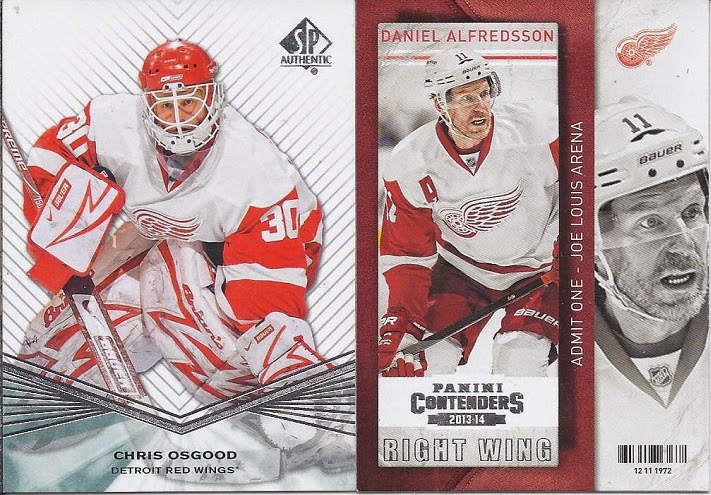 These were the two visible cards. Both Red Wings, but I'm far happier about the new card for my Alfredsson collection. This is now my 8th card of his as a Red Wing. 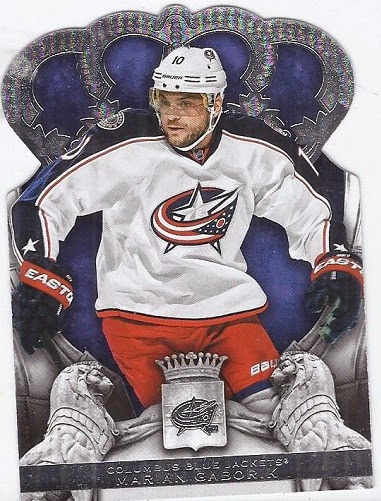 Other PC additions? My 65th Marian Gaborik card in my 2/14 collection was one of them. My binder needs more die cut content, even if it is a base card. 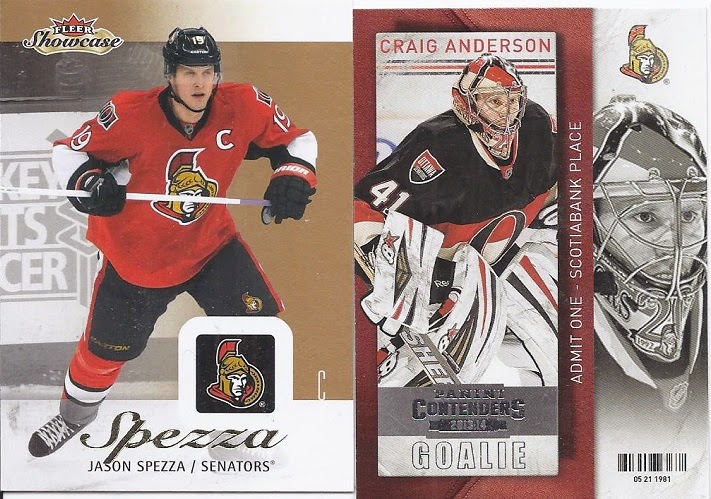 2 new cards for my Senators collection. Why do so many of the cards featuring Craig Anderson's heritage mask feature the duller side with the logo, instead of the incredible Clint Benedict side? 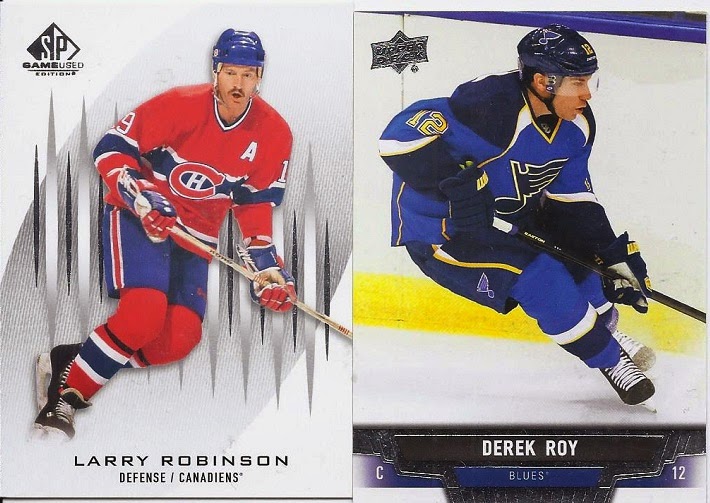 A pair of Kitchener Rangers alumni were also found in this repack. It is nice to add the new Derek Roy card, since it doesn't seem like he'll have too many as a St. Louis Blue, being off to Nashville for next season. 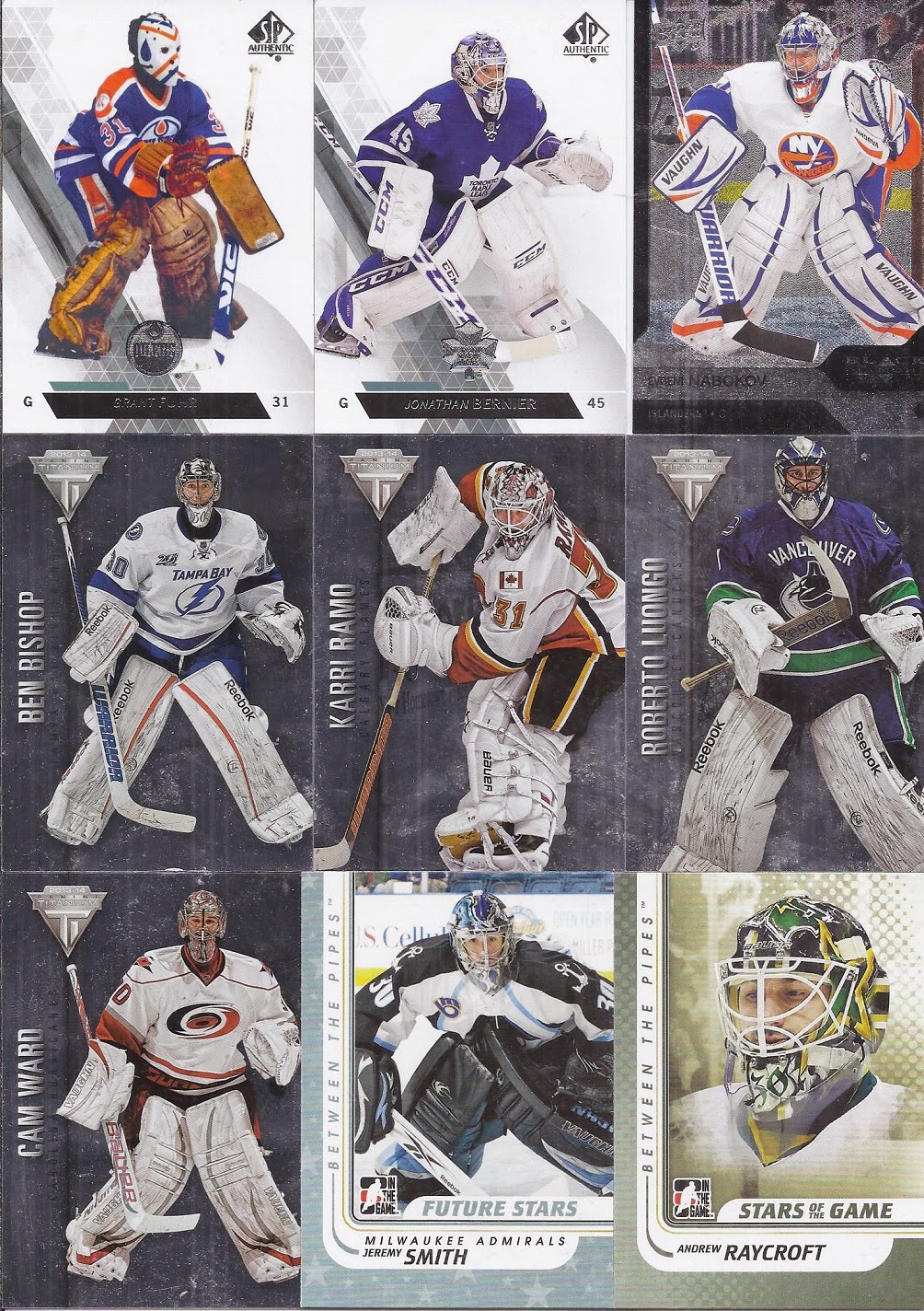 And here's a page worth of new cards in the mask binder. Despite all the rather detailed masks here, I'm all over the Grant Fuhr as my favourite in the bunch. Just a simple usage of team colours and logo is all he needs. We also have Goaltending Gallimaufry (tm: Card Boarded), as Ben Bishop is still sporting his Ottawa Senators mask in the photo. 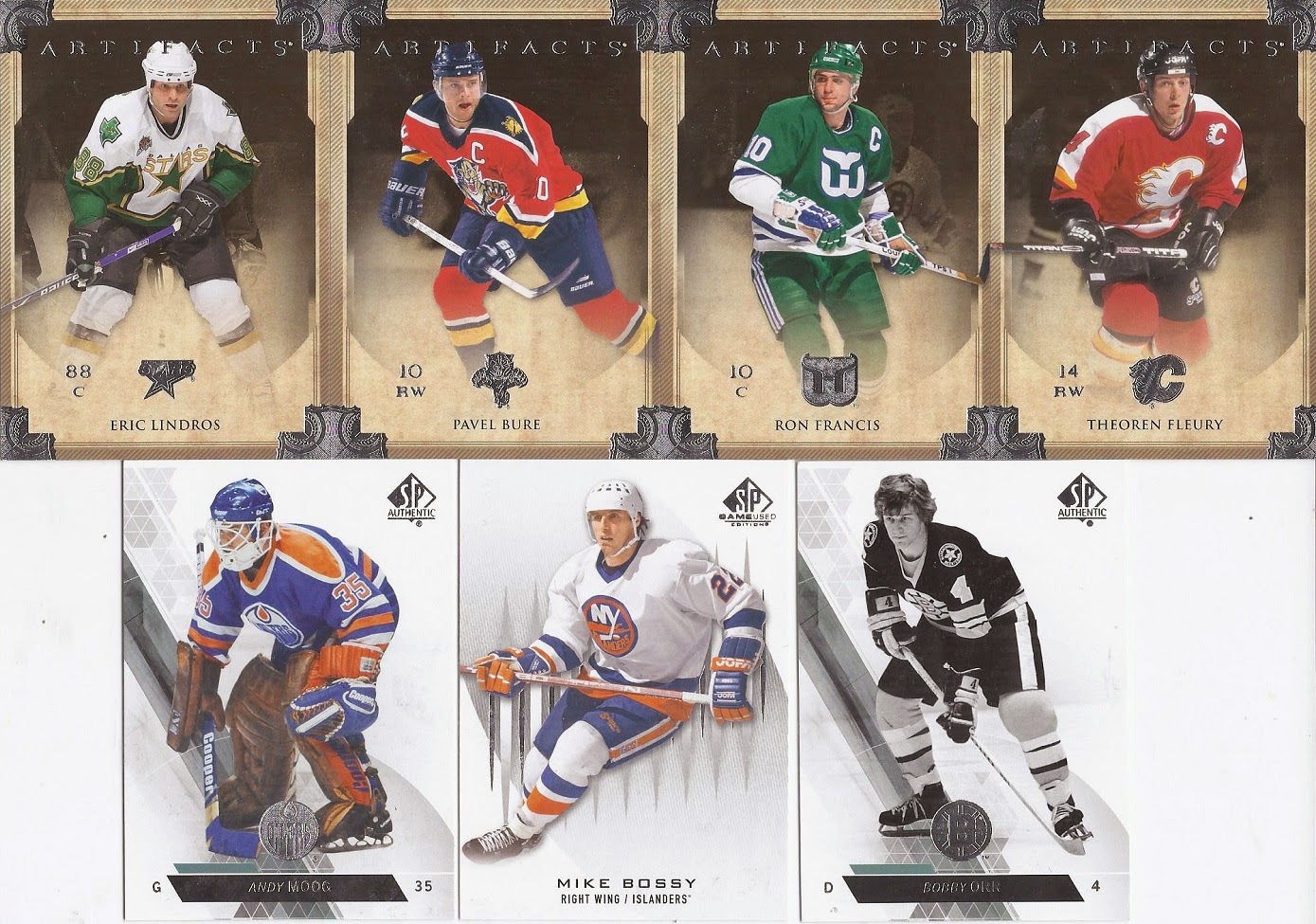 As always with recent sets, we get a nice mix of retired stars in with the current crop of players. That Orr is just beautiful, and I'm really surprised to see Andy Moog as part of a modern base set. He's well-known enough, but he just doesn't seem to be the type. Then again, I was pleased to Harold Snepsts as part of this year's Artifacts base, so why would I complain? 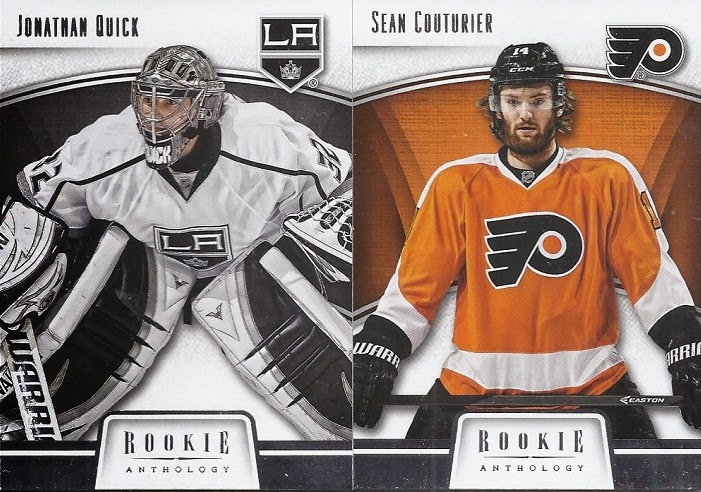 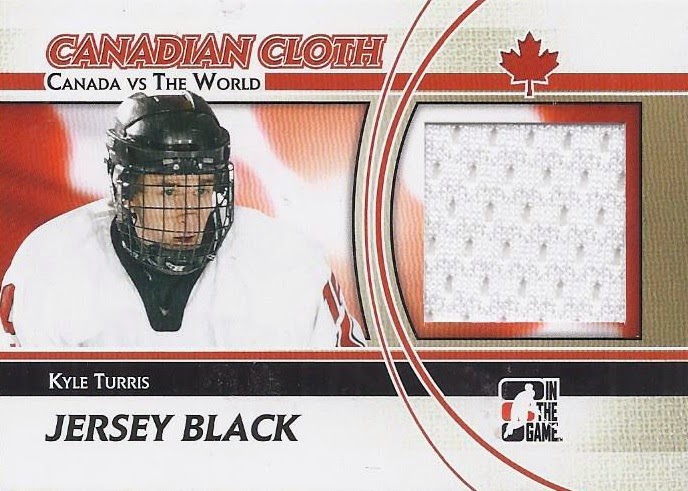 And finally, my promised hit. I guess this is close enough to a Senator to call it a Senators card. He doesn't seem to have any hits that aren't from his time as a Coyote, so I'll gladly add this to my Senators hit binder.