I didn't just pick up that hockey repack yesterday that resulted in the Tavares YG card - I also grabbed one of the 100 card baseball hanger packs. They had the "contains 5 rookies" one, as well as this:

I hadn't seen one of those before, so I opted for it. After all, a new type of repack should always be explored by someone like me. I didn't do half badly. I didn't get just 10 HOFer cards, I ended up with 19. Plus, I did hit the 1 in 4 memorabilia card (which was actually a stickergraph). So, I'll lead with the HOF content, then hit the rest next time. 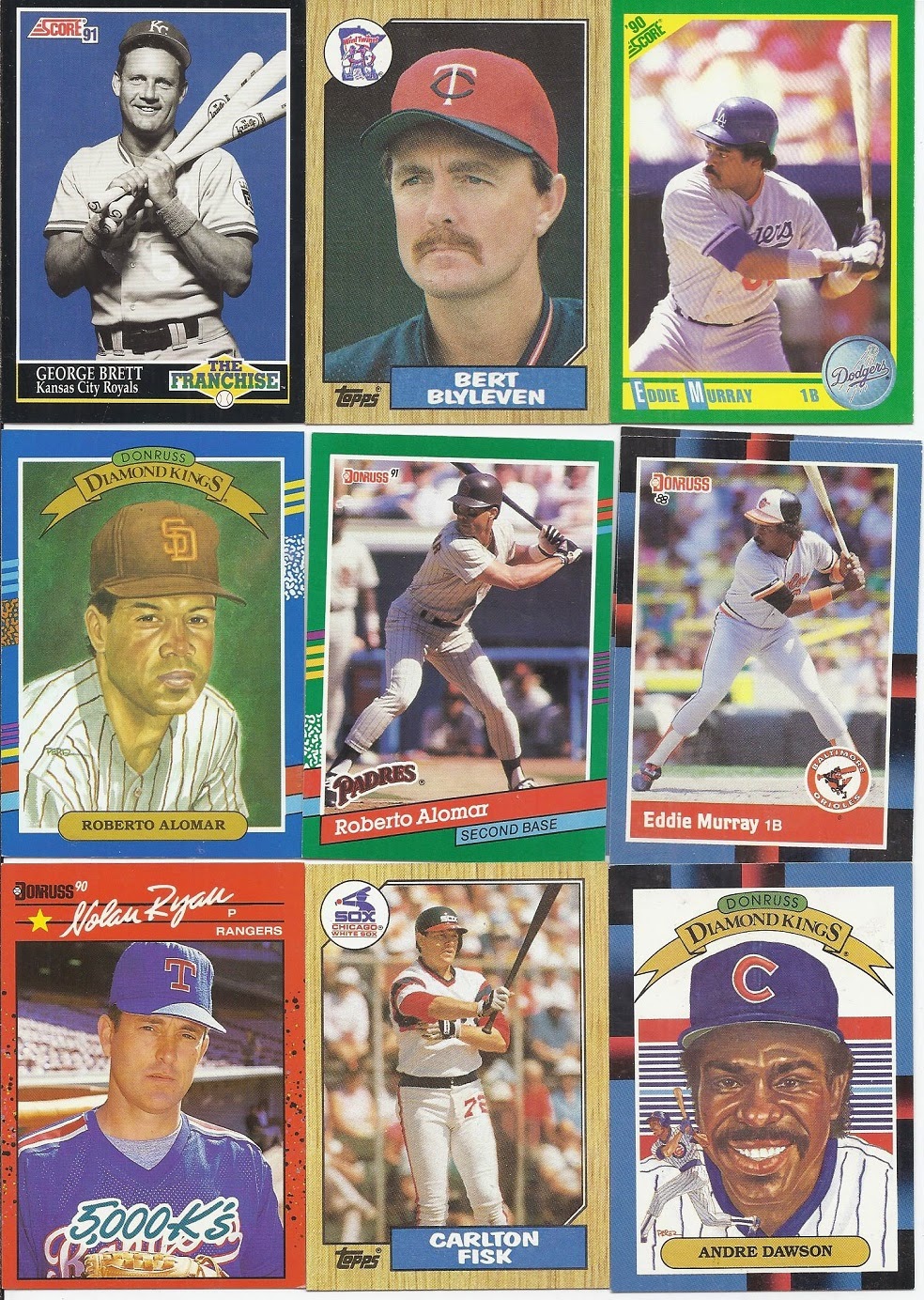 The first group in the first half pretty much had what I expected. Junk wax era HOF cards.There were dupes of the '88 Eddie Murray, meaning I'd already pulled 10. Roberto Alomar looks about 70 years old on that DK card, but that poor DK is made up for with that really nice Dawson. My favourite though is the Bert Blyleven, namely because I really don't have too many of his cards where he's sporting only a moustache. 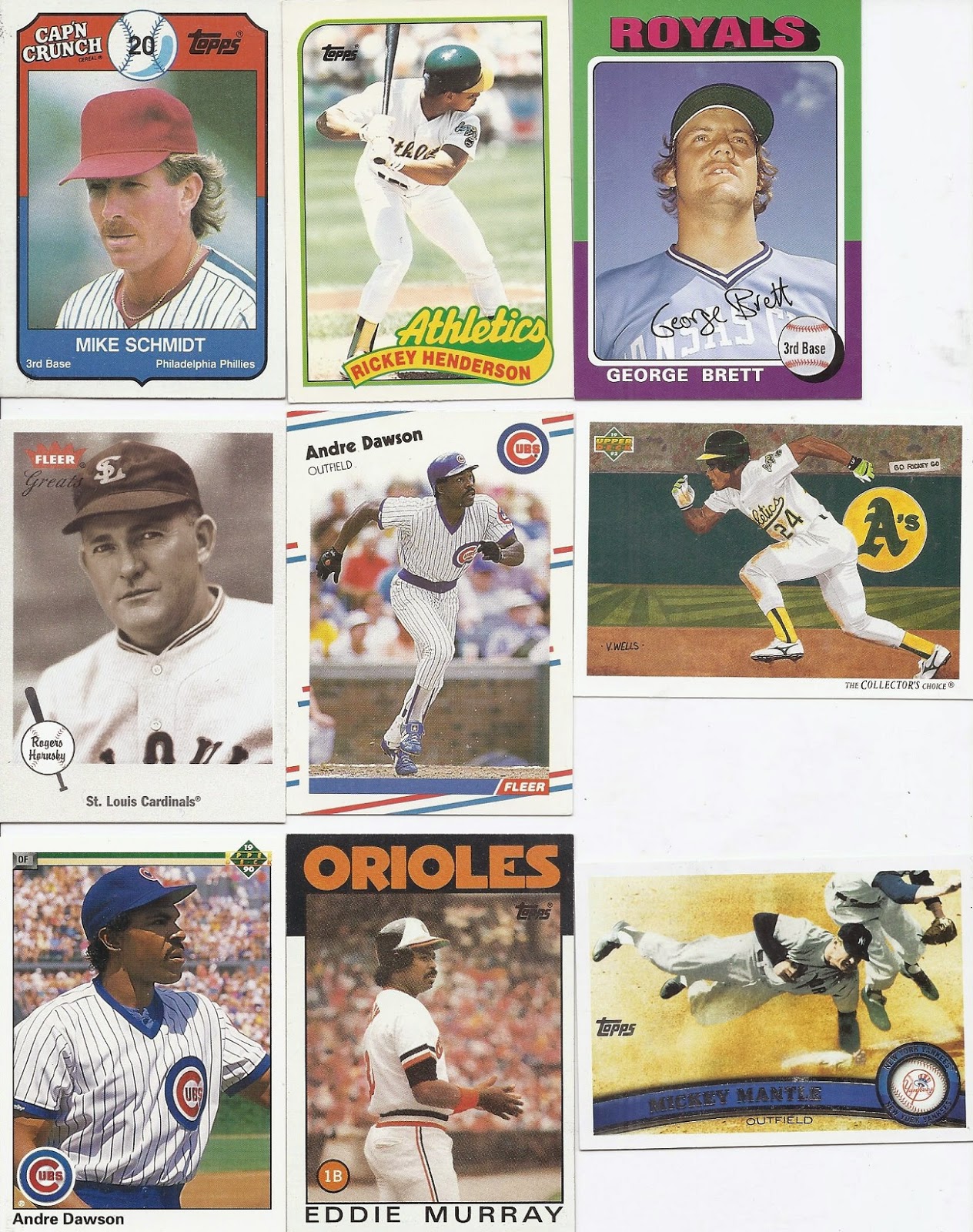 I expected more of the same on the second time, but I was pleasantly surprised. We start with an oddball, and then a traded card. Then, a card from a set I'd never heard of before, but COMC tells me it is from the "Rookie of the Week Card Shop Promotion" set. From there, a nice Greats of the Game card, and some players making repeat appearances. Lots of Eddie Murray, Rickey Henderson and Andre Dawson in this repack. I do like the outfield shot behind Dawson. And to wrap it up, one of the lost, missing, honoured #7 cards for Mickey Mantle. And with a great photo choice for a retired player. 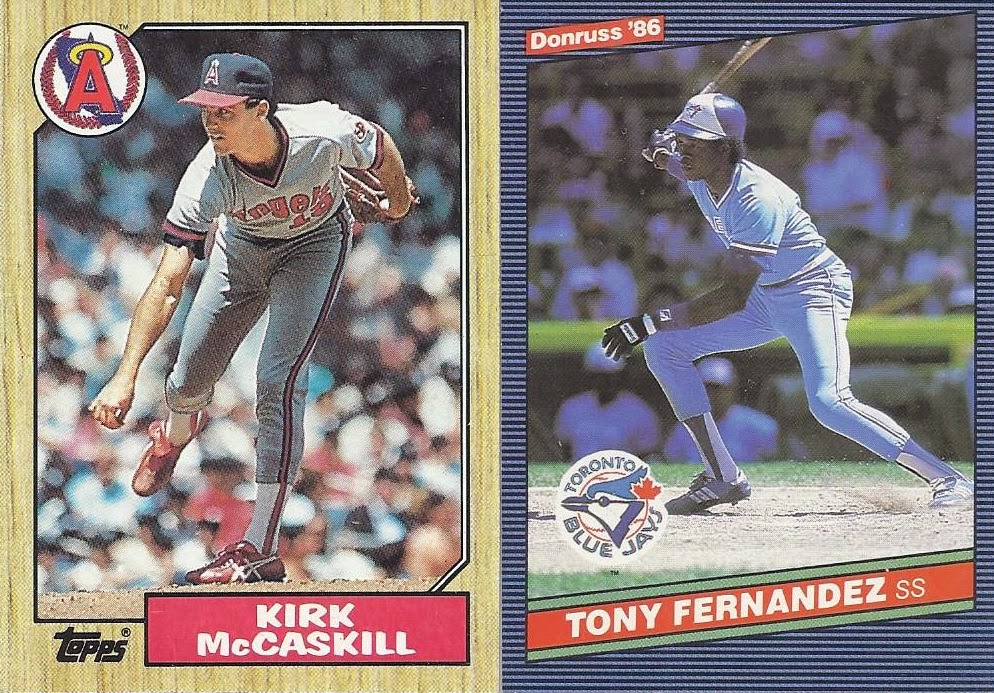 And even a pair of Canadian Baseball HOFers. Tony Fernandez and the pride of Kapuskasing.

And now, I've got 80 more cards to sort through and get the highlights from.
Posted by buckstorecards at 08:56