My favourite set of the year dropped recently, and I finally had a chance to get to the store and pick up a pack. 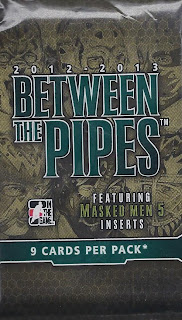 I'm going to resist the urge to bust my way to the complete set and simply either pick up the base set on ebay, or perhaps hunt down one at the Expo on the weekend. The one pack I grabbed contained no hits,   but still some nice cards. 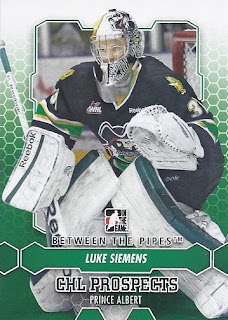 Luke's wrapped up his overage season in the WHL. Undrafted in the NHL. Still, a mask binder certainty card, although the other side of his mask is far more interesting than the one that appears on this side. 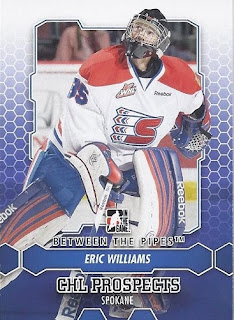 A bland, black mask. He was traded from Prince Albert to Spokane during the previous season, so perhaps this was a stopgap paint job. 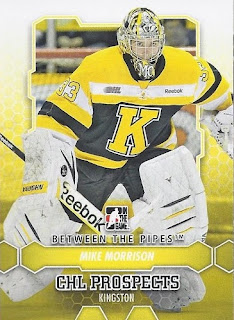 Another overage player. Wow. I do like the honeycomb design to go with the team's colours, but that's way too much yellow for a hockey card. Even by 1991 Fleer standards. Yowch. 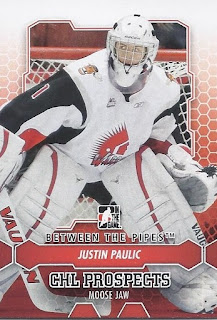 Another plain mask. Although after just watching the Rifftrax interpretation of "The Apple", Moose Jaw will always be my pick for most hilarious Canadian prairie town. But only if "Moose Jaw" is pronounced by Shake from the movie. 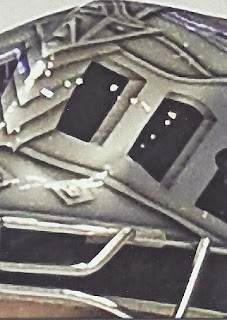 Decoy/blocker card.  Now we're off to the decades portion of the pack. The bulk of the checklist is cards from the decades and CHL players, and the only cards I found in the pack were from this subset. 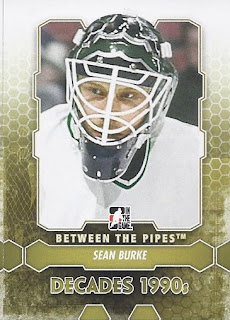 Here, the  border design changes from the team colours to a generic one. Sure to make it a little more challenging for box breakers. Still, we do get a good view of Sean's Whalers mask. Binder worthy. 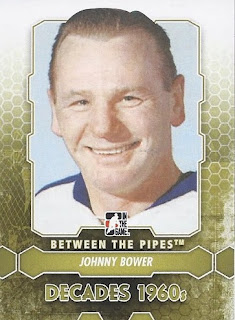 How can you hate a card of a man who gave the world "Honky The Christmas Goose"? 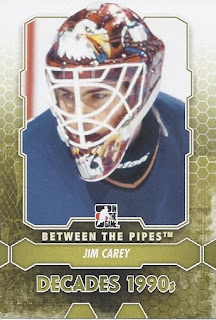 Jim Carey. Although he flamed out pretty quickly after a pair of really good season in Washington, this is another mask binder certainty. Although I'd rather have his "The Mask" mask. 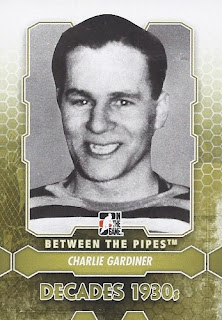 And finally, someone well before my time that I'd never heard of prior to pulling his card. But anything that creates an inspiration to google the player is always a good card.

Posted by buckstorecards at 03:41