What vintage lurks in the hearts of repacks?

At the Sunday show, there were several team bags of baseball repacks. $1.00 each? There were random team sets. I grabbed an O-Pee-Chee Cardinals set to send off. I also picked up a Philly team set for some reason. Any Phillies fans out there want a team set with 1991 Topps fronts and bilingual backs?

Enough of that. There were also bags with random cards from 1981-1985 sets in the bin. I scanned through the bags, and picked up a couple of them. Both had visible cards that would fit in my various collections. 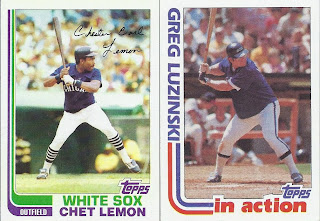 Oddball uniforms! I was kinda hoping for a team set, but these were the only 2 there that featured yet another gem in the history of the White Sox uniforms. Luzinski looks more like a beer league player than a major leaguer, but that's the charm of this card.

The other one had a pair of hall of Famers visible. 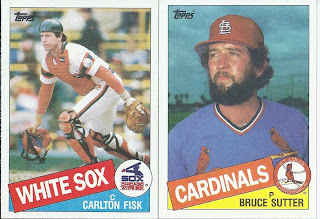 I'm not sure which one I like more. Fisk is the better photo, but Sutter is the more interesting uniform of the bunch. Still, both will go into my misc. binder. There was a nice variety among the cards within the repacks. I'm particularly fond of the Tiant and the Nettles. 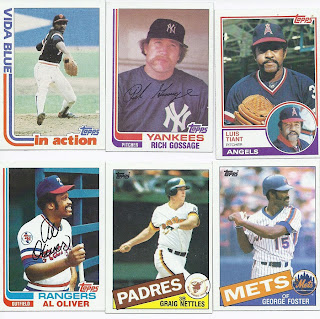 But I'm not the type to make a post out random 80s cards. Am I? OK. I probably would. But the title indicates otherwise. Since hidden in these repacks were these two cards. 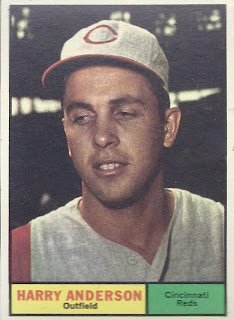 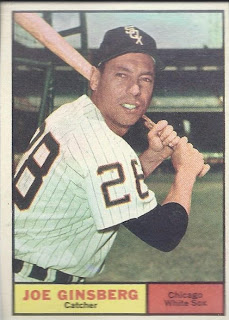 Sweet 1961 vintage! These two cards instantly became the third and fourth oldest cards in my collection. Do I care that they're commons? Nope! These two instantly got put into sleeves and into hard top loaders. I don't care that I can pick them up for less than a buck on COMC. They appeared where I didn't expect them, and they're awesome additions for that reason.