Finally, the mailman rapped on the door, dropping off a box that contained my highly-awaited 2013 Jumbo Box of Topps cards. Yes! I was all over the box like a 5 year old would go after the tree on Christmas morning. Since this is really like Christmas to us card people. Plus, it was some of my Christmas money that I finally spent on this box.

Once I start going through and start sorting and ordering the cards, I'll probably do a Top (X) photos thing like I did for Upper Deck hockey. That's still a few days off, though.

Overall, I was very happy with the inserts that I pulled. Some nice ones for my personal collection came out of the box. Of the rest though, pretty much everything is up for trade. But, if nobody wants anything, I will add them to my various binders with no regrets.

Enough written babbling. Off to the cards! I'm going through these in the order of the packs I opened. 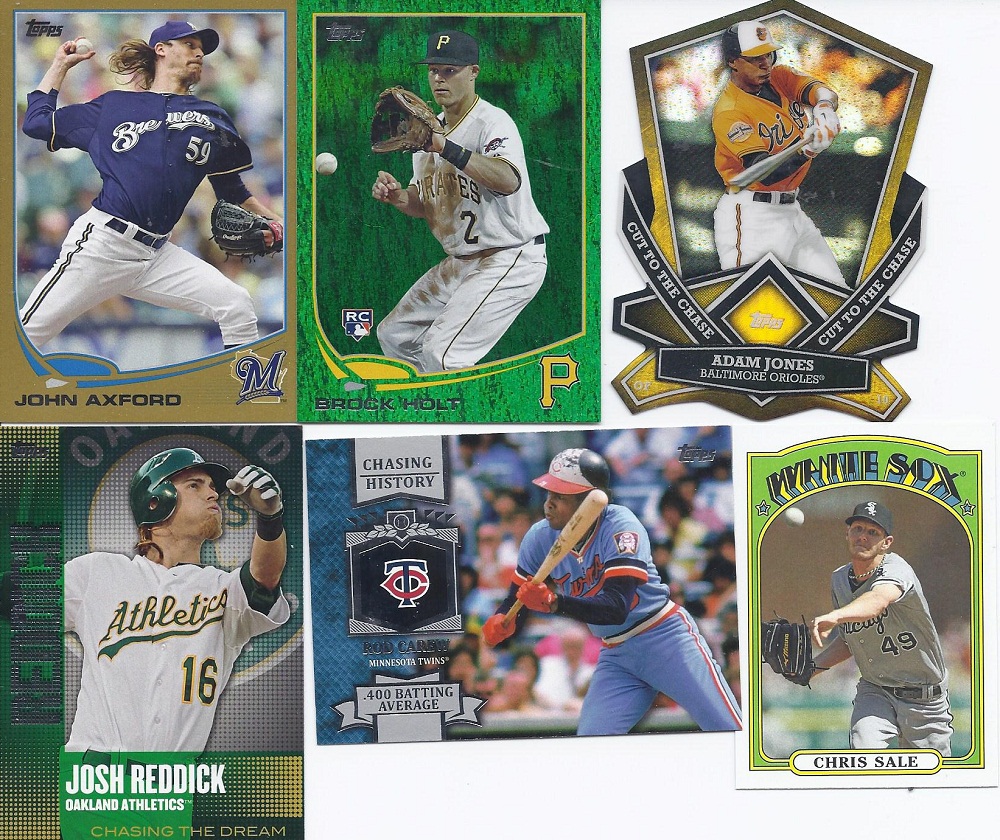 It's always nice when the first insert card you get falls into a category of players you collect. In this case, Canadians in MLB and the pride of Port Dover, Ontario - John Axford. For those that care about such things, the first base card was Adrian Gonzalez. The other highlight for me was the Carew Chasing History card, primarily because it features a classic blue road uniform. The story on the back of Reddick's card is great. He was cut twice from his middle school team, and learned the game from his father, who had lost both of his hands in an accident. Definitely a story you wouldn't hear about in the media, since Josh plays in Oakland. 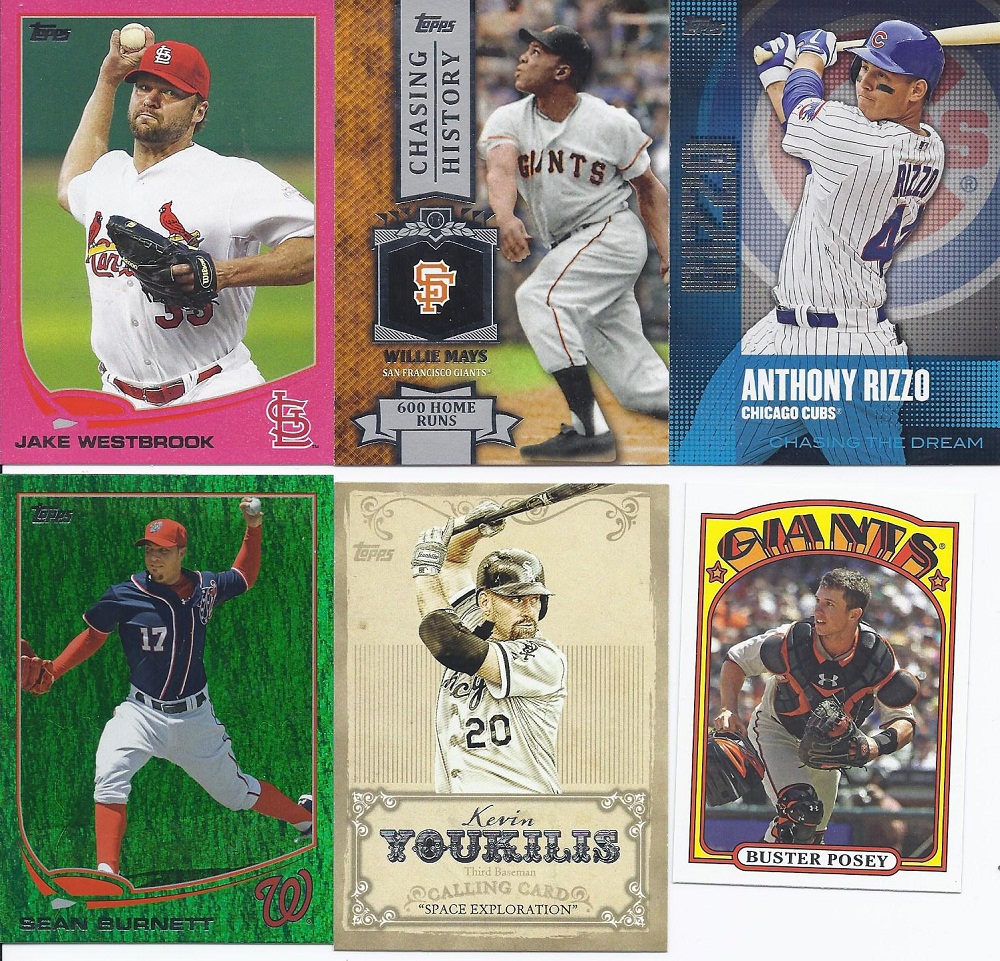 I wasn't too sure about the pink parallels. However, at least with the Cardinals as the team, the design works overall. I definitely could have done worse, and from watching the box breaks, I haven't seen a lot of the /50 cards pop up. So, it was nice to grab at least one of them from my jumbo box. I guess it is the first hit of the box. I love the look of the Calling Card inserts, and the back describing one of the player's signature style. For the Youk card, it is about his pre-swing routing.

The first big collation issue came with pack #3. Cards 1 through 5 were #230 - David Robertson, #306 - Jerry Hairston, #104 - Jed Lowrie, #273 Dexter Fowler and #195 Chris Heisey. After a Ryan Sweeney, Bobby Parnell and Kevin Millwood, cards 9 through 14 were the Robertson through Heisey bunch again before the horizontal cards appeared. Just ugh on that. Now, off to the inserts, and hit #2, or the first depending on your perspective.

Wow. That is one heavy Josh Hamilton card. It's out of /99 too. I've never really been a "Hey, I'll flip this on ebay." type of person, but I'm really tempted to do that to recover some of the cost of the box. Unless someone in blogland really wants it, and is willing to part with some Blue Jays/Mets relics/autos for it. It does have some small imperfections on the bottom back of the card. Looks like it comes in at 1:130 packs, so it is a nice pull. 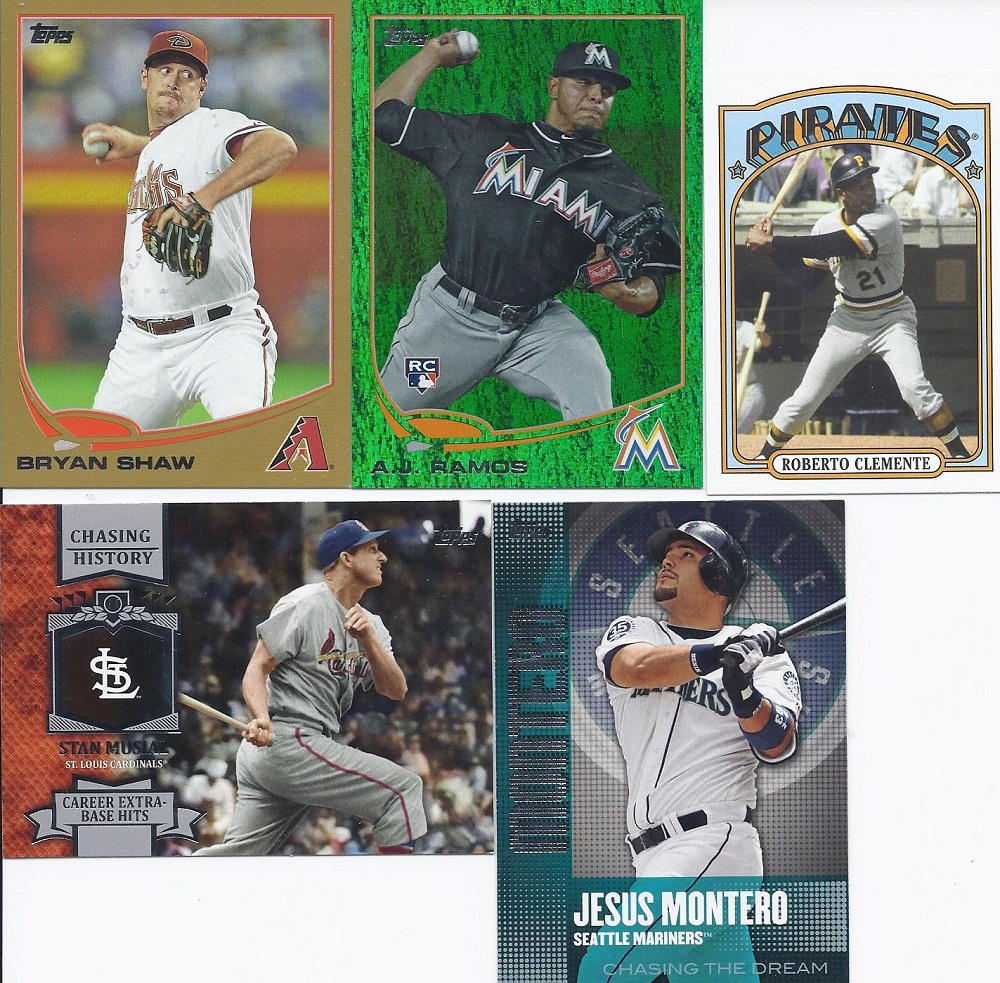 I always love pulling non-Yankee legend inserts. This one brought home two with the Clemente and the Musial. 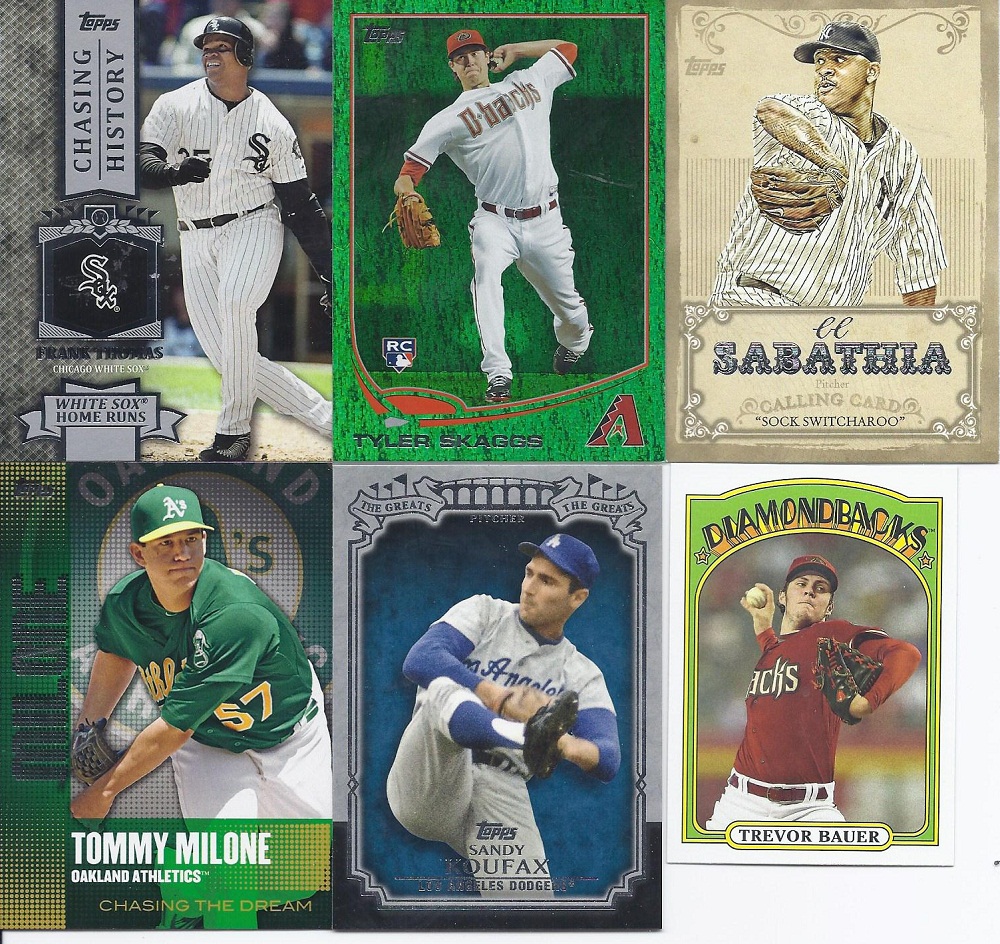 The Koufax card is pretty thick.  When I compared it to the relic insert (in pack #9) , they appeared to be just a smidgen thinner than that. Is it wrong for me to hope that it frustrates the pack searchers of the world? No? OK. Just checking.

I'm kinda disappointed at the lack of Mets and Jays among the inserts in the first half. Fortunately, that changed in the second half.

Posted by buckstorecards at 11:04