Something interesting happened with my latest pick up of 2 boxes at the Dollarama. They both contained the exact same type of packs within. An 80s pack, an investment pack, a Hall of Fame pack, and a pack of 2000s cards.

So, I guess that means a pack war. Same # of cards, so everything should balance. A maximum of 5 points added or 5 subtracted for each card. 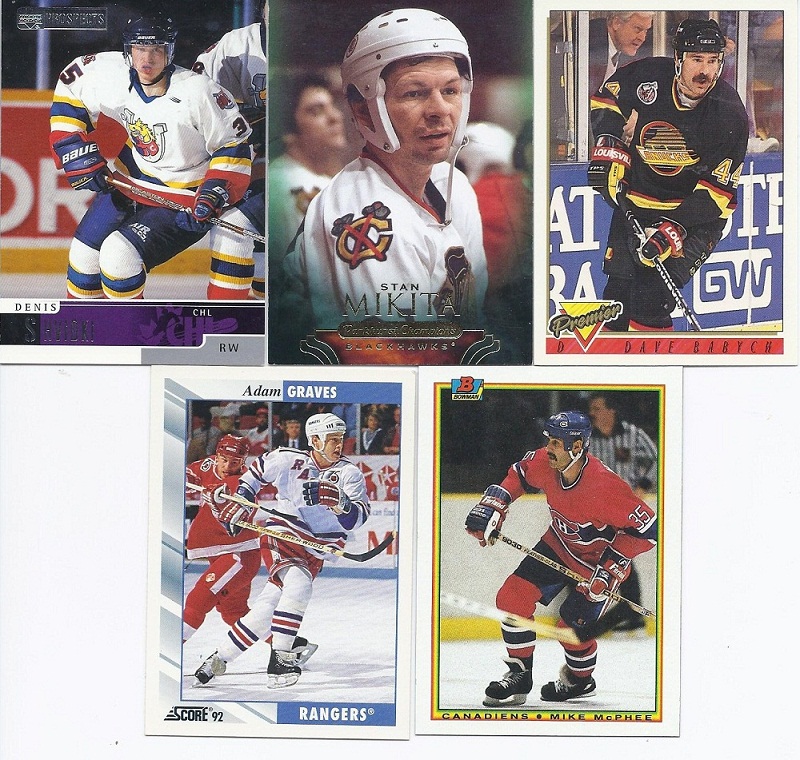 I'll start with the Hall of Fame pack with at least one HoFer. It's probably cheating to give one of the Parkhurst Champions cards in these. But that's a nice card of Mikita. +3 for that one. +2 for the minor league card, and +1 for the Babych. -1 for yet another dull 1990 Boman card. 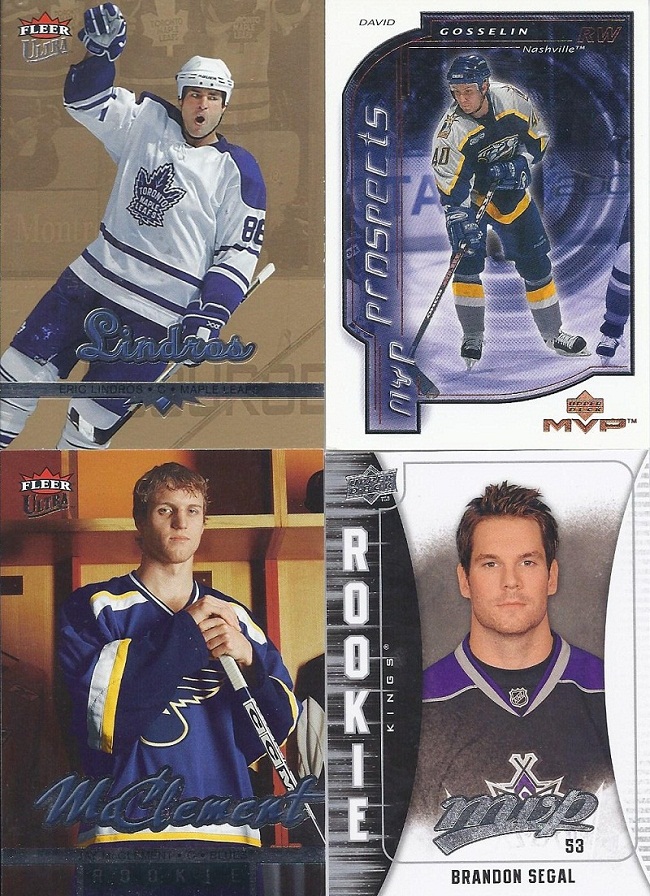 The investment pack features 4 cards that supposedly book for $5.00. COMC had the 4 at about $7.00 for the cheapest, and sportlots came in at just under $4.00. In both cases, the costliest was the Segal card, at $3.50 and $3.00 respectively. I'm guessing it was SP'd more than I imagined. Overall though, -1 for Lindros being a Leaf, +2 for the nice card of McClement, and +2 for surprising me with the cost of the Segal. 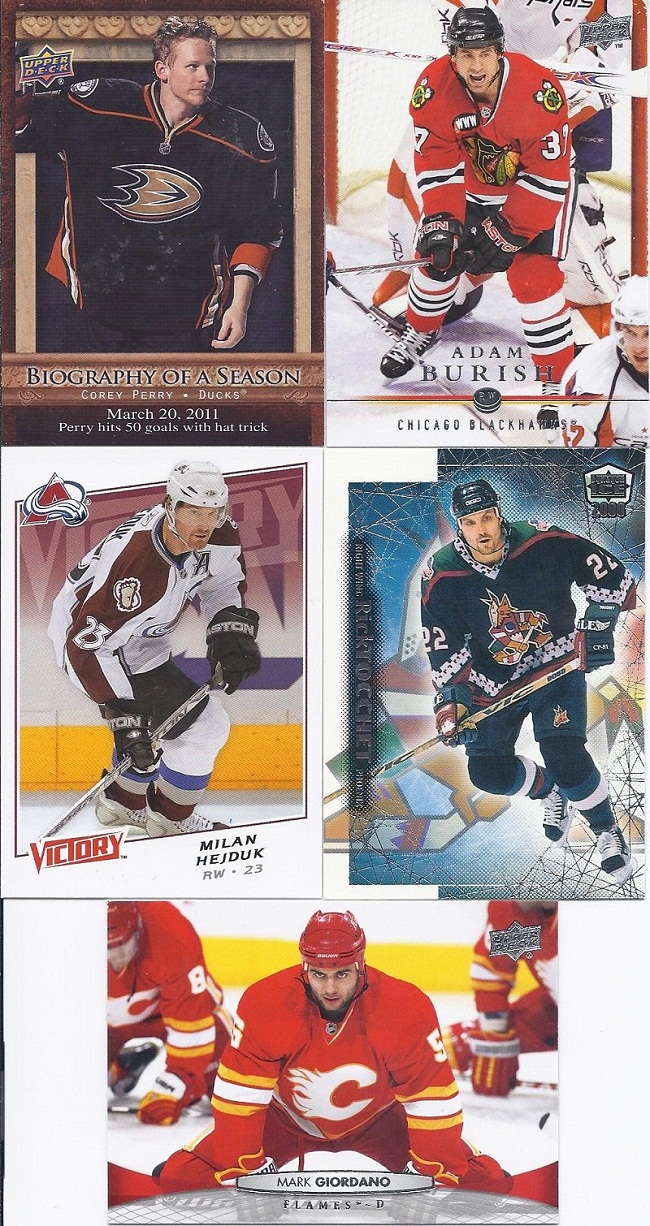 Unfortunately, I already had the Hejduk card for my 2/14 binder. That's a bummer, but it is made up for with the killer photo on the Giordano card. There's a scary stare. It's nice to add that one into my misc binder with that. +3 for that one. Nothing else there positive or negative. 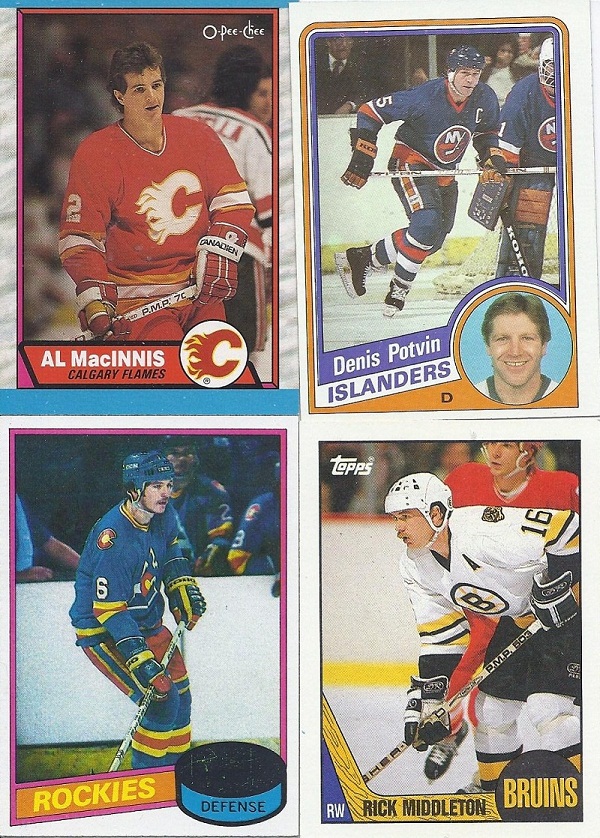 Wrapping it up with the 80s pack. 2 Hall of Famers in this one, 1 more than the specified pack. The unscratched card is a Rob Ramage rookie card. Middleton's also a nice addition. I've already got the MacInnis, so nothing there. +2 for the 84-85 card on basic design with a +1 for it being a very good player. +3 for the Rockiesness of the Ramage rookie, but -1 for the worst idea in cards ever. +2 for Middleton.

+19 for this one. The final pack really upped the enjoyment level of this one. 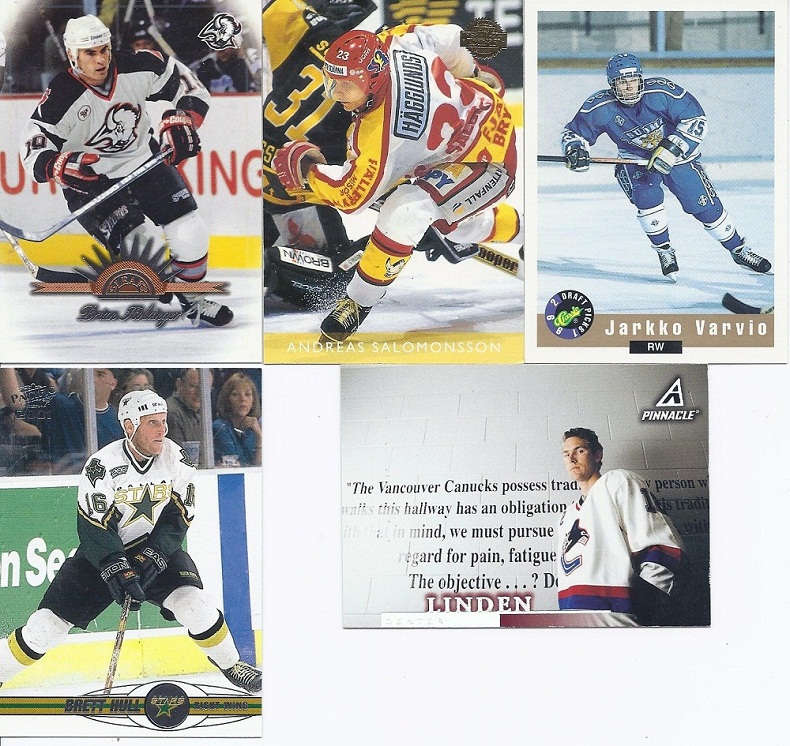 Again, starting with the Hall of Fame pack. The HOF card isn't the best, but in this one the others make up for it. That's a great shot of Linden - a certain keeper. +3 there. The real star is on the top though. Totally obscure, and therefore awesome. It's from a Swedish Leaf set, although I barely remember Andreas Salomonsson from his time with the Devils.  +5. 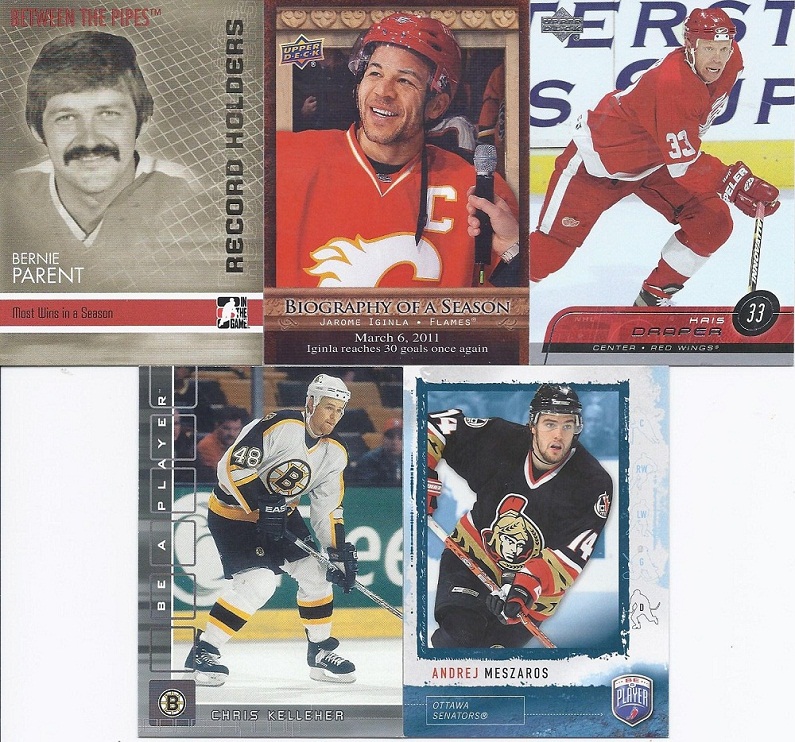 This was the 2000s pack. A Parent card without his iconic mask? Bah. But, we did get a Senator and an obscure player in Kelleher. +1 for each of them. 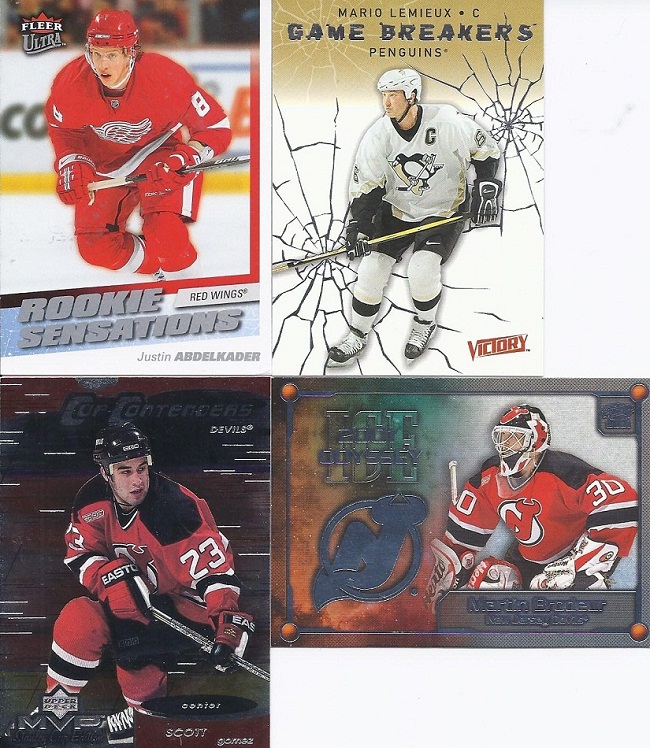 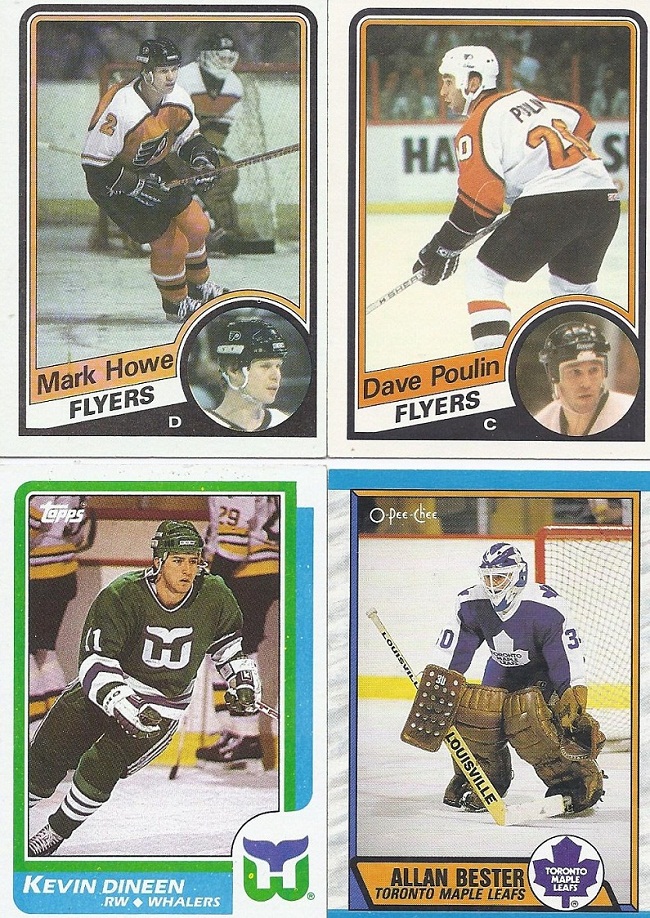