Some goodies arrive from sportlots

Ahead of a nasty storm blustering through the area tonight and tomorrow, a couple of envelopes found their way into the mailbox today, and they knocked one off my Top 10 wanted list, as well as added some new cards into the birthday binder.

Firstly, the basketball portion of my binder is rather pathetic. I've got a Richard Hamilton card, a couple Gheorghe Mureșan cards, and that's it. I admit I was thrown by the fact one of the 2-14 players is listed as Wali Jones at basketball reference, while most of his cards are under the name Wally Jones. On the upside, I do have some Tyus Edney cards on the way. In the meantime, these three cards will double the # of basketball cards within the binder:

While Richard Hamilton is the best player of this bunch, easily, my favourite card is easily the Darius Songaila. Throwback jerseys (in this case, the one season Chicago Zephyrs) are always an effective tie breaker.

Also, a single baseball card joined the binder as well. But with a total of only a small number of cards of this player to choose from, I really couldn't get picky over which one to add. 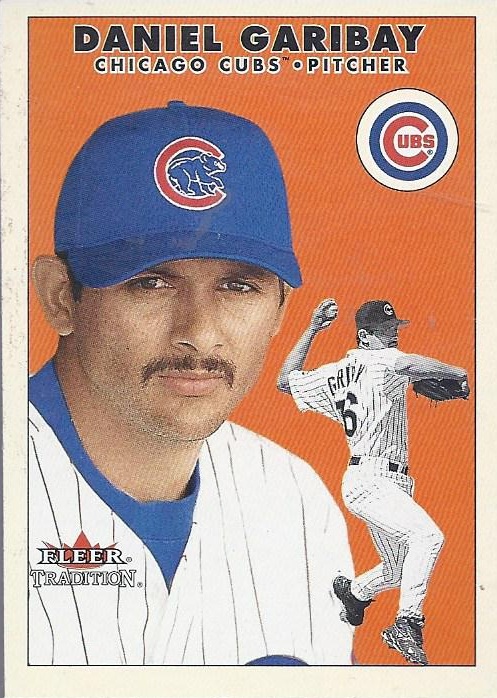 Finally, I also added a bunch of football cards to the binder, picking up a variety of players. Of these, I think that Roy Barker is the only to reach triple digits for games played. My inner 12-year-old giggled when picking up a card of Harry Colon. 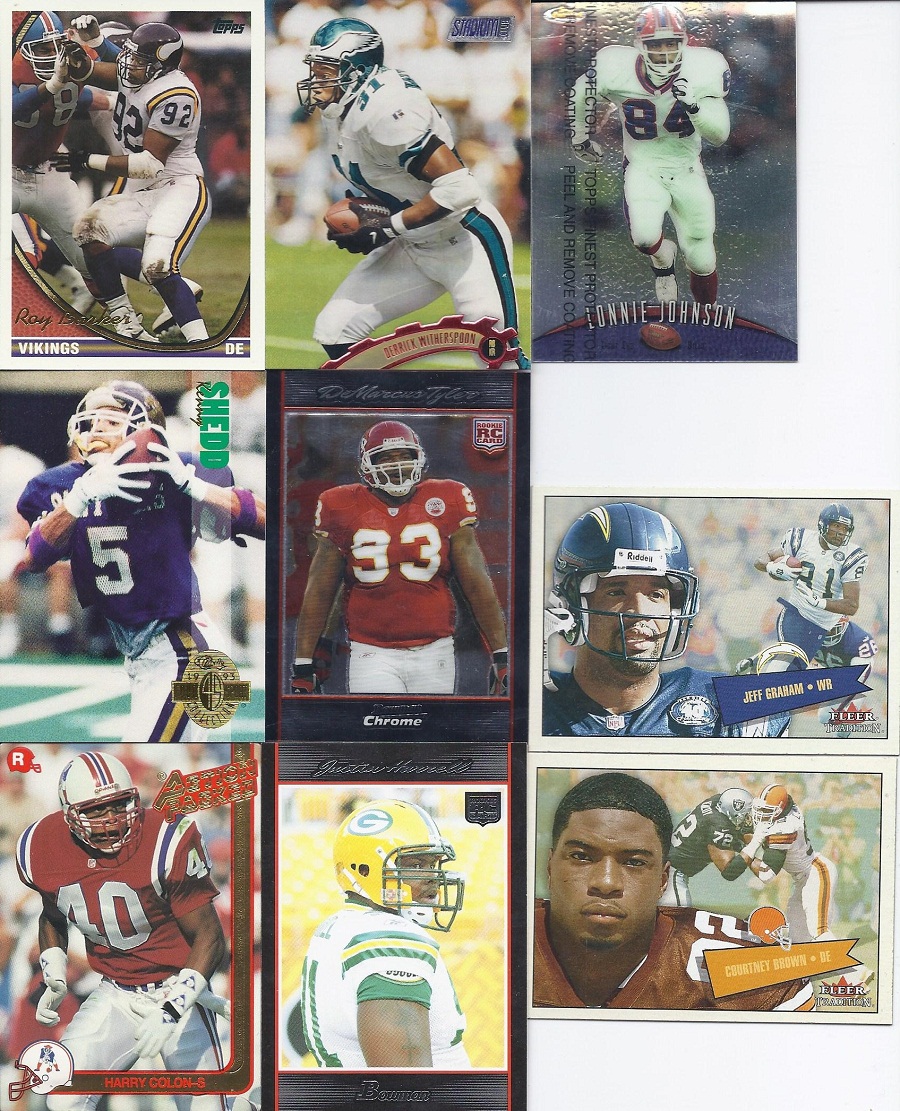 A bunch of 18 cent cards from a variety of sets. I'm sure the seller loved me.

And finally, another one drops off my wantlist, as another Canadian great comes into my library. 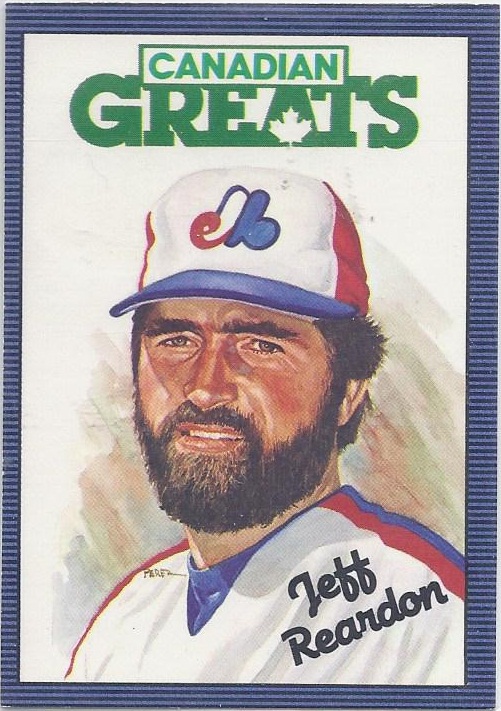 Although, thanks to an MST3K riff during one of the season 2 biker movies, I can't help but think "Jeff! Your rear's done!" whenever I come across one of his cards.

Posted by buckstorecards at 13:52