2 boxes from a new Dollarama down. 2 to go. What awaits in these? 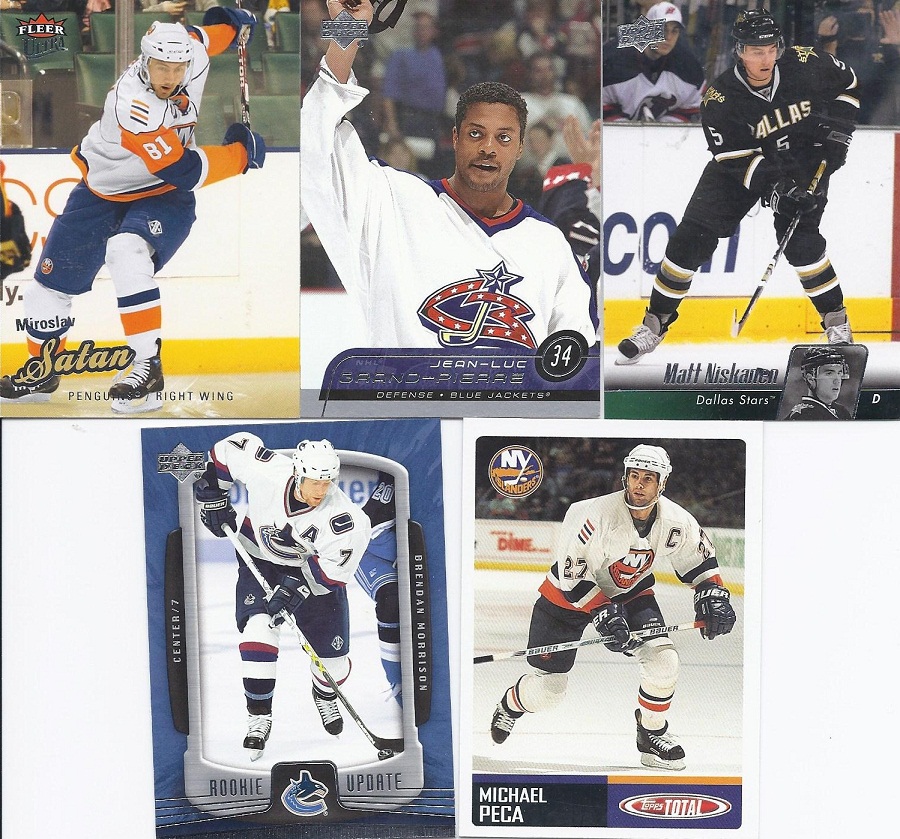 Opening up with 5 cards from the 2000s. Jean-Luc Grand-Pierre is the greatest name in the history of hockey. At least in terms of saying it aloud. There is no way to say it without it sounding great. It would sound awesome spoken by James Earl Jones or Pee Wee Herman. As for the rest, at least I've got the first Michigan alum for whenever the next care package goes out. 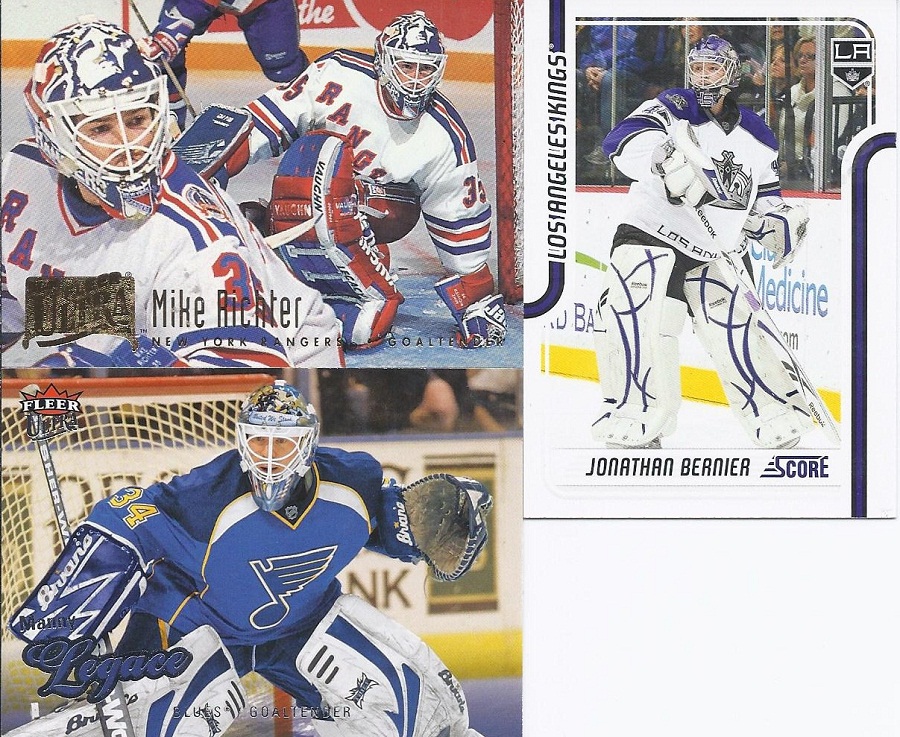 And yes, the Fitzpatrick card was part of this goalie pack. I've scanned that card far more times than any person should. Among these though, all are binder worthy, and I would have paid $2.00 just to add that Richter card into my binder. Seriously. It's a beautiful array of photos of a classic mask. 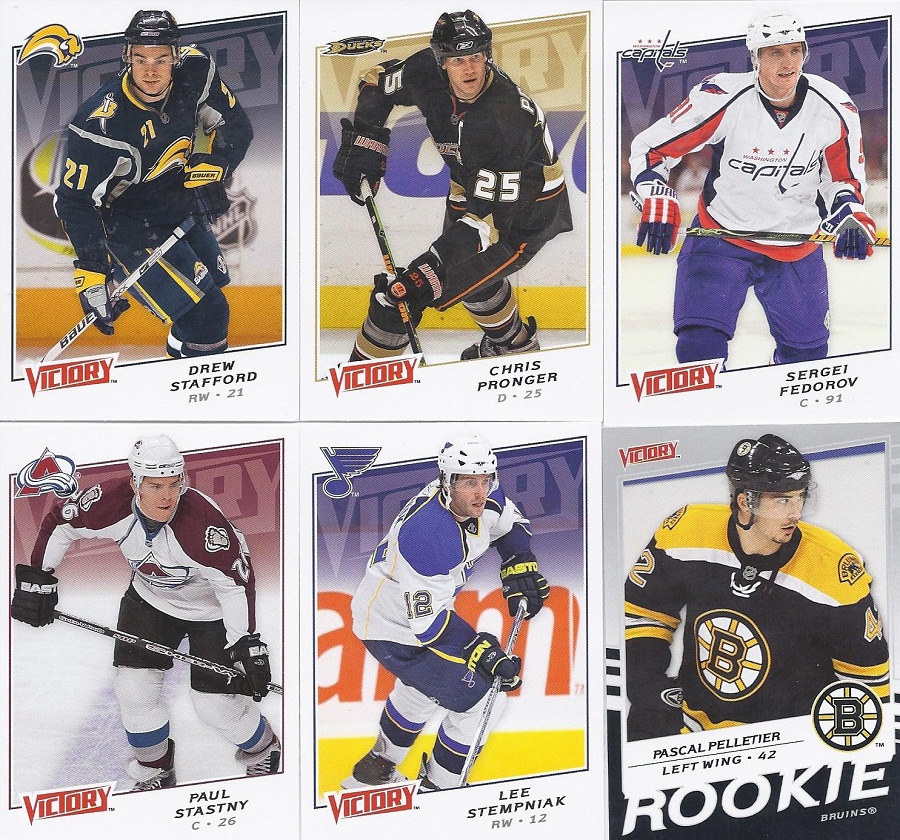 Not much in this pack of Victory. I do like the Fedorov for being in an unfamiliar jersey, although any card of him where he's not in Detroit colours looks off. 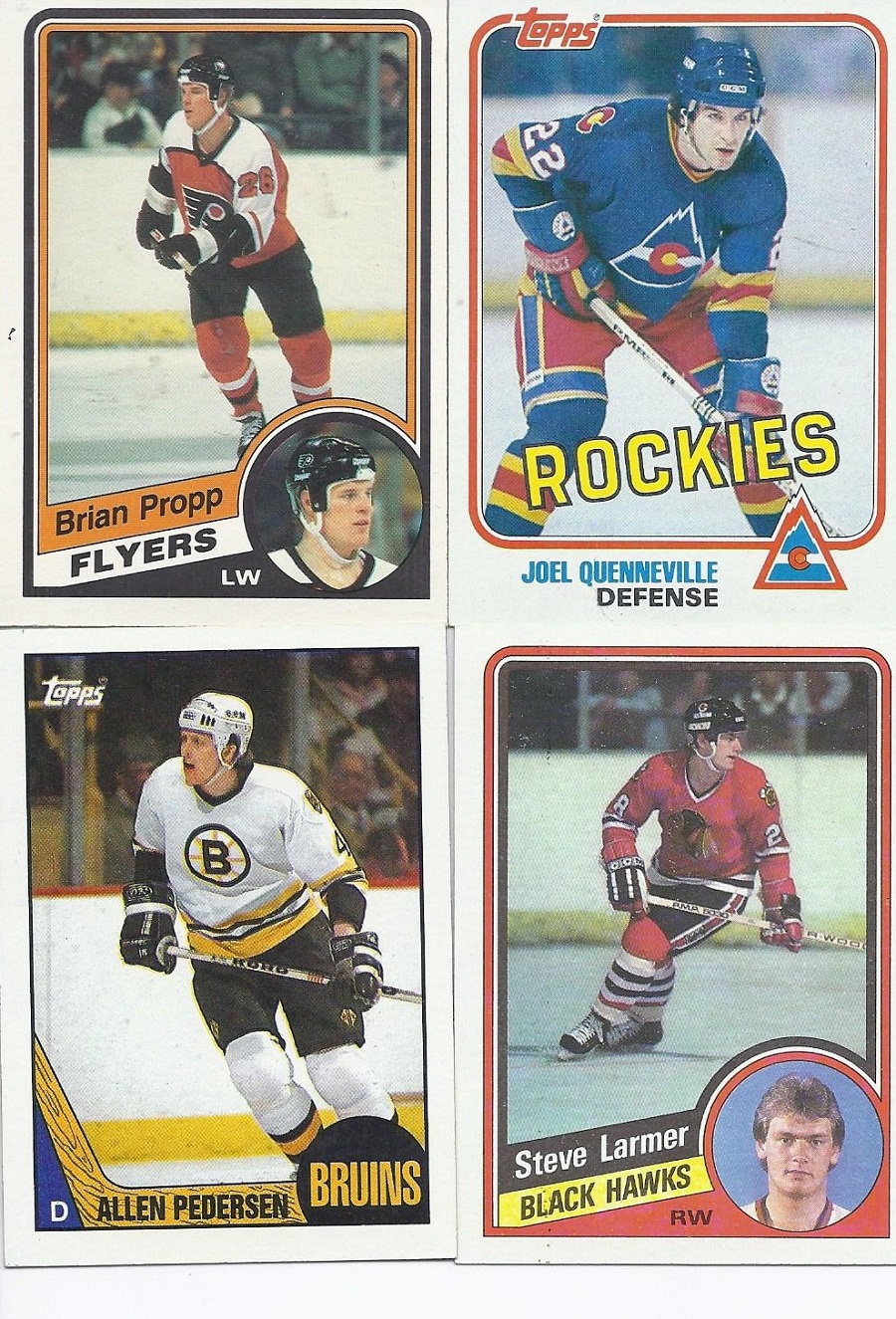 I love pulling Colorado Rockies cards. Expecially ones with a perfect shot of their uniform. I like the Larmer as well, as it seems that the main photo works perfectly with the smaller one. 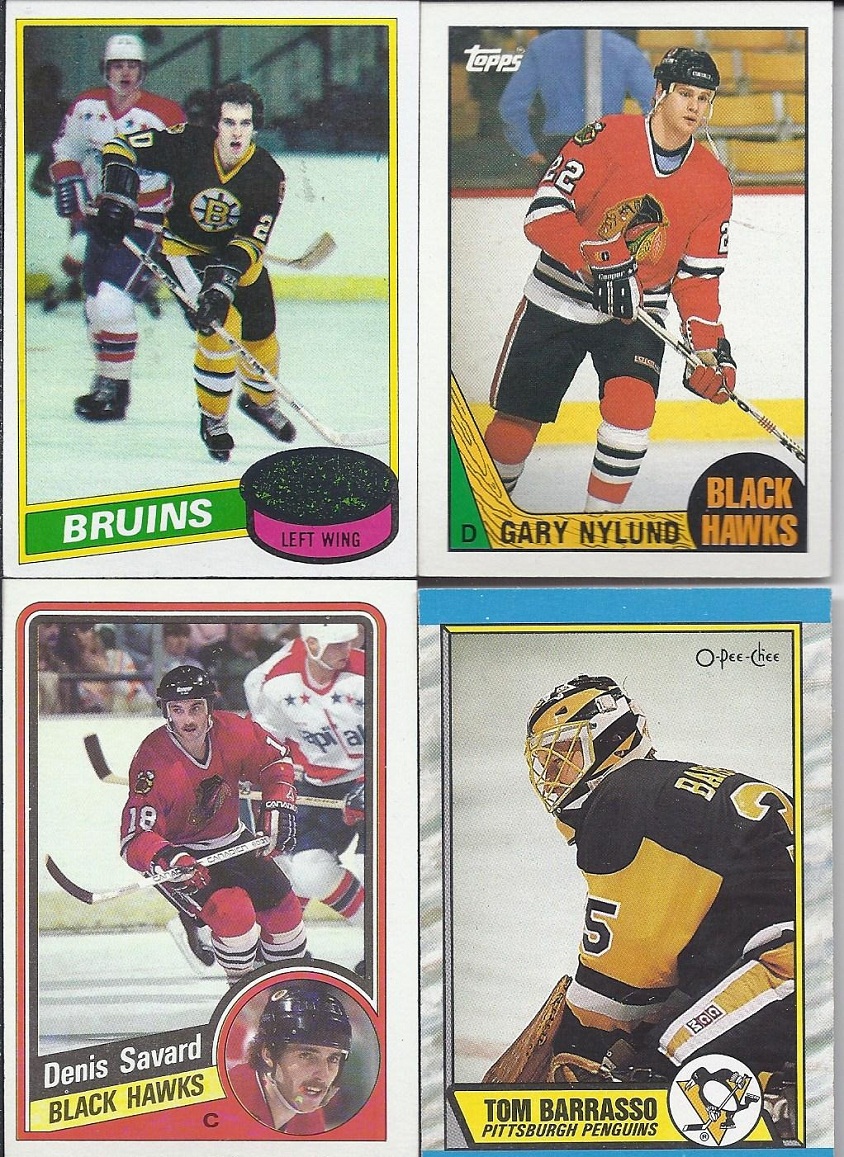 This is the 5 card pack with a guaranteed Superstar. It's probably the Stamkos, but depending on your perspective, arguments could be made for 4 of the guys here. Sorry, Mr. Quinn. 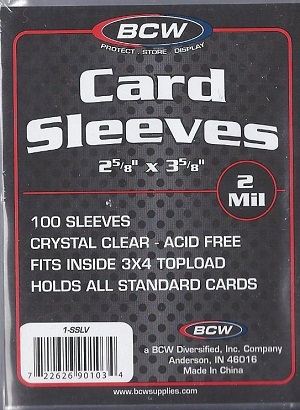 With all the cards I'm sending out this week, I could definitely use these!

Wrapping things up was a jersey card. Who would await me within? Kenny Jonsson?  Jussi Jokinen? 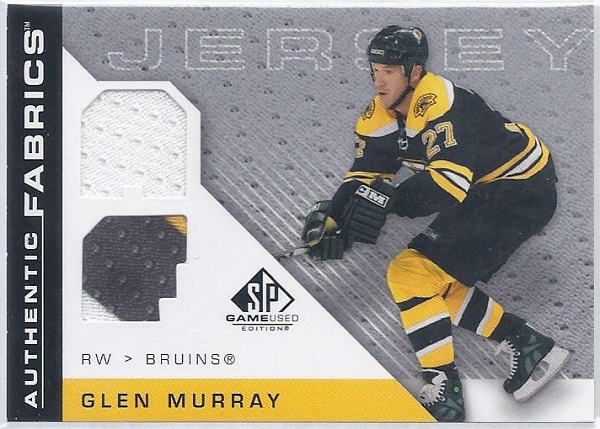 Awesome! A double relic, with one being a three-colour one. Beauty!

Another one without a whole lot of cards, but I think the only two that won't find their way into binders of the whole bunch are the junk wax era Chelios and the Quinn.

Even if the final card were just some random 90s junk wax, I still would have fun busting all those boxes without going to into double digit funds. If you can't have fun with repacks, you aren't trying.
Posted by buckstorecards at 18:37