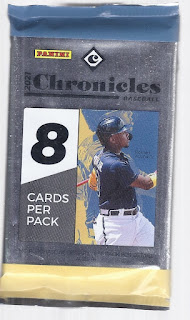 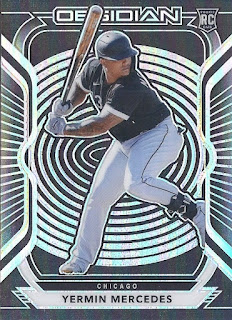 While I will always love adding a new card to my 2/14 collection, it is always nicer when one pops out of a pack I personally open. Here's my 6th Yermin card in the binders. I've grabbed the White Sox in a recent 8 box break of this, so I'll have more of his cards to show off shortly. 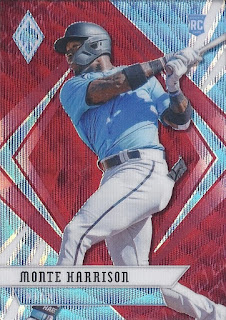 Let's add a parallel to the bounty of this pack. A shiny ruby red parallel from Phoenix /299. 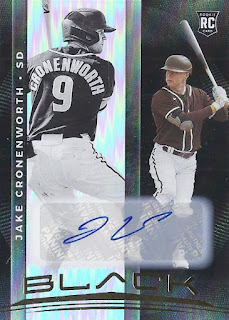 And my tendency to pack pull autographed cards bound for Ann Arbor continues! At least I continue to load up for that eventual package.  I think Black is another product making its first appearance in Chronicles baseball, and at least this card really does give the vibe that is might be the same at bat, albeit photographed from different angles. 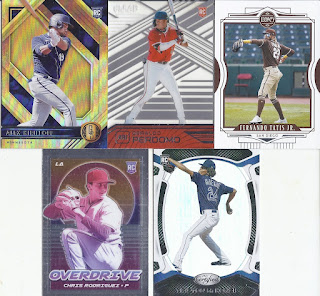 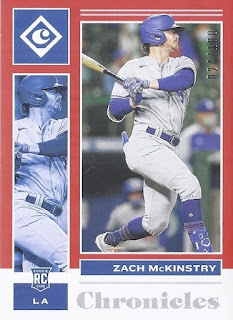 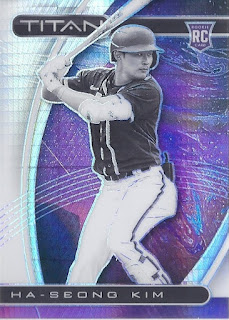 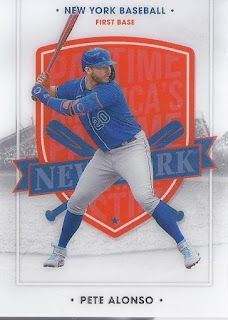 No hit in this pack, but at least the America's Pastime card was a Met...er...New York card. 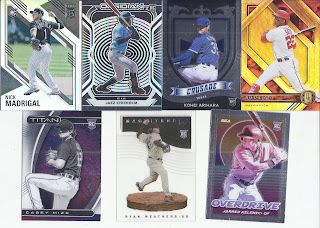 And it is another pack with more than 8 cards contained within.
Pack 6: 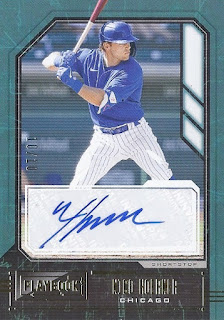 Not too bad for the final hit of the box, even though there are a lot of Nico Hoerner autographs available on the secondary market. Not that many of them are numbered /10, though. 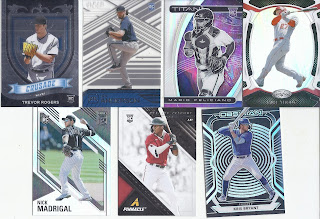 And the last batch of non-hits from the pack. The Mario Feliciano is an unnumbered holo parallel, an that Trout was the final card of the box, and that's definitely a solid player to wrap things up with.
And that's the box. It advertised more than 25 iconic brands, and I think I saw 23 of them in the break. Next time, something a little more consistent in terms of design with Elite Extra Edition.
Posted by buckstorecards at 13:11