Wrapping Up The Trade

With this post, the final nail is put into the coffin of the Michigan mailer. 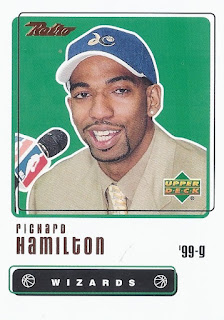 While much of the 2/14 content was football related - there was this lone basketball entrant with a draft day photo of Richard Hamilton. Given all the photo shoot cards nowadays, this really is a retro card. 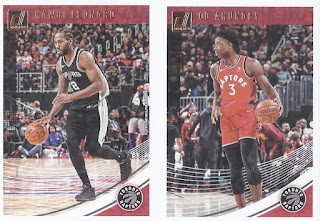 A couple Raptors. Anunoby is starting to emerge as yet another gem that the Raptors picked up late in the first round. Now if only they could play all their games on the road this season, they'd have a far better record. 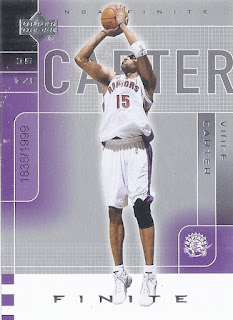 It is a little hard to see, as perhaps the ink started to fade the deeper they got into the numbering, but this Finite of Vince Carter is limited to 1999 copies. 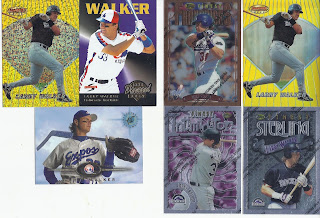 Some baseball miscellany as I switch back to that sport with cards that aren't Jays or Mets. There's a bunch of Larry Walkers for the CanCon collection (that goalie stick photo remains a classic) and a single Mike Piazza for his PC. 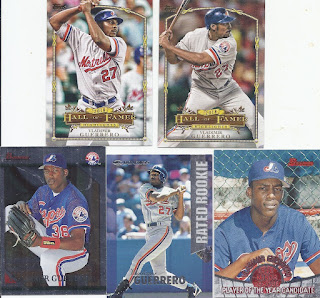 You can't have Expos content without Vladdy, and here's 5 of his card, with a mix of early career and post-career cards.

An autograph is a perfect way to wrap up this, with a player that had a perfectly respectable major league career, and one that started in Montreal.
There you have it! Thanks for all these goodies, Dennis, and as always, I've been reloading for the next mailer.

Posted by buckstorecards at 10:43