Time For a (Box of) Update 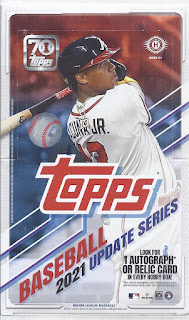 This box, to be even more precise. I'm not sure why the basic hobby boxes dropped today, when the jumbo ones were out last Friday. Other than to make the "gotta be first" crowd pay more for the privilege of busting packs.

Which I'm perfectly OK with. 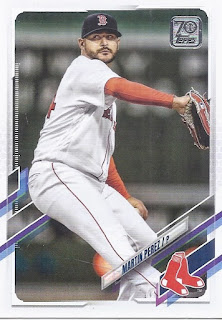 First pack. First card. It almost looks like the diagonal lines are acting as a chair for him. 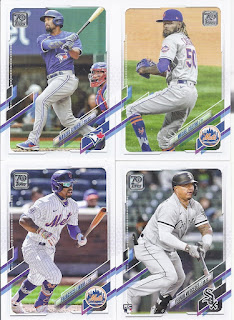 But there was plenty of PC goodness lurking behind the opener. In fact, the next two were Lindor for the Mets PC, and my second card of 2/14 baby Yermin Mercedes. Add a Jays card and a second Met, and that's a first pack I can really enjoy. Interestingly, this pack contained card #1 in the set (Lindor), as well as #330 (Nolan Arenado). 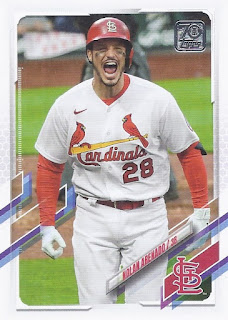 And why not show that one off as well?
OK. Enough about Pack #1. What else was in the box? Base card wise... 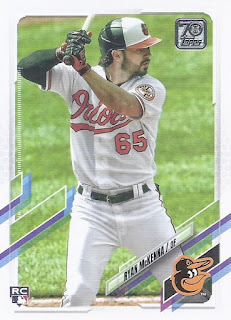 Yermin wasn't the only 2/14 player to make his flagship release debut in Update. Ryan McKenna, of whom I had a dozen Bowman/Minors cards of, gets his first Topps MLB card in this. 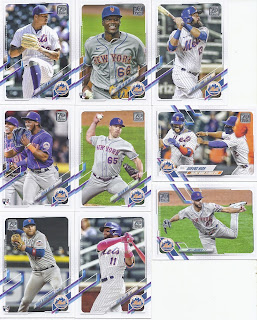 Mets content? I got the complete team set out of this, when combined with the cards in that earlier group of 4. 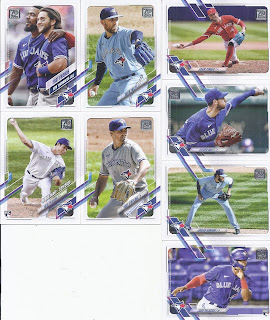 Alas, the Jays set was not completed, and it was the Alek Manoah that eluded me here, being part of the 22 cards I didn't get in the box. That Cimber is a beauty of a card - alternate uniform and a great sidearm delivery. 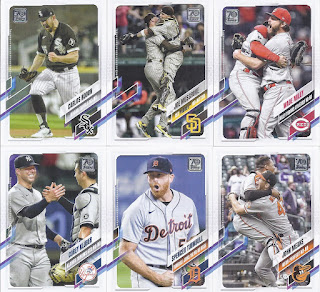 The Checklist/Season Highlights part of the set was the exclusive domain of saluting no-hitters. Six cards in this portion of the set salute the first 6 no-hitters of the season. 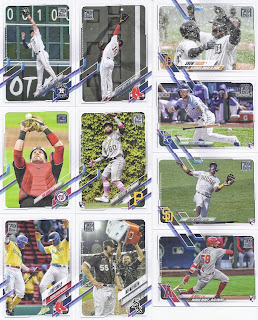 And to wrap this up, a selection of my favourite photos in the box. Catches, bunting, weather, celebration and some nice framing highlighted my box.
I still have the parallels and inserts to get to. While the Series 2 box got me both a /99 Vintage Stock and a /10 clear parallel, this one didn't get me anything as low as the clear card. It did get me a Hall of Famer's signature, though. That's next post!
Posted by buckstorecards at 17:11