Off to my latest shipment, which included a pile of additions to the hockey portion of the 2/14 collection. Some of these were acquired through trades on the epack site, some through cheapness on COMC. 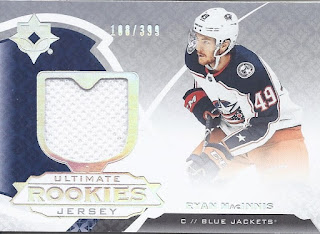 The best thing about Ryan MacInnis is that if I accidentally pick up a dupe of one of his cards, I can add the additional card of his into my Kitchener Rangers collection. There were two in this shipment, and this was the one I opted to add to the 2/14 binder. In a slight follow-up to the last post, the MacInnis family is another father/son pairing in my hockey collection. Al's limited to the Rangers alum binder anyhow. 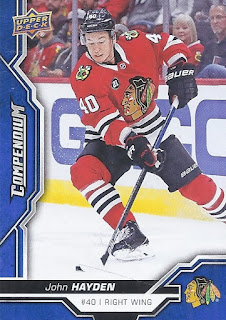 John Hayden's Compendium entry is the only other player that had their count in the collection jump by a single card. 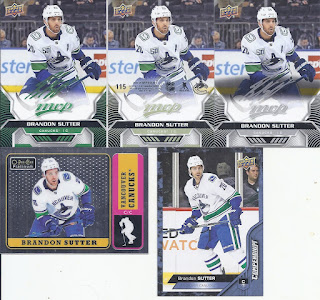 There's a big jump now, as I add these 5 cards of Brandon Sutter to the regular binder. 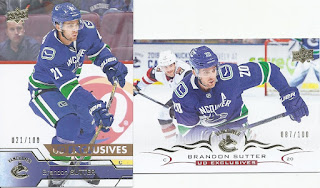 And a pair of Exclusives for the hits/numbered binder. These are fairly tough pulls out of the flagship release, so it was nice to add these for a reasonable cost. 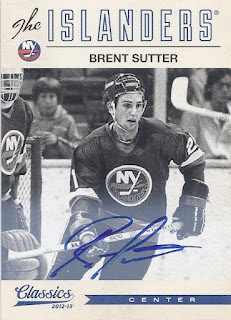 And because there seems to be no better place to show this off, here's the completion of yet another father-son combination. 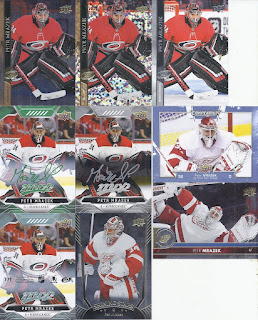 Petr Mrazek starts with a scanner bed worth of cards. He's also due to become only the second Maple Leaf in the collection (Walt Poddubny) sometime during the 21-22 release season. That moves them out of the 3-way tie in the basement among Original 6 teams, where they were tied with Boston and Chicago. 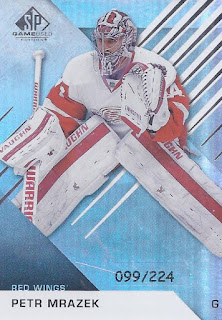 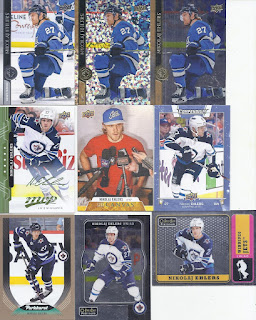 And those 13 Mrazeks still aren't enough to give him the top slot in this post. It is Nikolaj Ehlers that takes the volume title in this one, starting with yet another scanner bed worth of cards. 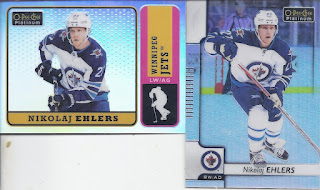 Only 2 shiny cards, though. 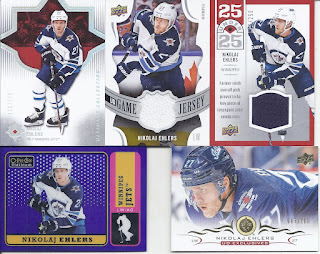 But he makes up for that with a 5 pack worth of numbered and/or relic cards. 16 cards total gives him the title this time.
And all those cards are still dwarfed by the Kitchener Rangers alum content in the shipments. I'll cover those when I am in the mood to scan a bunch of cards, but not feeling too verbose.
There you have it!

Posted by buckstorecards at 05:23