Having a (Platinum) Blaster 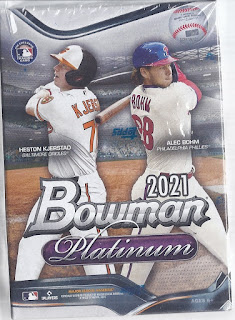 Something new on the shelves at Wally World. This contains 8 packs of 4 cards each. With Update pushed back a couple weeks, might as well pick one of these up for busting! 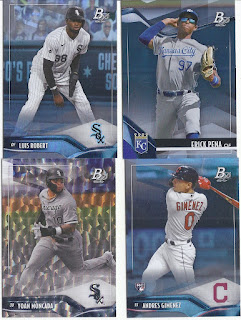 This is the typical configuration of the packs. Two base cards (Robert & Gimenez), a prospect (the Pena) and either an insert or parallel. In this case, the parallel is an ice foil, of which 4 are advertised per box. As with a lot of 2021 releases, I really like when the cardboard fans appear in the background, as on the Robert.
Pack 2: 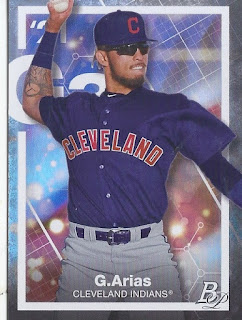 I'm only hitting the highlights the rest of the way home. Here's my first insert - coming from the Precious Elements set. With a name like that, it is appropriate that it has a Periodic Table feel to it. I'm not sure how many other players on the list match-up with actual elements, but Arias' initials mean Galium.
Pack 3: 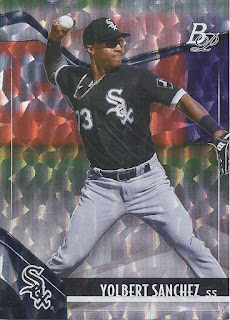 I guess this is a White Sox hot blaster for ice foil parallels.
Pack 4: 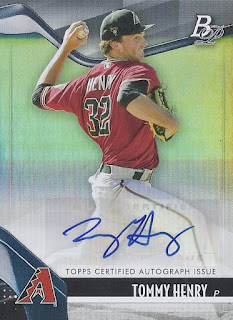 Hey! An auto! If the box odds can be believed, these fall at a rate of 1 in every 6 blasters. As is the usual for me this year, this baseball box yielded a card that would be better appreciated in Ann Arbor, as Henry is a Wolverines alum. Naturally, I just sent a package in that direction a couple days ago, which contained the linked auto.
Pack 5: 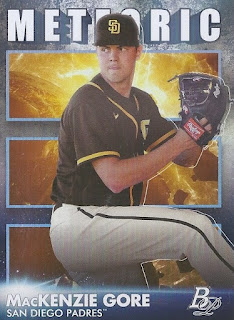 I guess a foil-y set deserves to have a bright insert  set like this. But since Gore has been in sets since 2017 and has yet to pitch in the majors, I'm not sure if his moves through the minors counts as meteoric. He's still just 22, though. Injuries and no 2020 season have also been a factor.
Pack 6: 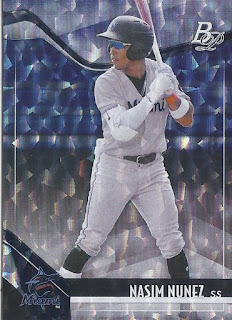 Marlins cards always seem to have a meh quality to them. I guess I'm  just waiting for them to hit it big after being traded.
Pack 7: 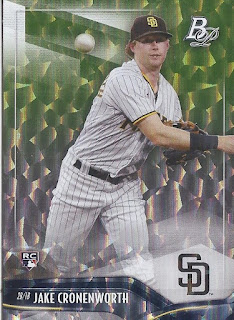 Another Wolverines alum makes an appearance on the final ice parallel. Again with the (im)perfect timing.
Pack 8: 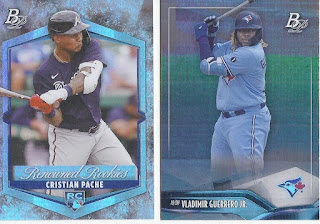 And it took until the final card in the final pack, but I finally hit a card for one of my team collections with this Vladdy Jr. There's also the final insert of the box, with a Renowned Rookies. Although it is a standard insert that falls at a ratio of about 1-per-blaster, it really gives the vibe of card you'd find in a higher end set like Museum.
Even though I won't be keeping it, nice to land an unexpected hit!
Posted by buckstorecards at 11:36