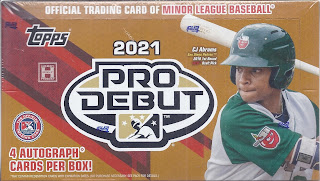 Prospecting with all the names of Bowman releases at a fraction of a price! And some great minor league logos and unis to go with it! 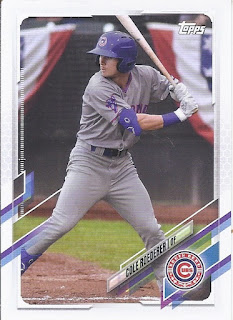 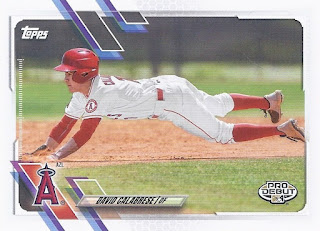 The photos in this might not have the variety you get from Stadium Club, but there are still a few nice ones in the mix. I can also add this Calabrese to my CanCon collection. 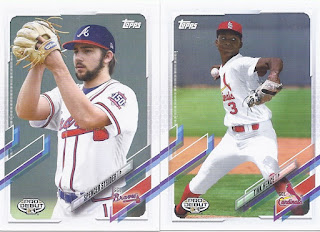 And you also get some names that really give the 'created in Madden' vibe. Even if Tink is a nickname. 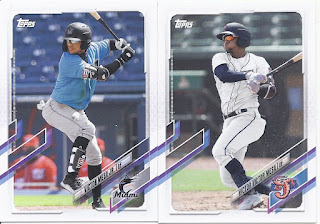 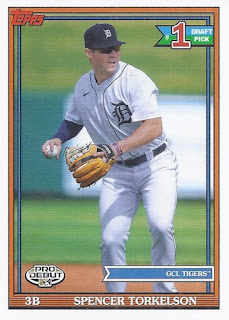 The 1991 set gets an Archives-ish salute in this. Sadly, they don't reuse the text format on the front for the team names. We aren't given the disappointment at not seeing teams like the Fayetteville Woodpeckers in this format, as this portion of the set is exclusively GCL and AFL versions of the big club. 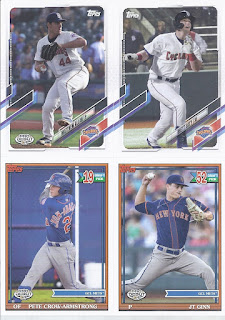 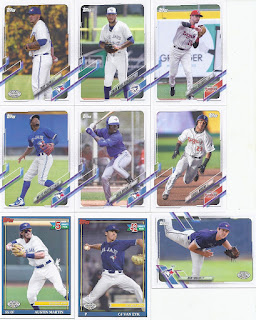 Of course, there are parallels in a modern release. The golds (also a  Mets card!) are /50, the greens are /99, and the blues are /150. Despite the Mets card, I probably like the Witt Jr more since it is a perfect mix of team colours and parallel. 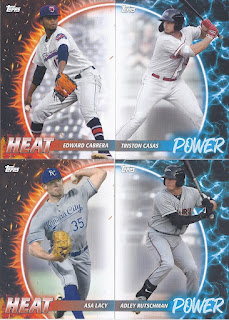 Switching to the inserts, the Cogeneration set has 20 cards, and has 10 franchises represented with 1 Heat and 1 Power card per franchise. They're designed to go together in some sort of Triumvirate type set, but I didn't land any proper pairings. 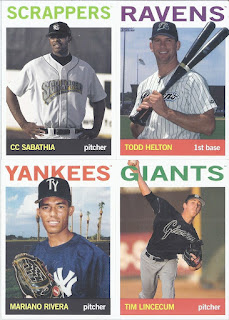 I'm not sure why they selected 1964 for the Heritage-ish MILB Legends set, but these are a nice little addition. I really want to get the Vladdy Sr from this set. 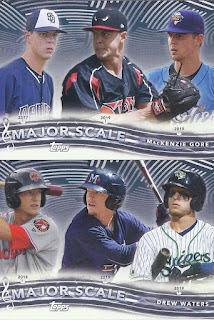 3 teams! One player! I can't complain about any appearances of the Lake Elsinore Storm cap in these.
And the hits! I lamented the lack of farm fragments yesterday, so it is nothing but autos this season. 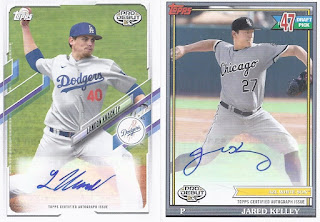 Here's a pair of base autographs to open the hit parade. That Landon Knack is already set to the side for a future Night Owl mailer (and whose recent return mailer I'll get to later this week). As for Jared Kelley, there's at least the slightest chance that this sticker has been applied upside down to the card. 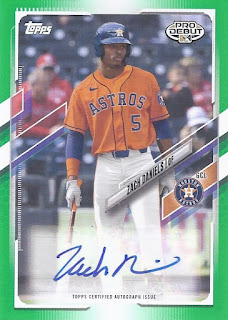 Auto #3 is a parallel. As with the uninked parallels, these are /99. Zach Daniels was a 4th rounder for Houston, and I'll gladly take a signature where at least his first name is somewhat legible. 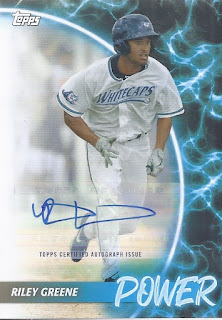 Let's revisit the Cogeneration insert set for the final hit of the box. These parallels don't extend through the entire insert set, with only 10 of the cards having autos attached to them. These are pretty rare pulls, and if I read the packaging correctly, they're 1:1586 packs. This Riley Greene is /50, but that does appear to vary throughout. Much like with the Knack, this is likely destined for a future mailer to Dennis @ Too Many Verlanders, in a rare mailer from me where the best card in the package won't be a Wolverines alum.
And there you have it!

Posted by buckstorecards at 11:30