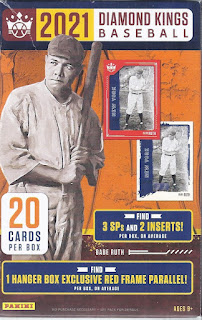 There was still one of these on the shelf at Walmart. Last year, I busted one of these last-on-the-shelf and found a /99 RPA. What shows up in this one?  Spoiler: No hits here. 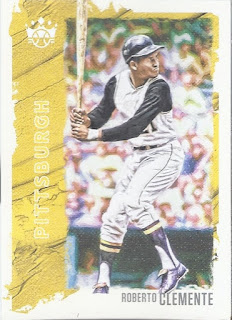 No complaint about the first card out. 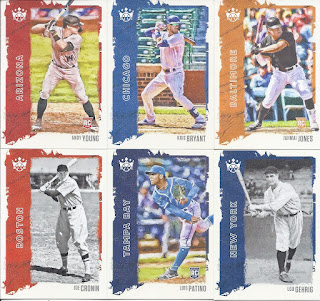 The content is exactly what one expects from Diamond Kings. A mix of legends, current players, and rookies. A colourized version of that Cronin photo made an appearance in last year's DK release, but it looks so much nicer in B&W. I think that Gehrig is a new one for DK, thoguh. 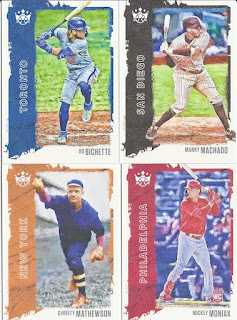 Jays content! Even though I already had one from a group break. I like that they used brown for the borders on San Diego. Mathewson is another re-used photo. 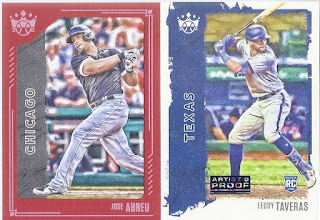 Parallels! Quite the effort on the Artist's Proof to make it stand out.

Inserts! The actual Diamond Kings inserts are underwhelming this year. They just seem as generic as possible. No sign of the expected garishness. It is so suitable and so great that there is a literal 'art' insert set in this. 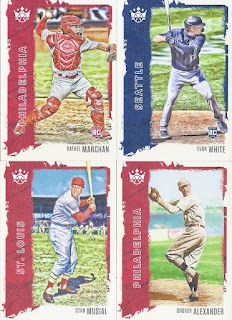 And the final grouping of cards. That Stan Musial was on the box art last year, as well as his base card. As for that Alexander, that's been on his base card during the three previous releases. I know players from 100+ years ago don't have that many photos, but there has to be at least one more out there that can have any logo photoshopped out. Right?
There you have it!

Posted by buckstorecards at 09:30