Another COMC shipment, another package loaded with Kitchener Rangers alum. I made that the theme of this shipment, with much of the content going into that mini-collection. Much of it was acquired through e-packs through trading some of my e-pack content, or just cheaply on COMC because it was originally on epack. 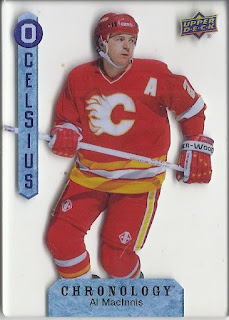 This was probably the most expensive of any of the acquisitions. 0 Celsius is just another way of saying that this card has an Ice feel to it, with this image of the HOFer being printed on a thick acetate card. 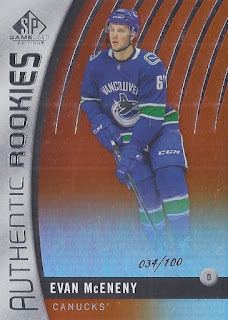 1 game in the NHL, but that was still enough to get a card for McEneny. This foily /100 issue was cheaper than his Compendium cards, so it was an easy choice as to which to pick up. 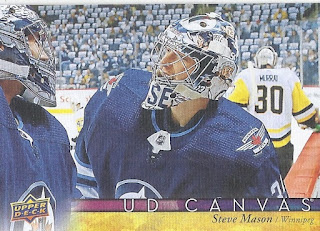 This Canvas entry could double as a mask binder entry, with Mason sporting a mask featuring his Jets team zombie-fied. 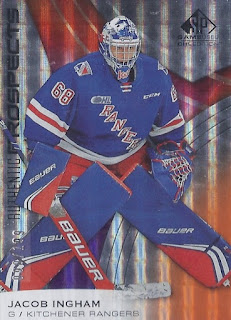 More Orange! Ingham made his NHL debut with the Kings this year, and has started receiving cards in Extended already. 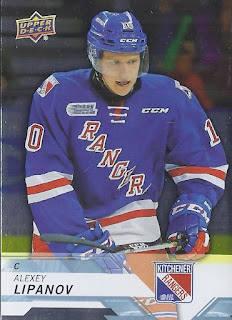 Here's another direct entry to the binder. He was drafted by the Lightning, but has yet to reach the NHL. It looks like he'll be in the KHL for 21-22. 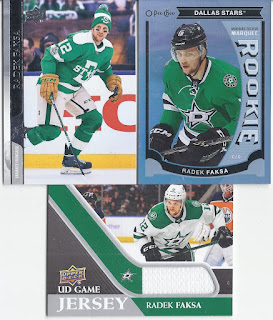 Radek Faksa gets a nice variation, with a shiny rookie card, a french variant, and relic. His photo from this year's release is one of my faves in the collection, featuring a shot from an outdoor game. 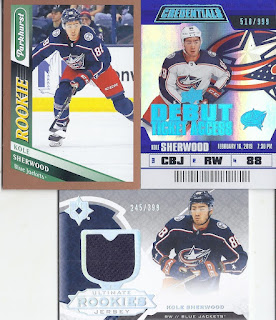 An all-rookie bunch here for Kole Sherwood. I'm probably the only hockey collector that is upset that Credentials seems to be one-and-done. 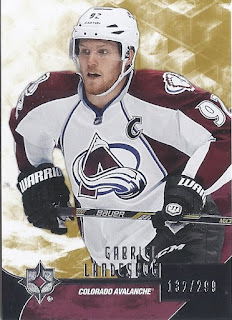 This numbered Landeskog is the only one in this post that didn't have an epack origin. 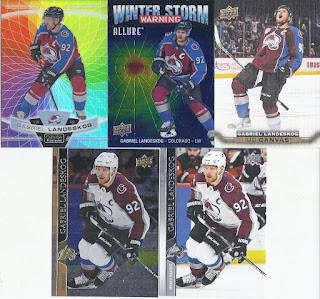 But there was a nice grouping of epack cards to offset that. 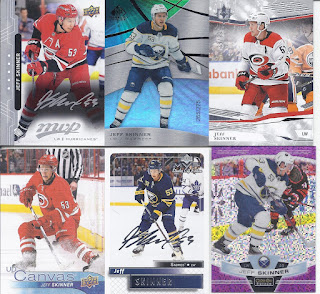 Jeff Skinner ties Landeskog with 6 cards total in the collection. I accidentally picked up 2 of the SPGU cards shown in the upper middle, but I'm fortunate to have a Sabres target for dupes for that team. The Platinum is the /399 violet pixels parallel. 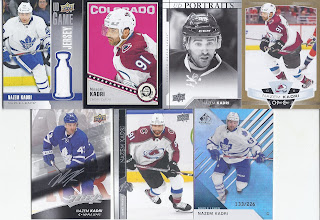