The Joys of The Lost Season

Sure, the 2004-05 non-season wasn't the best for hockey card collectors, but that did make for some interesting checklist choices from UD, who still issued sets, but with a dearth of rookies. Want a card of Dave Reece, who played 1 season with the Bruins and was the goaltender on Sittler's 11 point night? He got his first and only card in 2004. 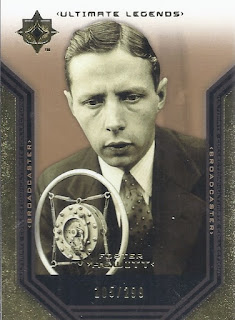 While announcer Foster Hewitt had made appearances in sets before, there's something different about finding his base card in Ultimate, which was about as high-end as hockey was during 2004-05. This card is worth it just for that back-breaking microphone. 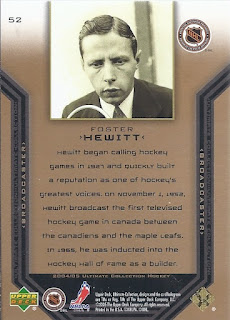