All Over the Place

Another 2/14 post, as I approach the 3200 point in my collection, and another one that hits many of the portions of my collection. 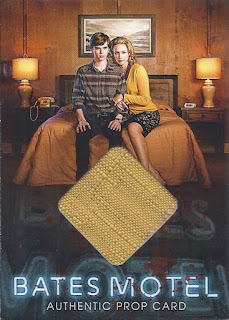 In lieu of there ever being a The Good Doctor set, I guess Bates Motel cards will have to do for Freddie Highmore content in the collection. Until I add some 2005 Charlie and the Chocolate Factory cards. But at least I can finally add a bedspread relic to the binders. 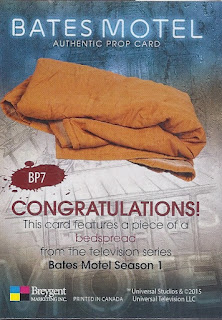 Showing a photo of the item is certainly one way to show off the official nature of the item. 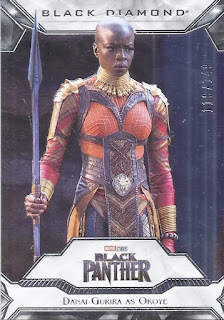 The Black Diamond edition of Marvel cards was a release that covered pretty much all the films released under the Marvel banner, meaning I could buy an e-pack of this, and get a Scarlett Johansson and a Dave Bautista card in the same pack. But, when it comes to my 2/14 collection, Danai Gurira is the only one I care about. I just had to wait for this to drop to a reasonable price level on COMC, and swooped in. 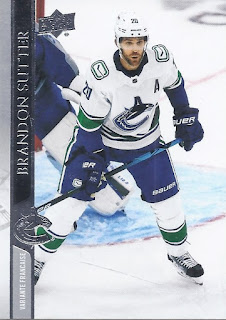 E-pack cheapness also provided the only hockey portion of this mailer (but I do have a huge box of e-pack stuff I had shipped from that site), so it seems like this French version of his update card is a good enough way to segue into the sporting portion of this. 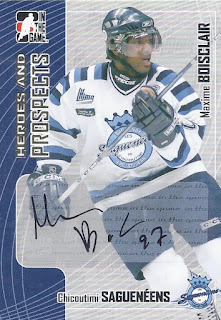 I have the base version of this Maxime Boisclair card. Might as well double his total by adding the autograph to go with it. If he'd reached the NHL, Boisclair would have been the second Haitian-born NHLer. 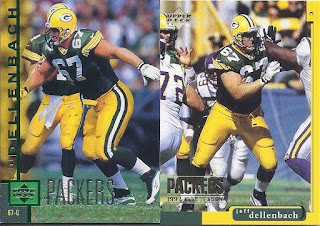 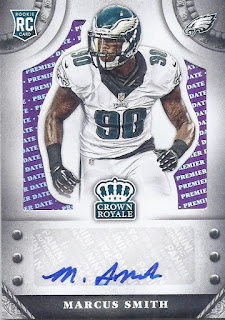 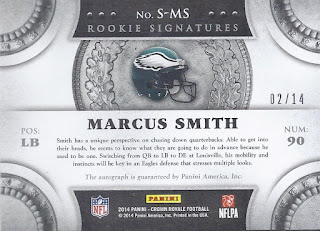 But this card is numbered 02/14. Meaning it is totally worthy of addition to my collection. It doesn't count towards the overall total, but it is still worthy. 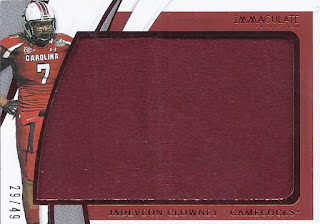 Jadeveon Clowney has had zero base cards so far this season, so this might be my only 2021 card of the former #1 draft pick going into the collection. If it weren't for this card, and its parallels in Immaculate, he wouldn't have had any. Given that there aren't any garnet parallels in the release, this ruby is about as close as I'll get. 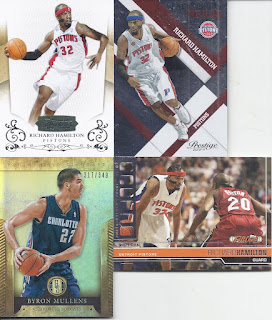 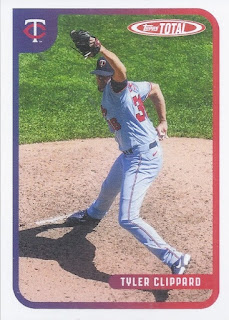 Tyler Clippard had a second go-around with the Arizona Diamondbacks this past season, but didn't get any cards out of that deal. That means if I want one of his more recent cards, it is a choice between Total and Heritage from 2020. With the shadows, the rather unique angle of the photo, and the blue uniforms, this was an easy choice. 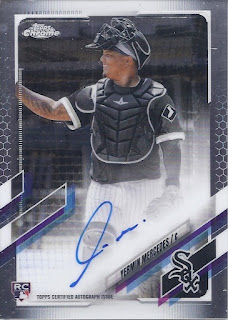 The final card is for a new face! Yermin Mercedes was a career minor leaguer since his signing in 2011 before finally making his big league debut this past season. To say he made a quick start would be an understatement, as he became the first player in MLB  history to go 5-for-5 in his first start. He didn't stay at that level, but that thankfully made his Chrome auto affordable. And an interesting way to debut in my collection.
There you have it!
Posted by buckstorecards at 07:23