A return package from Dennis @ Too Many Verlanders/Manninghams showed up last week - one so stuffed full of goodness that I'm going to have to break it up into 3 or 4 posts.  So, up first, a whole bunch of needs and wants hit from the football portion of the mailer. 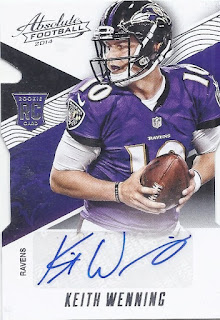 As usual, 2/14 goodness leads the way.  I think I have more Keith Wenning signatures in my collection at this point than his financial advisers. 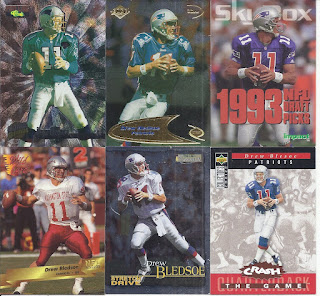 Drew Bledsoe lead the 2/14 pack this time around, with various cards of various levels of shininess and forgettable Patriots unis. 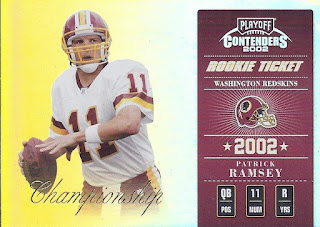 Championship! That's just Contenders' fancy way of saying that this is a rookie card /50. The regular veterans in this parallel set are /250, and I just added the Steve McNair version to my COMC inventory to eventually keep this one company in the set. 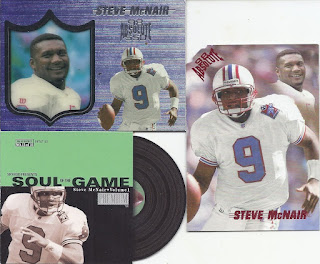 Speaking of Steve McNair, here he is! The die-cut album-themed card is kinda interesting, but the Absolute SSD card in the top left wins this battle, with the portrait portion of the card appearing in acetate form. 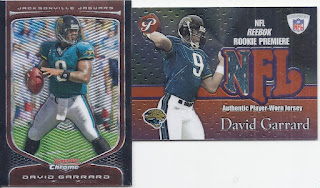 How 'bout a swatch? It goes alongside the XFractor of David Garrard as part of the very solid 2/14 Quarterback Club (and there wasn't any Jim Kelly in the mailer!). 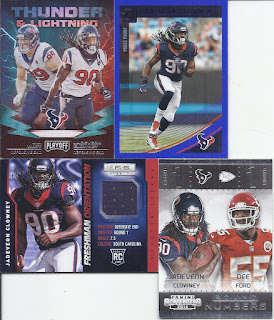 Another swatch here as part of the 4 Jadeveon Clowney cards bound for the binder. I was surprised that I didn't have that dual card with him and Dee Ford, but only had one of the numbered parallels. There's an appropriate shininess to the Thunder/Lighting card that might not translate on the scan. 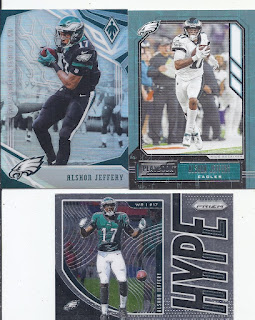 A set named Phoenix should also be kinda bright, and the one that was part of the new Alshons certainly was. 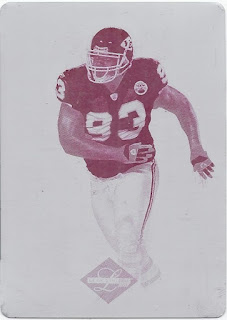 To end the 2/14 portion, here we have a printing plate that would combine with its yellow, cyan and black kinfolk to form the image on his 2007 Leaf Limited card. I really should count how many football plates I've got in the collection, because I'll bet most of them came from TMV/M mailers. 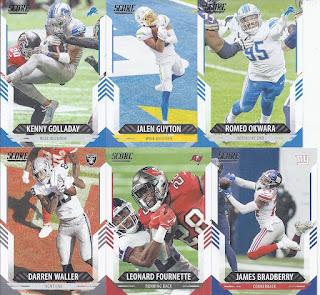 My 2021 Score set build dropped to single digits with a pile of cards from that set. All I need is 4 cards, 2 of which are Justin Fields. May the Bears continue to crap the bed to drive to cost of those down even more. As for what I scanned, I just opted for some of my favourite photos from the group.
Nothing but Bills left! 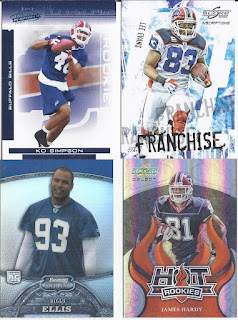 Here they are in numbered (on the back) format. 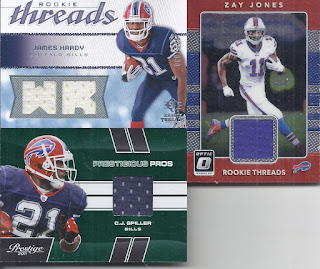 The winner in the relic department was Trent Edwards, one of several QBs of the future in the first part of this century. Sure, he may not have had the best run, but I still like him better than JP Losman. Or Peterman.

And his penmanship is really good, and I'm willing to overlook a questionable on-field performance when you have a nice-looking signature. He's joined here by Damar Hamlin, a 6th round pick this past year out of Pitt. Because of a redshirt year, he was a teammate in 2016 of the aforementioned Nathan Peterman. 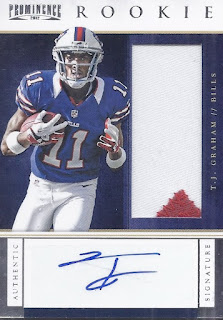 Or if both types of hits are your thing - here's both of 'em on a single card!
And there's a nice portion of the bubbler, and I haven't even touched on all the baseball content!

Posted by buckstorecards at 11:03