Another one-of-this, one-of-that from the Dollarama, as I picked up a Surprise Bag and a hanger pack. The latter were recently reduced from 15 for $1 to 12 for $1.25, so I'll probably be getting fewer of those as opposed to the Surprises over the next while. But for now, here's one of 'em! 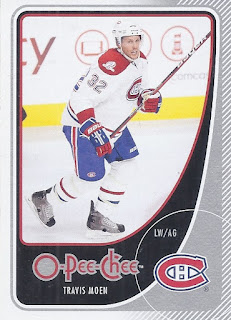 A 10-11 OPC isn't the most expected visible card, I'll get that one and hope for some oddness behind it. 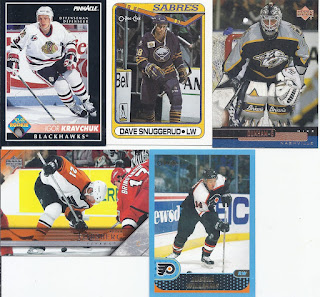 Nothing too odd behind it in the first group, but that face-off card from Forsberg is a pretty nice photo. And that Durham is perfectly acceptable as a mask binder card. 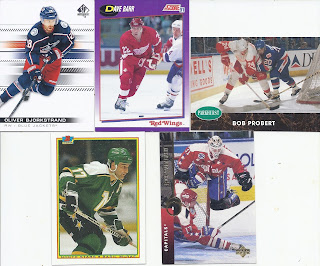 The second half was pretty bland, until it wrapped up with the great photo choice on the Tabaracci card. You might see the player not touching the ground on a skater's card, but that's pretty rare for the goaltender's card. 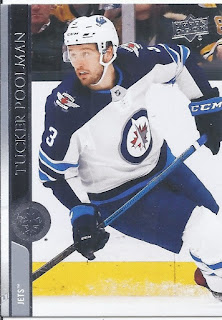 Your final card.
A few keepers here, but really not anything too notable on the whole. 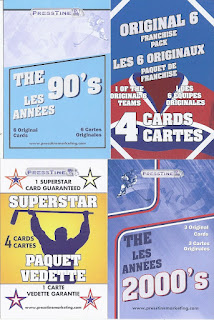 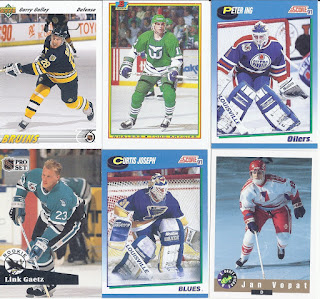 As usual, starting clockwise from the upper left, and that means the 90s pack this time. And that usually means junk wax era stuff, and that's accurate. At least there's Whalers content for Shoebox Legends. Not the Bowman card, but the Vopat. He's listed as being drafted by Hartford on the back. He'd never play a game for them. 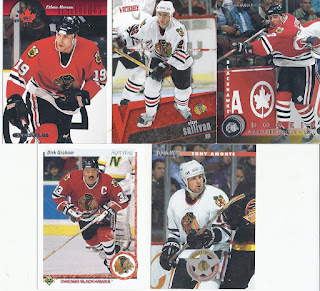 Promise me 4 cards from an Original Six team, give me 5! WOO-HOO!

The 2000s pack was interesting - sandwiching a  player who never reached the NHL alongside 2 who played throughout the entire decade. 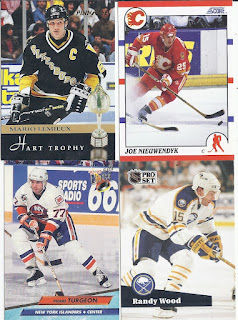 When Mario Lemieux is the Superstar promised within the Superstar pack, that's a pretty good way to end it. Turgeon and Nieuwendyk were no slouches either. Poor, poor Randy Wood is really the odd man out here.
There you have it!

Posted by buckstorecards at 10:49