I've been posting basketball all week, why not one more post? So today, it is Raptors content from my COMC shipment. 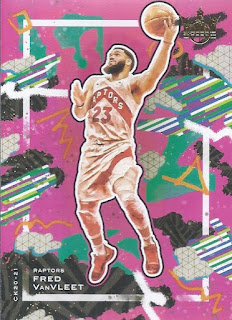 I loves me some Fred VanVleet. And let's start it off with a Kings release with cards that look like they should look - a garish background. 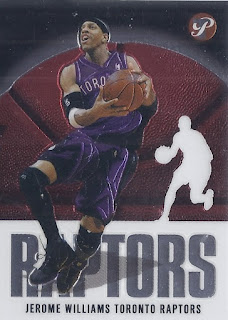 Anytime is a good time to add a random JYD card to the binder. 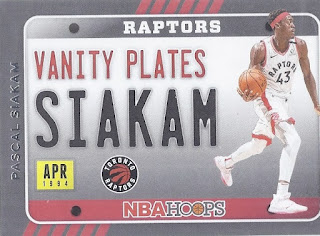 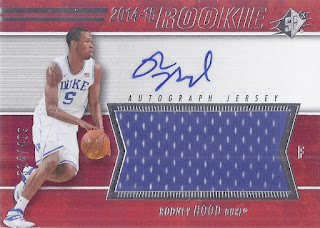 Rodney Hood came to the Raptors as part of  the Powell/Trent trade. He moved on to the Bucks in the odd-season. Based on his partial season stint with the team, I can't imagine him getting a card with the team. So, this card of him with Duke will suffice for the collection. 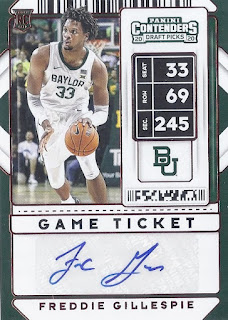 Freddie Gillespie was undrafted, but had a perfectly fine rookie season for the Raptors last year. However, his training camp/pre-season this year was disappointing, and he was released before the current season started. His only cards have been in Contenders Draft, so this is the perfect one-season card for him. And like with the Hood, since this is a collegiate card, and there aren't any NBA cards of him, this counts as a Raptors card.
There you have it!

Posted by buckstorecards at 11:13