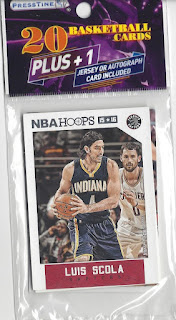 Let's bring it home! A Raptors card (albeit a traded one) is a perfect start! 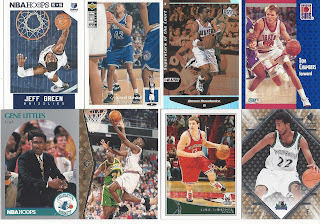 That's a strange photo choice on the Donyell Marshall card - he looks like he's Spud Webb level short. The Stoudamire is an insert from 1998 Ovation. Coach card! The SP Rookie Edition card of Corey Brewer just seems like a far higher end set in appearance than it really is. 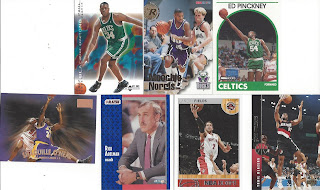 The name power really picks up with this grouping. Paul Pierce and Shaq! Plus a guy (nick)named Moochie! And there's a more direct of a Raptors card than the opener. 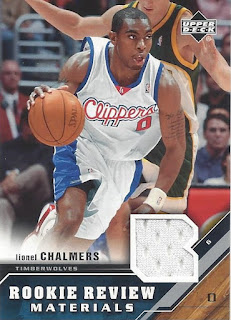 And the hit! Chalmers only played one season in the NBA, and never played a game for his listed Timberwolves. But he did have a lengthy overseas career, and is now an assistant coach in Orlando. 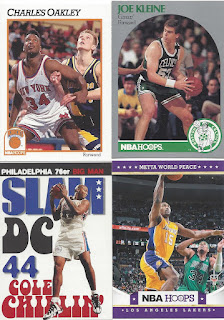 That Derrick Coleman card is pure mid 90s cheesiness. 1996 Hoops is responsible for this one. 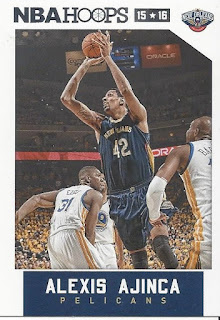 And here's the finale! A 2015 Hoops starter and opener.
Pretty basic repack, but that Shaq card does a good job elevating it.

Posted by buckstorecards at 19:15