I finally get the time to return to my recent COMC incoming mail, doing so for the first time in about 3 weeks. In doing so, I put the final nails into the 13-14 Rookie Anthology base set. 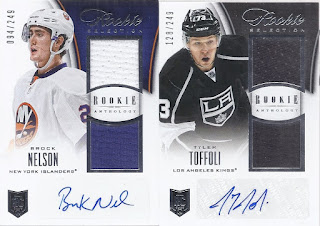 These were the final two base cards I needed for the set, not counting unfulfilled redemptions. Interestingly, both players are still in the league, which was not a guarantee for the busy 13-14 Double Rookie Class. Nelson is still with the Islanders, while Toffoli is now in Montreal (via Vancouver). 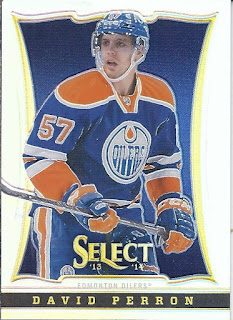 I did add a few miscellaneous cards into the collection as well. Like I need an excuse to add in a super shiny, and not-too-expensive parallel. 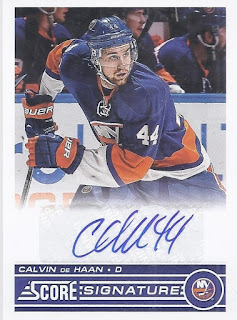 I can't recall why I added this one. Probably because it was cheap.  Maybe I liked the fact the numbers were larger than some of the letters in the signature. 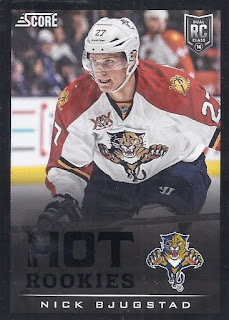 Black parallels fell at a rate of one, maybe two per case. This was only a couple dollars, and features a player who is still in the league, so why not throw it into the inventory? 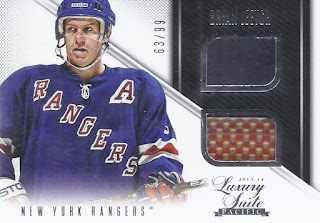 Again, another card under "it was cheap" banner, but it was an unexpensive dual relic of a HOFer. 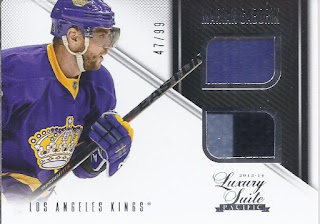 But I didn't neglect my PCs when going through the RA stuff. Such as with this dual 2/14 relic of Gaborik. Even though that blue swatch obviously isn't from his time in Los Angeles. 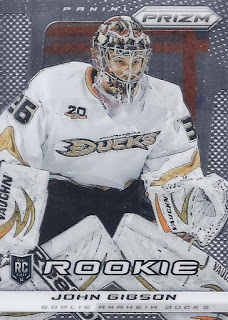 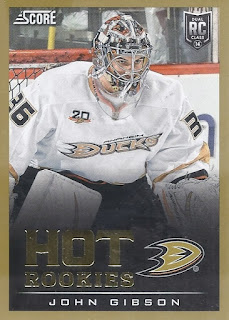 And one card of Kitchener Rangers alum John Gibson deserves another! So they're not lonely on the trip.

There you have it! But that doesn't mean I've stopped busting a box here or there. And you'll see one of those heres next time.

Posted by buckstorecards at 11:15