This is not only the final Senators post of the year, but my last trip into my COMC to-be-posted boxes. 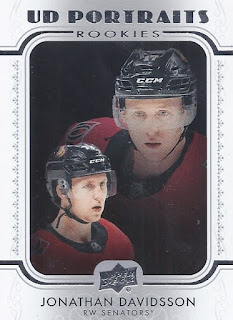 Davidsson made his cardboard debut with the Sens in 2019, after arriving to the franchise as part of the Matt Duchene trade with Columbus. He was in Series 2, both as part of the tiresome Portraits insert set and as a Young Gun. I opted for this because it was cheaper. 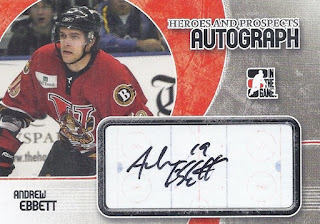 The best thing about the low price on this card was not only could I pick up one for myself (although Ebbett never played a game for Ottawa, only one season with their minor league team in Binghamton) but also pick up a second one to send off to Ann Arbor in a future mailer. 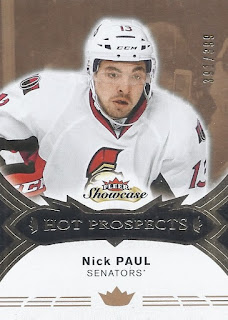 Just another miscellaneous numbered rookie card. Nick looks to have finally stuck with the team after several seasons between the minors and the big club. 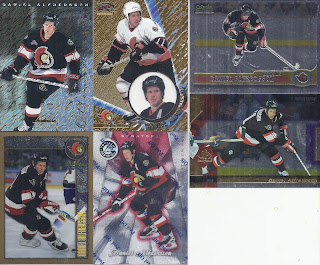 And let's throw some Alfredssons in as well. These move my total cards of his to 518, and of cards listed as 'Major Releases' over at TCDB, I've got 364 out of 416. When you count what I've got on the way, that reaches 378. I really should add the final 38 to my Want List. Maybe that will be my new year's resolution. Not to get the remaining 38, just to add them to the list.
There you have it!
Posted by buckstorecards at 04:00