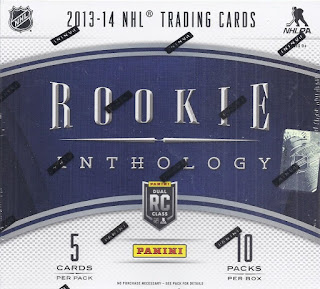 Even with the base set complete, there's always room for a box of this. The best thing about busting at this stage is that it is easy to separate the dupes in the "send to COMC" box. 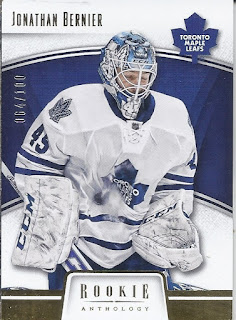 With this gold parallel a rather sleepy looking Jonathan Bernier, I'm now a quarter of the way through the 100-card gold parallel set. And that's solely through busting, as I don't think I've ever bought a single from this subset. 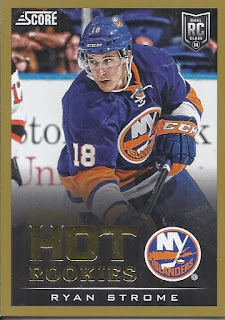 I've got about 40 of these gold Score parallels. 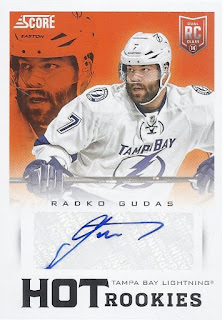 There's slight issue with staying on the sticker, but here's a tough guy's autograph. 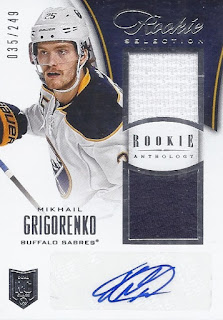 While I usually lead with the Rookie Selection portion of the break, or have it as the second card when I get a gold parallel, here...I forgot. That's what happened. I completely forgot. Grigorenko is the first of the rookies in this post to no longer be in the NHL, having been in the KHL the past few years. 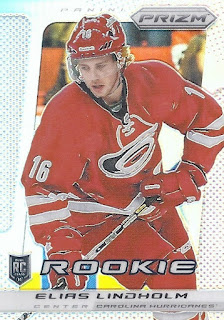 This was the obligatory shiny card in the box. 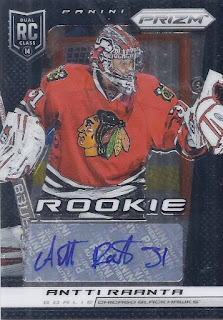 Antti Raanta provides the third autograph in the box. He's settled into the league as a member of the Coyotes.

At this point, we settle into the Colorado Avalanche portion of the break. In an ideal box, that would mean some Nathan MacKinnon content. 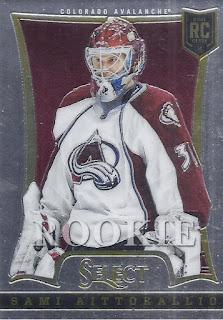 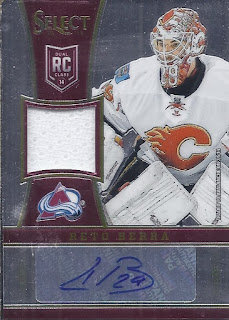 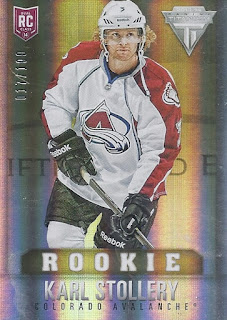 Time.
And all three of these were dupes. Including that /100 Stollery. 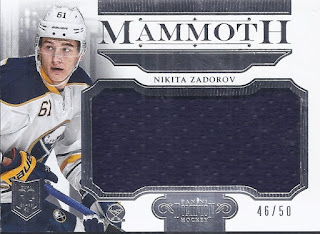 But this Mammoth (and yes, it is) relic of Zadorov was new. 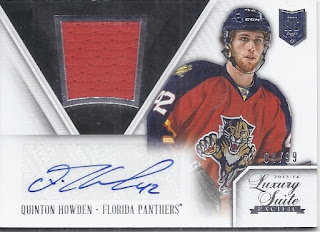 As was this Howden. He's also a member of the 'now in the KHL' group, after bouncing between the AHL and the NHL over 4 seasons.
It probably would have been a better box on the original release, but still an average break on the whole, driven by the volume of inserts and parallels.
There you have it!

Posted by buckstorecards at 11:45