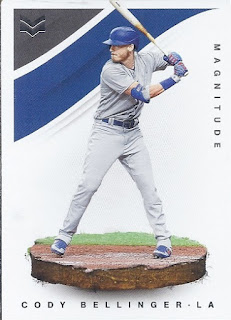 For the second straight box, the first card out is a Magnitude. 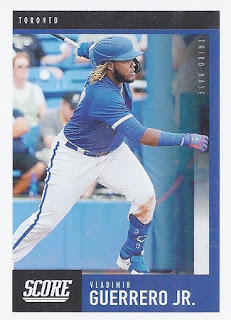 But here, it is followed up with some Blue Jays content. 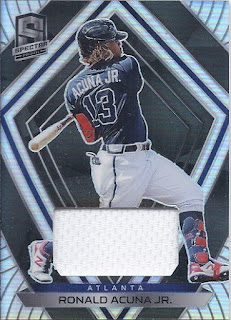 And the first hit of the box. These relics are definitely a step down from the silhouette versions. 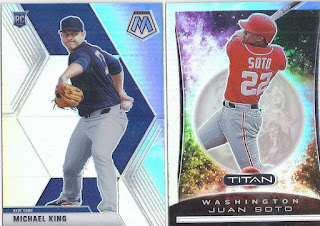 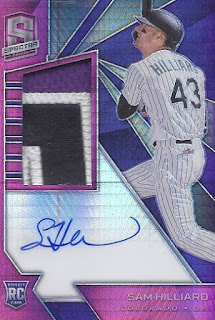 Only one card of note in pack #2, but that might be because the one card really stood out against the competition. Unlike yesterday where a bit of research and guessing was required, this time the location of the swatch is pretty likely coming from the A in the nameplate. The autograph itself is kinda blah, but at least the initials are legible.
Pack 3: 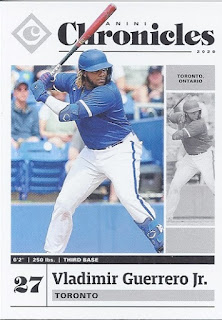 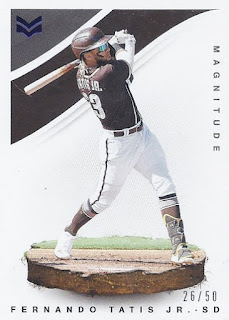 Magnitude makes another appearance here with the first of the non-hit numbered parallels in the box. The blue foil is the only thing other than the numbering to distinguish it from the regular version. Boring! 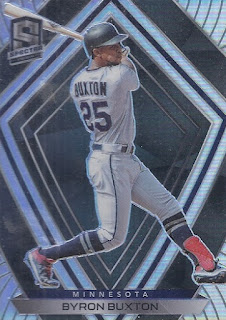 The base Spectra card.
Pack 4: 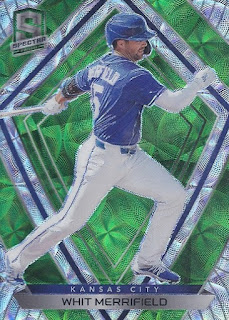 Another pack where the Spectra card is the only highlight. Like the Neon Pink hit of Hilliard, these base parallels are /49. Consistency!
Pack 5: 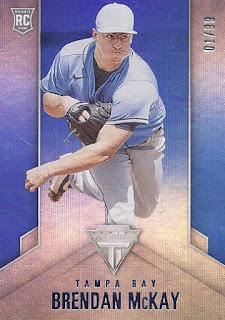 Another parallel! These blue parallels nicely work with the Rays uniforms, and at least here the parallel nature of the card really stands out beyond just a bit of foil. And 01/99! That's an ebay 1/1! 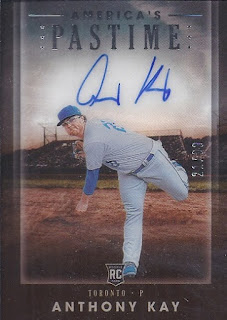 Sure, those Vlad Jr cards earlier were nice, but landing a hit for the Jays collection is even better. IT is also on one of the nicer designs in the product, with an acetate feel to the top portion, and the background having a photo of a very basic stadium that gives more of a Pastime feel than a huge MLB stadium.
Pack 6: 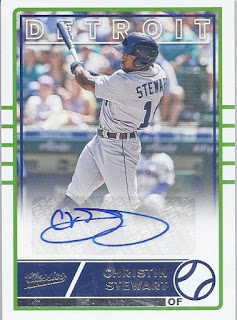 With two really nice looking autographed cards already, poor Christin Stewart can't really compete, even with Classics being one of my favourites. 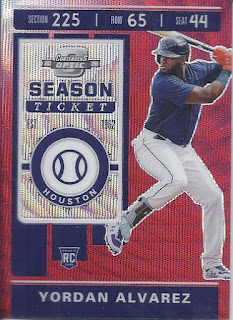 So, I'll end instead with this Yordan Alvarez Ruby Wave parallel /199.
One box left!
Posted by buckstorecards at 12:36