The journey continues with a move eastward, and the team that landed me the most cards in the breaks, the White Sox. 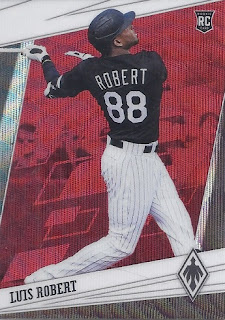 Getting the White Sox in a break in 2020 means one thing. You're chasing Luis Robert cards. And he was all over this release, such as this Ruby Wave parallel /199. 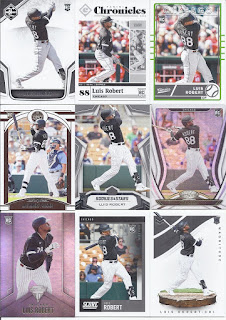 But I really wouldn't be surprised to go through the complete checklist to find out that Robert made an appearance in every one of the insert sets represented in the set. Here's 9 more base inserts. And the concept of 'base inserts' really doesn't make much sense when you write it ou. 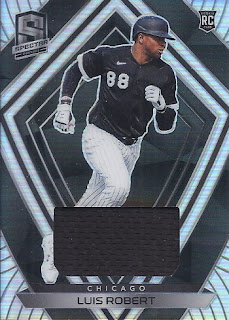 And while I didn't land an autograph of his (although the seem to be redemptions), here's a relic card. 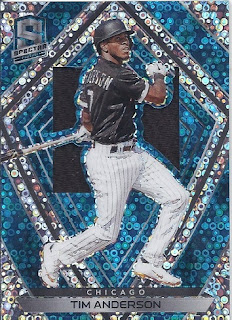 Here's one more relic. I really like the silhouette design they've used for the other Spectra relics. Since there is a slight border between the photo and the swatch, I don't mind the black swatch alongside the black jersey, since they don't really conflict. 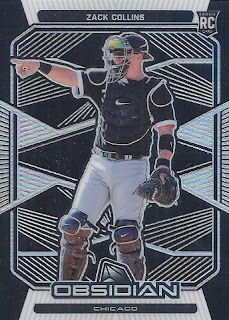 But there are other rookies who make appearances in the release other than Robert. Of those, Collins seems to be the least prevalent, although I'm basing that on just landing one card of his. 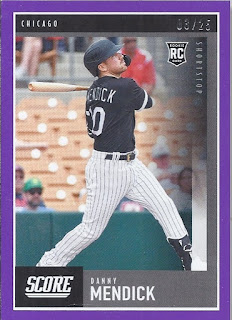 Danny Mendick is another rookie name in this, and his /25 purple Score parallel was the lowest number of card from the breaks (although not the boxes, that I'll show off next week). 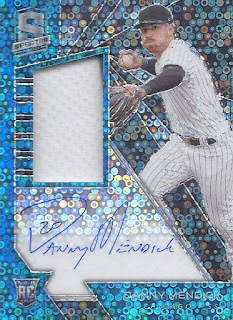 Hey! Here's another hit, and this one has an autograph to go alongside the slight pinstripe in the swatch. Even though this is more of a printed name than a signature, it is still one of the more legible entries out there. 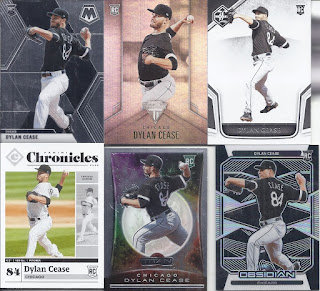 While not quite at Robert's level, Dylan Cease was the other frequent flyer in the break. 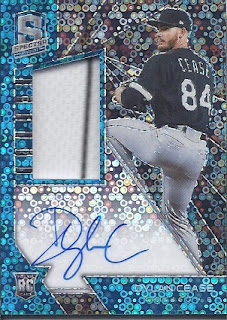 And here's one more auto/relic from this. A little more prominent with the pinstripe as well. Both of the Neon Blue parallels are /99. While the penmanship is nicer on the Mendick, I like the photo here a little more, since the angling makes the lack of a logo a little less blatnat.

There you have it! Toronto's contribution will wrap things up tomorrow.

Posted by buckstorecards at 09:00