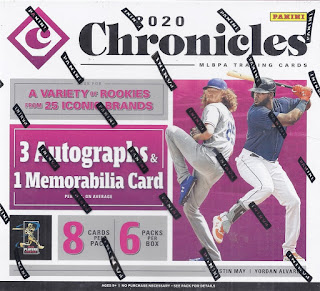 You know I love me some Panini Chronicles. It probably is my favourite release, across the various sports, since it is as close as one gets to my other favourite release - Rookie Anthology. In addition to all the random group breaks, I grabbed a quartet of hobby boxes. And for today and three posts afterwards, I'll be highlight the contents of those boxes. 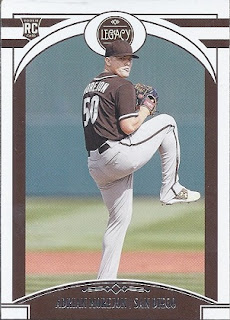 I'm not planning to scan every card from every box, but I will highlight the first card from the first pack. In this case, it was a Legacy of Adrian Morejon. 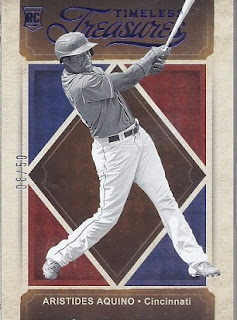 And the second card was my first numbered parallel of the boxes, a Timeless Treasures of 2019's one-time rookie sensation. 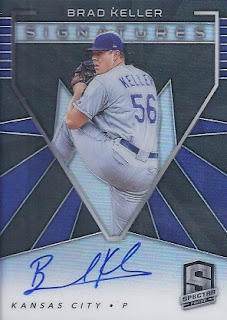 And here's hit #1. These Spectra Signatures are amazingly thick cards, thicker than the relics. But it is an on-card autograph, and some of the letters are legible. I know very little about Keller aside from his stats, but they look pretty respectable for the 2020 season. 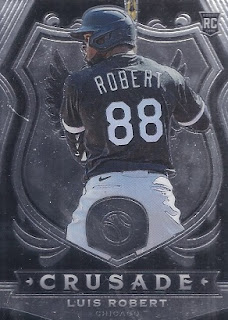 And my first Luis Robert of the boxes is one that surprisingly wasn't a dupe from the White Sox portion of the group break randoms. 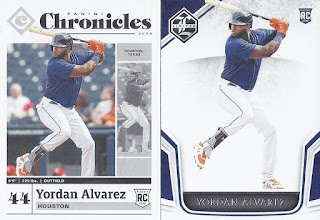 Panini must have really loved this photo of Yordan, as not only did it make an appearance on two of the inserts, but it was also re-used from the box design itself. 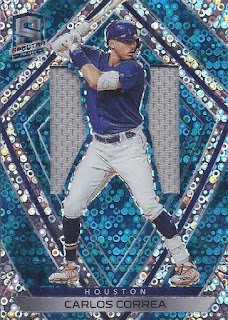 Here's the relic of the box, continuing a Houston theme so far from this pack. 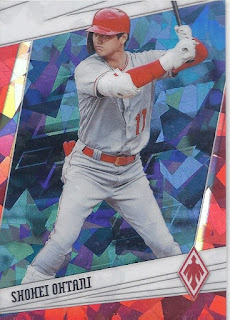 But that will end with this blue cracked ice parallel out of Phoenix of Ohtani.
Pack 3: 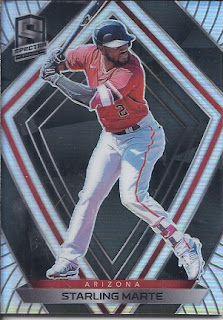 Not much of note here, so I'll highlight the Spectra card you get in a pack that doesn't feature an auto or relic.
Pack 4: 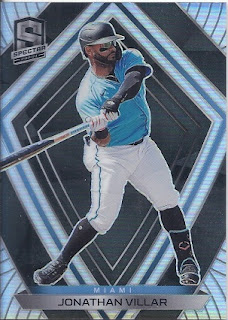 Another Spectra-as-the-hit packs, this one featuring a future Blue Jay. I'd like to say his short, uneventful stint in Toronto would likely mean he won't have a cardboard appearance to commemorate it. But who really knows what to expect from 2021 checklists? 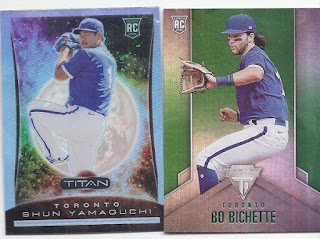 But there was Toronto content in this, with a pair of unnumbered parallels. One silver/prizm, one green.
Pack 5: 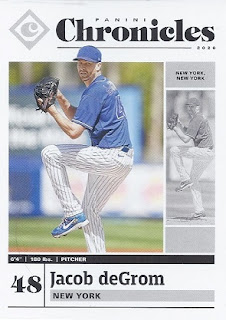 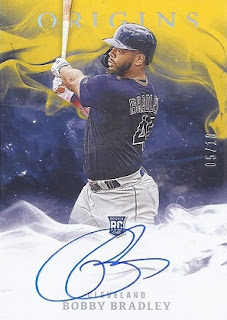 Here was the lowest numbered card I picked up in all these breaks, and another welcome appearances of Origins in this. These are the gold parallels, even though they completely lack the shininess of their Prizmy cousins. Bradley made no appearances during 2020 and only a handful in 2019, so next season might give the answer as to where he fits in Cleveland's plans. 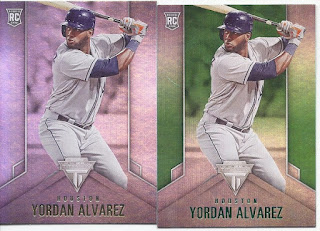 The Yordan Alvarez love continues in this pack, with two more appearances, and the perfect chance to contrast the base Titanium and the green parallels.
Pack 6: 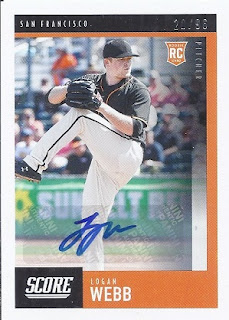 Another bland pack to end the first box, but we do get the final autograph of the case. And it is oddly-numbered, being limited to only 96 copies as opposed to something more traditional. So there's also that.
And there you have it! Another box next time!
Posted by buckstorecards at 11:01