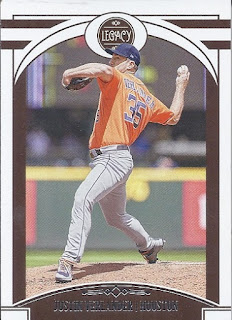 Legacy is the first card out this time. The placing of the Legacy logo at the top of the card also makes it seem like they forgot to edit out Verlander's cap logo. 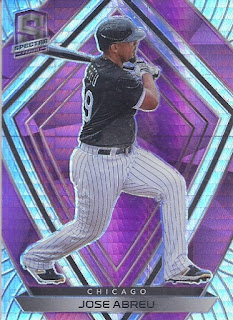 There's a Neon Pink Spectra in this box as well, for the third straight box. More brightness here, but lacking the patch or an auto. 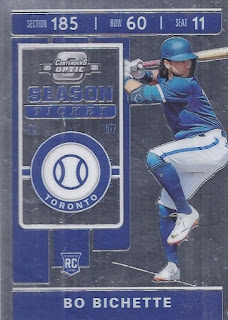 And some Blue Jay content to end the first pack.
Pack 2: 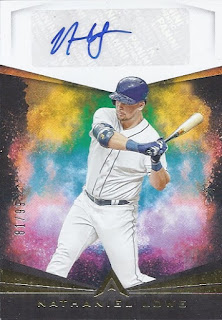 Here's the first autograph in the box. Topical as well, as Lowe appears to have been traded to the Rangers within the past hour of my starting to put this post together. 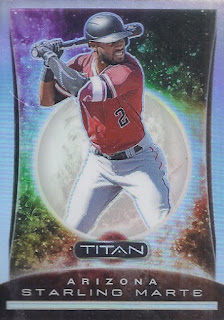 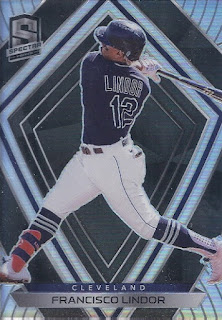 The final base Spectra of the breaks. 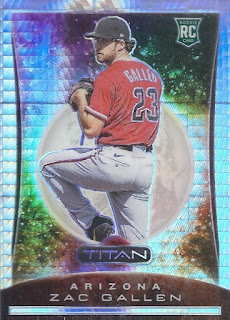 This pack also had some shiny Titan cards, with this one being numbered /299.
Pack 4: 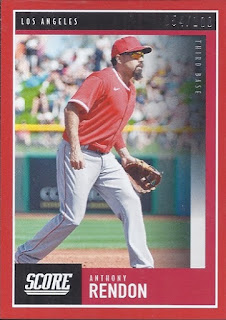 This one starts off with a numbered parallel, and it goes perfectly with the team colours. But this pack will manage to do that even better later on. 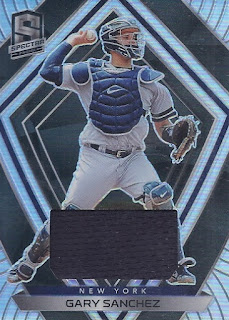 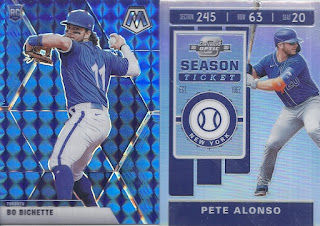 And what could be better than the red parallel? How about an extremely blue Blue Jays parallel instead? And as bright as it is, it still isn't that loud in hand. Maybe if Bo was sporting the powder blue variants in the photo. Making the shiny content in this even better, there's a shiny Mets card to go alongside it.
Pack 5: 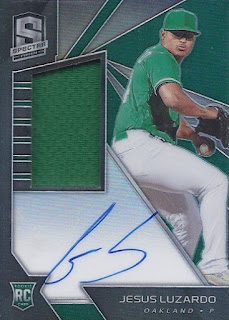 From a very blue card to one that's go a lot of green on it, here's the next autograph in the box. Not the best signature out there, but still a nice looking card. 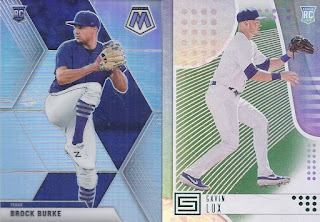 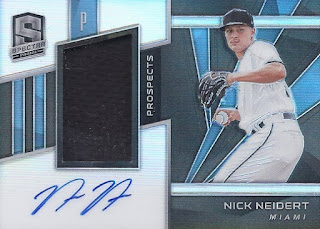 This card's appearance meant that every one of the packs in this box contained at least one Spectra card. This is part of the comparatively smaller 10 card Prospects portion of the set, since most other Spectra insert sets total over 100 cards. Neidert has been showing up in prospect sets since 2015, and finally made his MLB debut this past season for the Marlins, after moving over from Seattle as part of the Dee Gordon trade. 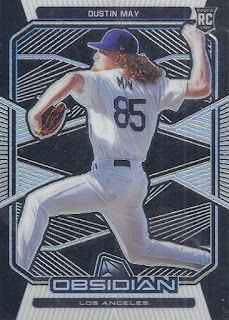 For a somewhat logical final card, here's an appearance of one of the cover boys.
And there you have it!
Posted by buckstorecards at 12:32