The Face is Familiar

New faces yesterday, familiar ones today. Another day with the 2/14 binders. 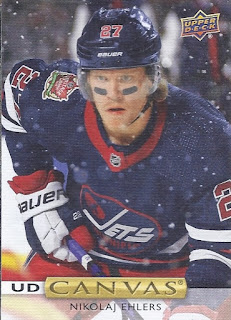 There ended up being about 30 cards of this type in the shipment, and a lot of them were of the "cheap because of e-packs" variety. My fave of those was this outdoor game photo from last year's Series 2 of Nikolaj Ehlers. 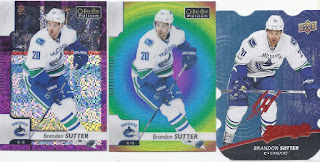 But these shiny Brandon Sutters are pretty nice as well. 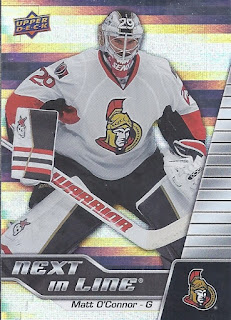 Matt O'Connor continues to have far more entries in the collection than NHL games played, now hitting the 17 mark, this shiny overtime insert among them. 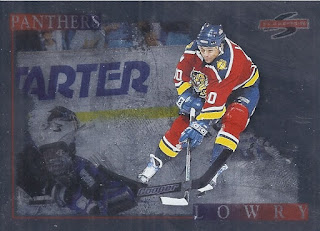 I'll end hockey's portion with this Black Ice parallel out of Score. I'm not sure why someone opted to name an insert set after a rather dangerous winter weather phenomenon, but I'm guessing this company was based in a southern locale at the time and just thought it sounded cool. 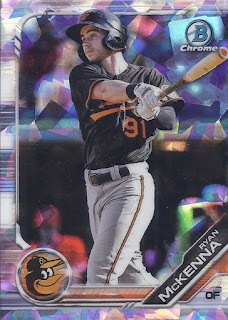 The only baseball content to feature known names to the collection was a pair of Ryan McKennas out of Bowman. I'm highlighting the atomic refractor over the purple one because it is gaudier. 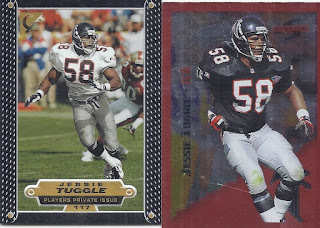 Despite being a mainstay of sets during the junk wax era, I've only just started adding his cards to my collection, after finding out that all his cards (but only a small number of sites) list him as a 2/14 baby. So, his total stands at only 3 with these two additions. The Private Issue card is supposedly limited to, albeit not numbered, to 250 cards. 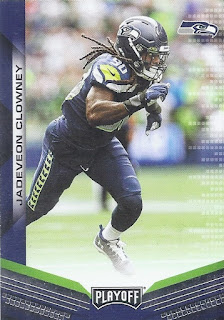 Last year, I was looking forward to cards featuring Clowney's stop in Seattle. I'm now wondering if he'll get anything this season from his new home with the Titans. 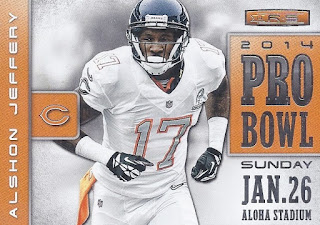 I don't have too many all-star jersey photos in the collection, so this is a kinda unique addition. 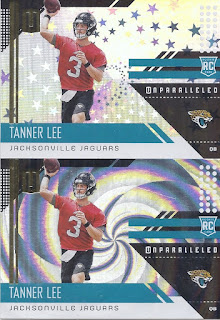 Finally, some numbered cards. The Astral parallel on top is /200, while the Whirl is /100. 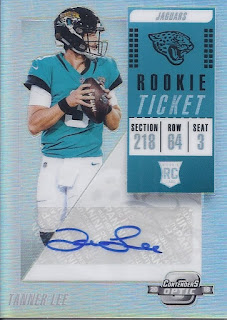 And Tanner was also featured on the only hit that qualified for this post, an auto from Contenders Optic. Shiny, but not numbered.
There you have it!
Posted by buckstorecards at 10:03