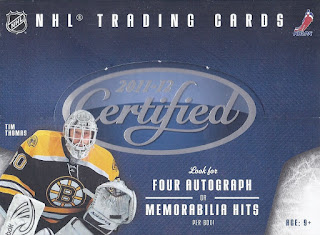 Let's go quite a few years back for the final box. 10 packs in this, and I'll try to highlight a card from each. 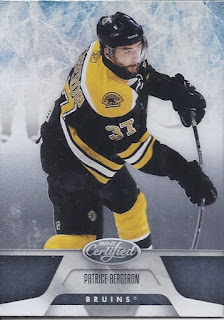 These are what the base cards look like. Fairly typical foil-y background, but I really like the upper portion with the feel of a well-used rink. 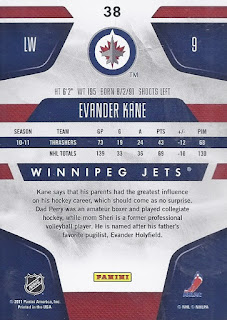 The backs are pretty nice as well - rare to see something colourful from a mid-range product. 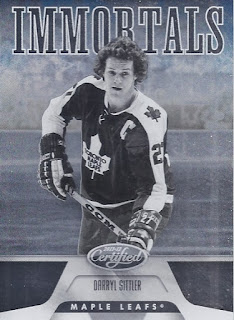 This is also a base card in the set, but it is part of the numbered portion of the base set, so it is worthy of scanning. 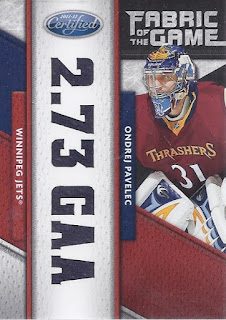 Here's hit #1. This is a "claim to fame" parallel of Fabric of the Game, where a notable stat for the player is used as a die-cut for the window. Despite only being a one colour swatch, these are fairly low-numbered, limited to 25. Still a nice card for the hit version of the mask binder. 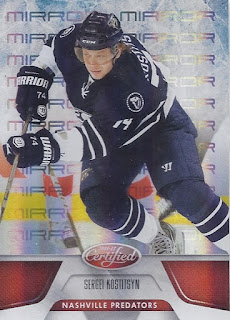 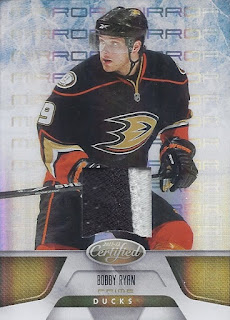 Under the numbering scheme for this set, this is also a parallel of the base set. More accurately, this is a Mirror Gold Materials Prime parallel, and like the Pavelec, is also /25. At least there's more than one colour to this swatch.
Pack 5: 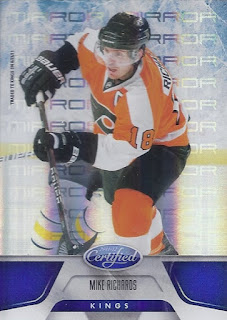 One more parallel, and here's one for the ol' Rangers alumni PC. This Mirror Blue parallel is /99.
Pack 6: 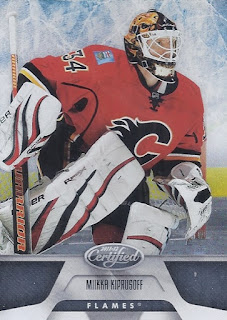 Only base in this pack, so here's another mask binder card.
Pack 7: 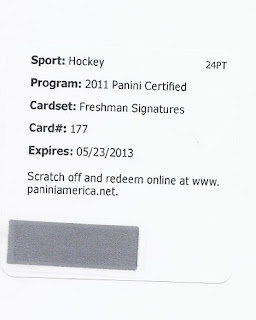 Here's the autograph. Since Panini still accepts expired redemptions, this might still turn into a Lance Bouma autograph. However, it was probably more likely to result in a card in the long run to instead just pay $1.25 to throw it into my COMC cart.
Pack 8: 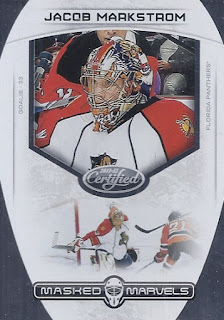 At least this box was pretty nice to the mask binder.
Pack 9: 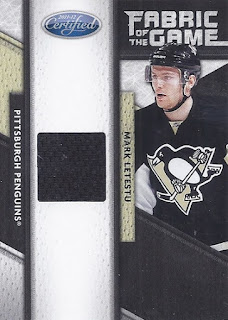 Your final hit from the box is this very basic Fabric of the Game swatch. Mark was still active in the league as of last season, playing a handful of games with Winnipeg. I couldn't have told you that on a bet.
Pack 10: 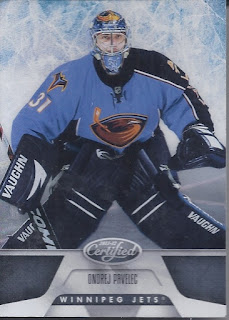 One more mask binder card from the final pack. It isn't as great as his eventual Springsteen themed mask he'd go with late in his career, but it still counts.
And there you have it! Not exactly the best box in term of book value, but it did add some content to my PCs, so I can't be entirely upset.
Posted by buckstorecards at 09:30