Back to the mailbag again, but this time covering mailings from the card companies themselves. 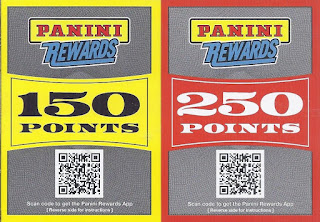 Are Panini Rewards redemptions? Is corn grass? Whether the answer is yes or no, I've got 400 points to play with. What can that get? 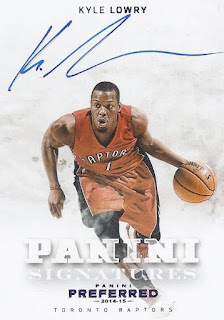 He's been an all-star, but his autographs in Panini Rewards land still are pretty reasonable. Shelling out 250 pts for an on-card autograph numbered /20 for Lowry is a pretty easy decision.

While browsing around, I noticed there were some hits available for only 50 points. I didn't expect anything super valuable there, I did wrap things up with 3 cards I was more than happy with. 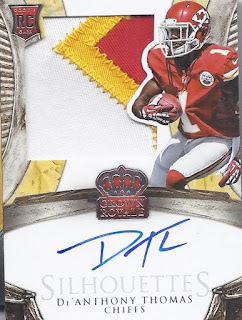 Although in this card's case, I think Kerry @ Cards on Cards would be happier with this. Especially considering I just had a pile of 4 PWEs show up from Oregon over the past few mail days. 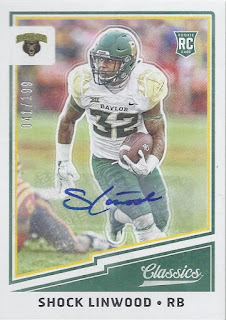 Sure, he never saw the NFL. But if you think I'm passing on an autograph of some guy nicknamed and listed as "Shock" on his card, you don't know my collecting habits. 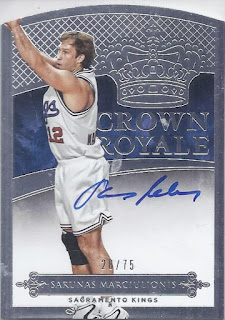 A Hall of Fame autograph is a great way to wrap up this shopping spree. Even better that it is a throwback Kings uniform that Sarunas is rocking in the photo. I guess I could have got one of him (with similar numbering) in his more familiar Golden State colours, but this one easily had better intangibles. 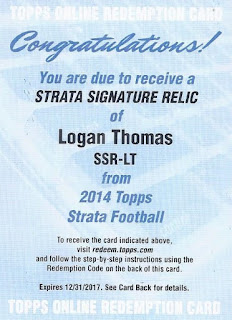 I expected this within days of entry after pulling this late last year. Instead, it took months. 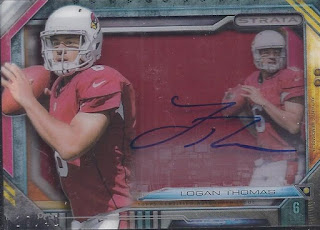 But it is a nice looking on-card acetate auto/relic of the Cardinals QB turned Bills TE.

And there you have it!
Posted by buckstorecards at 09:50