And it draws to a close with a small selection of randomness. 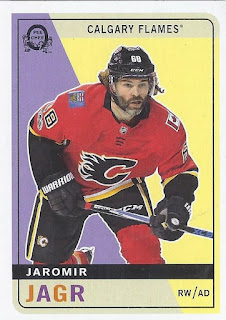 I assume I could have just picked this card up for forty-some cents over at COMC with all the available cards from the e-packs, but getting it in hand right away was worth the extra dime. A retro card is a nice way to wrap up Jagr's career on cardboard. 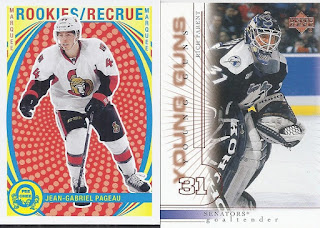 More OPC retro and a Young Guns card are the next ones up, and on their way to the Senators collection. Yes, that Rich Parent is a Senators card, despited the Tampa jersey and Blues mask. 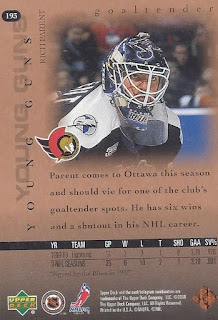 See? He never played a game for the team. Also, he has a rather painful sentence in his wikipedia entry.

"During the season, he received injury after taking a slapshot by teammate Al MacInnis and was diagnosed with a ruptured testicle." 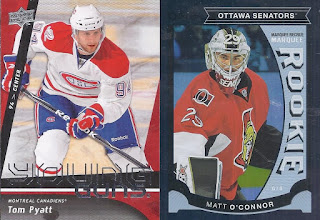 Just a couple more 2/14 cards. I was surprised I didn't already have that Young Gun of Tom Pyatt. That's my 16th card of his. Matt O'Connor moves up to 8 with that /100 black foil parallel.

A trio of additions to my Kitchener Rangers alumni collection are the next ones. I've picked up the base version of that Faksa card earlier, and here's the prime version. It is a thick seam that's practically bursting through the card. That's Ryan Murphy on the 1/1 yellow plate out of Contenders. Much like with the Malcolm Subban auto I pulled earlier, it is nice to add an auto of his from before he started abbreviating it. 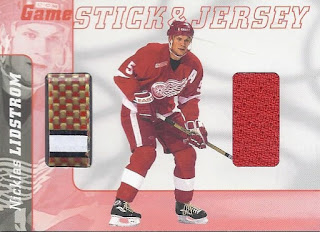 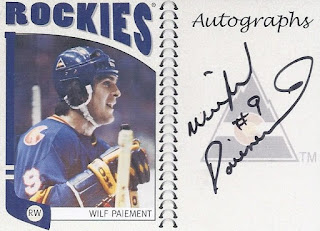 To end the recap of the Expo, my first Colorado Rockies hockey hit! I think I just need a hit from the Kansas City Scouts to wrap up a Frankenset of defunct NHL teams from the 70s/80s.

And it is done for another Spring. I might not be able to make the November one this year, so it might be a year before I devote a week of posts to a card show again.

Back to recaps tomorrow!
Posted by buckstorecards at 09:29