Today and next post, I'll highlight some repacks I've picked up last week while I was recapping Expo related stuff. Up first, another one of those baseball repacks from Wally World with 10 packs, and 5 bonus Triple Play packs. Here's the non-Triple content:

Looks like Golden Age replaced Prizm, and one Honus Bonus replaced one '17 S1. I'd rather bust GA than Prizm, but would rather bust S1 than HB. So I guess one the surface, this one wins in terms of pre-busting content. As before, I'll do this chronologically. 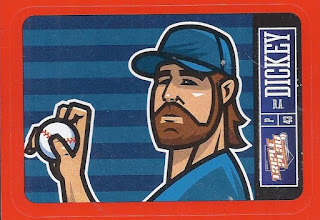 No Mets content in the Triple Play, but I did get a Jays sticker. 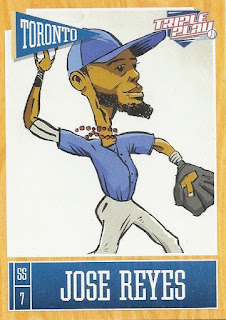 And a Jays card. 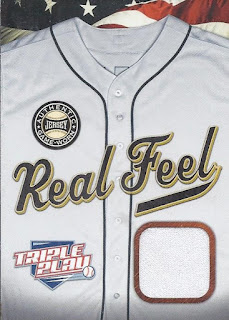 As well as a hit! It is game-used, but that game was probably just some beer league softball. 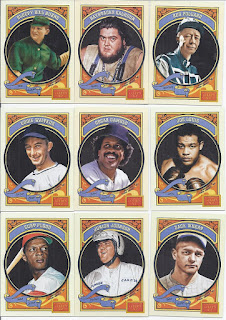 A nice variety of baseball and non-baseball in the Golden Age. Curt Flood and Haystacks Calhoun are my favourites among the former and latter. 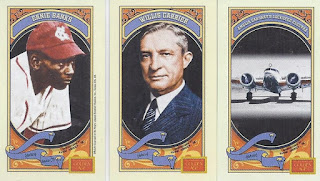 Minis! I guess they can use logos with Negro Leagues photos. 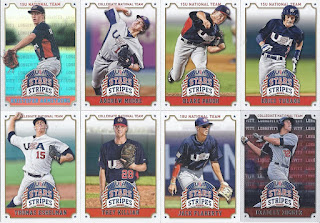 8 cards is just right to scan everything in the Stars & Stripes pack. Base cards and parallel cards were all it had to offer, but the /99 is of an interesting player. Armstrong might be the next ambidextrous pitcher to come along. 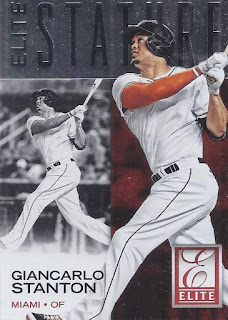 A nice looking insert from the Elite. 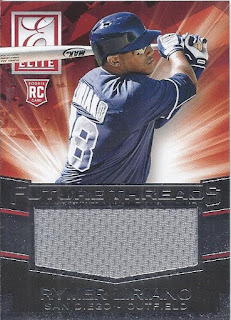 And hit #2. I couldn't have told you where or even if Rymer Liriano was playing at this point without breaking out google. Yes he is, and he's with the Angels minor league system. 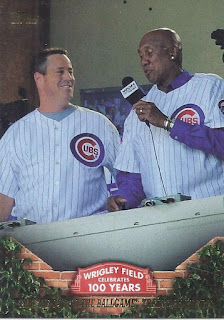 A nice Wrigley Field insert was about all the 2016 pack had to offer. 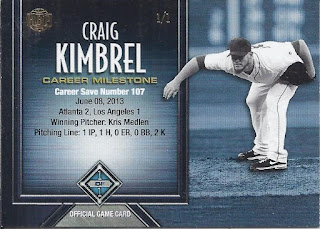 I did get this 1/1 from the Honus Bonus though. I wasn't too excited, as I'd remembered that there were many 1/1s from this set over at COMC. Turns out this really is a 1/1 as there is one for every occurrence of the stat that lead to the milestone.

I did a little better with the 2017 Series 1 packs in terms of inserts.

And there you have it! While I didn't land any 1:1773 autographs like last time, this was still a fun little break. Hockey from the Dollarama up next!
Posted by buckstorecards at 07:42