It has been way too long since I've reached into my COMC box to post some cards from it. So, as I wait for Spring Cleaning next week to request another shipment, as well as the Expo tomorrow, I might as well clear out some of the backlog contained within. I have enough to do a theme here, and show off some alternate/throwback uniforms while doing so. 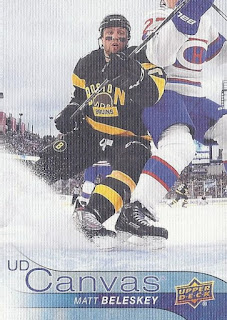 One of the good things about Upper Deck's epacks is that the insert cards from the flagship releases are available there, and tend to get real cheap, real fast. I've already completed the OPC update set from this year, at about 40 cents per card. Here I get two alternate uniforms on the same card from a Stadium game. 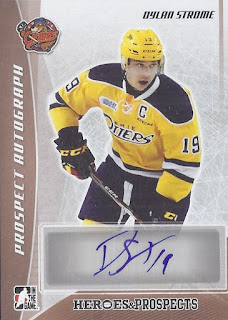 Only one uniform here, and it is an OHL uniform, but it did have a nice bonus with an autograph of a pretty good prospect attached to it. 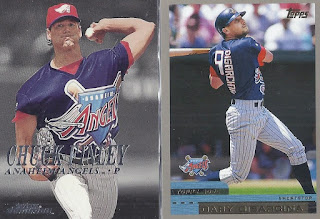 One turn ahead the clock uniform deserves a second. 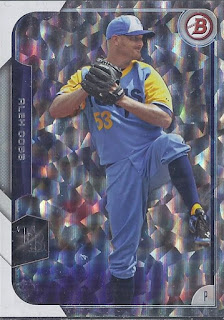 Since this uniform isn't bright enough, I'll get the Silver Ice variation to up it just a tad. 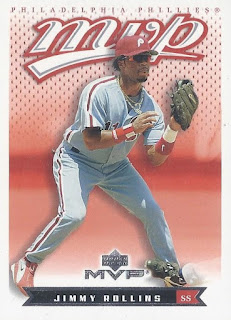 Now that's a logo. My only beef is the colour is so poor on this photo it sometimes seems that the uniform is gray as opposed to blue. I probably should have got the Topps card instead, since that one also included the Braves throwback. 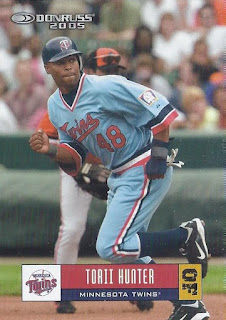 Posted by buckstorecards at 10:08