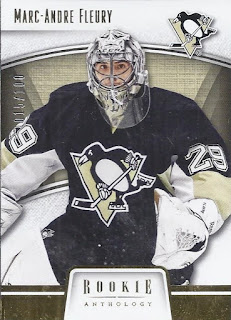 Opening up, here's a base parallel. I've busted so much of this stuff by now, this is my 11th of these I've pulled. 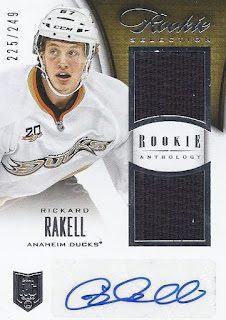 The Ducks are loaded when it comes to the Rookie Selections portion of the base set, with 7 out of the 100 cards in it. It's not surprising then that I've ended up with another one from it. Best of all, he's still in the league. 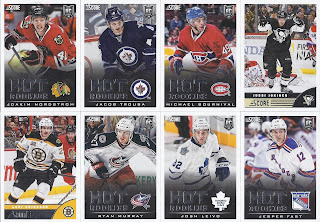 The Score Update were these 8. I'd hoped to find singles from this set so I could assist Shoebox Legends' set build, but these 8 were all I managed. Off to the Prizm cards. 3 cards in the box, and all 3 of these were dupes for my binder of inserts from this release. 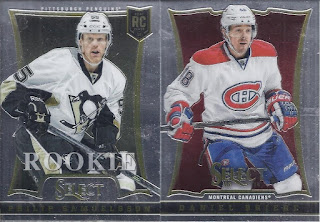 I did a little better with the Select portion of the box, as that Samuelsson was new, although the second portion of the Daniel Briere hot box was a dupe. 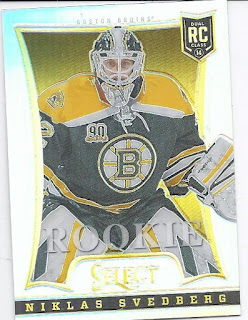 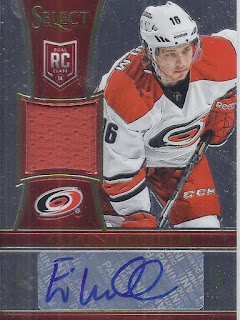 This is technically a base card if I was doing the set build. Elias Lindholm was all over 2013 releases, but this is my first hit of his. 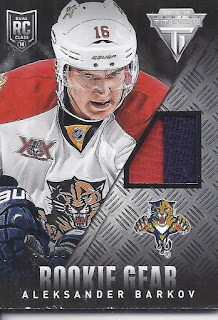 While this is a pretty good rookie relic to land, this was the first one I'd pulled with very noticable chipping on the card. 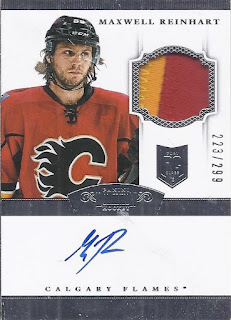 The remainder of the box was a pair of Dominion updates. A 3-colour patch (there's a sliver of black in the upper left) to go with an on-card autograph. Max spent last season with the Belleville Senators in the AHL. 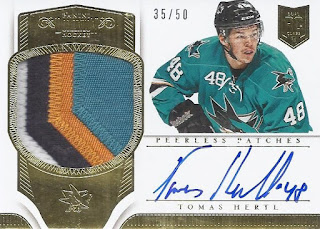 A Peerless Patch? Yeah, this one's pretty nice. It is also a pretty good update from the Hertl I pulled at the last Expo from an RA box, which was a Luxury Suite sticker-auto and one colour swatch. This looks like it came from the number on the jersey, although he never wore a jersey with the yellow border on the numbers during an official game.