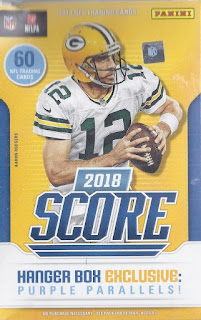 I realized I had a little bit of space left in the box where I'd stored the base set for 2018 Score Football, so instead of grabbing some dummy cards to fill it, I opted to pick up one of these instead. I'd watched a couple of breaks of this on youtube, and had seen that there were a lot of inserts spread over many of those sets in it. Let's take a look!

No inserts to start off, but here are three more of the unnumbered Scoreboard inserts. Interestingly, none of these three players are currently on the team they're pictured with. Martin and Williams are now with the Raiders and Chiefs respectively and Bryan was drafted by Jacksonville. 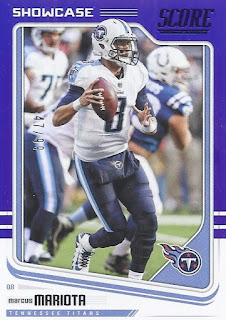 The box-promised purple parallels never materialized. However, this Showcase parallel /99 of Marcus Mariota did. Did I just send a package to a Ducks team collector a couple weeks beforehand? Of course I did.

I'll just cover all the inserts in the order they uploaded. It might be a cynical way to get more rookies into the set, but I do like the 80s Diamond King-esque background here. 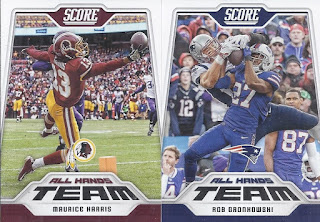 This was definitely the best insert set for someone looking for in-game photos. as best as I can tell, this is also Maurice Harris' first NFL card, having only appeared on Sage cards prior to this.

Signal Callers produced the only Bills card of the break, even considering base cards and draft picks. 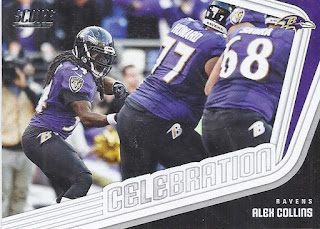 One of only a couple insert dupes for me was this Celebration one. 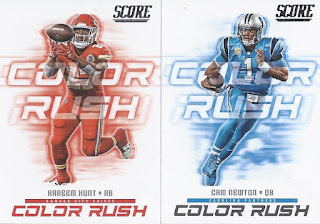 A salute to alternate uniforms!

Back-to-back Cam Newtons. I could have done worse. 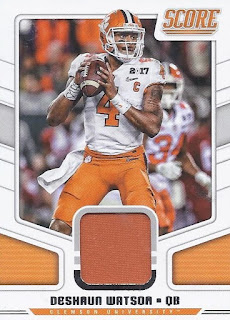 A hit! And a hit so obscure that I had to search to find what insert set this represented. This comes from the creatively-named "College Jerseys" set. 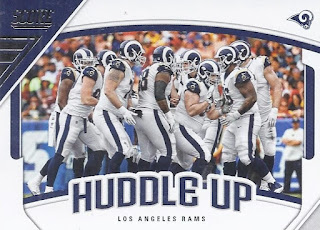 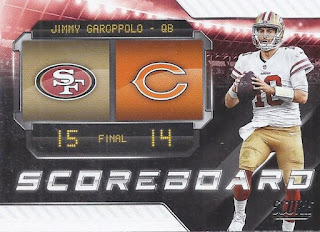 Although defeating the Bears in 2017 wasn't the toughest feat, it is an easy way to include a card of the latest 49ers quarterback of the future. 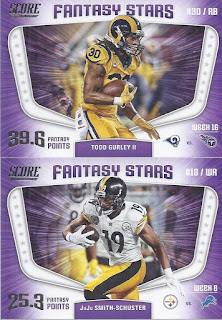 I didn't like Fantasy-football themed cards when they were base cards in Topps' releases. Changing the company and making them insert sets hasn't changed that. 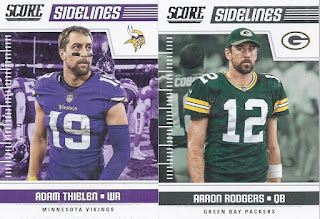 This draws to a close with two Sidelines cards featuring players standing on the sidelines.

I got a hit. I got a Bills insert. I got some trade bait. More importantly, there might not be room for even a single base card in that box anymore. That's the best thing about this break.
Posted by buckstorecards at 07:46