I was going to do this last week after a PWE showed up. Then 3 more followed and I figured I'd better wait a couple more days to see if anything else arrived. It's been a couple days, so I now feel safe. 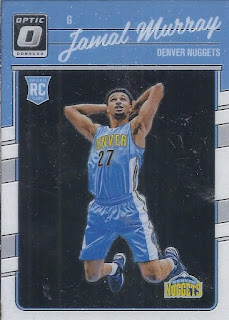 Firstly, if you're looking for something seemingly random to include in an envelope heading in my direction, any cards of local NBA product Jamal Murray is a perfect choice. 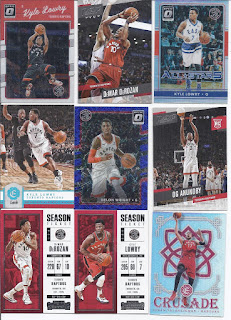 That's seems a great way to lead in to a bunch of new Raptors card. There's a few new Sets to my collection in this, and I'm happiest to get two of the full-bleed Prestige cards.  That shiny Delon Wright in the middle is a Blue Velocity parallel. 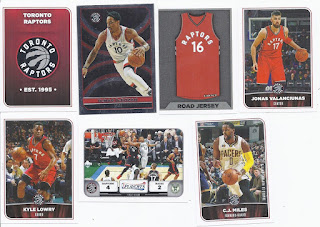 Stickers! And of course that CJ Miles counts as an addition to the Raptors collection. I just wish the logo one used their 1995 logo. If for nothing else than the possibility of a Denver Nuggets sticker with Maxie Miner. 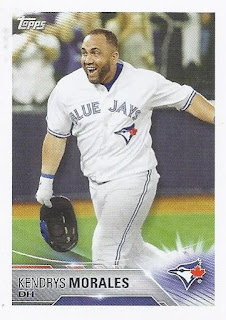 Stickers-to-sticker with the transition to the baseball.

If most Jays fans had their way, he'd be on the team already. Myself, I'll just enjoy the highlights of him smashing the ball around minor league parks, and await 2019. 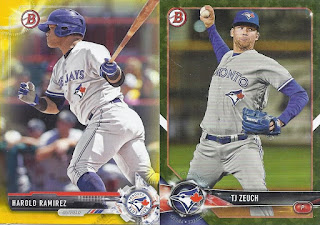 To keep the Vlad came parallel in the first group company, here's a couple more. 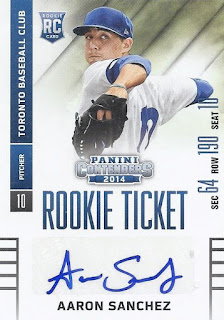 Some ink. Aaron Sanchez has been one of the less-panic-inducing members of the Blue Jays starting rotation this season. And that's about all you need to know about this season so far. 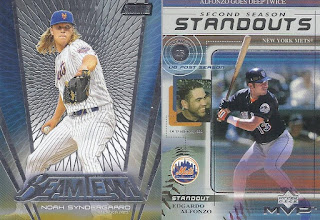 Ending this off, a pair of Mets.

And there's 4 PWEs worth of cards. I know I've sent at least one bubbler off recently, but there should be another on its way to Portland shortly. You already know two of the cards that will be in it, so hopefully the others are a nice surprise.
Posted by buckstorecards at 18:27