With a significant order from COMC likely to arrive before the end of the month, I might as well continue to work my way through my to-be-posted box. Today, all the autographs within. 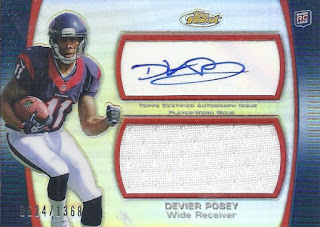 This is the only auto in the group that had a relic attached. I added this to my inventory last November, after Posey had been named MVP of the Grey Cup. He's trying the CFL pit-stop route back to the NFL as he's signed with the Ravens in the off-season. 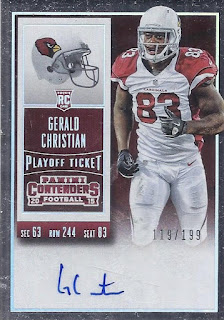 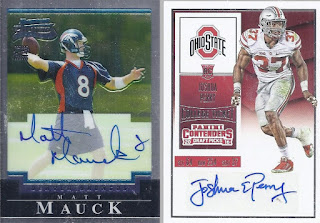 Football brings several of the candidates for the penmanship binder. Perry brings a perfect signature to the table with every letter visible. The 'y' looks like it might be a case of going off the sticker, but it isn't as the crossing line is separate from it. 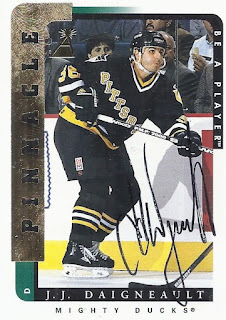 There was only one hockey autograph left in the box, and it is one of my favourite names to say out loud - Jean-Jacques Daigneault. 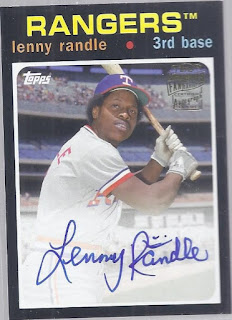 When I noted that Lenny Randle had added a happy face drawing to his autograph I realized he had to join Jimmy Mann in terms of adding that particular bit of art to their signature. He's #3 in terms of penmanship binder candidates. 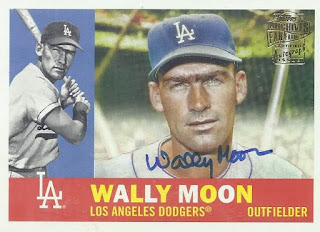 The late Wally moon is the final penmanship binder card. I love it when people in their 80s and older still have/had beautifully legible signatures. 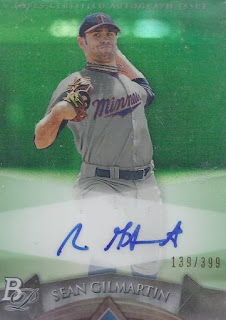 This one has been in the to-be-posted box for about 2 years now. He was coming off a great year as a Rule 5 draft pick by the Mets, but the rest of his Mets career was not memorable, and he's now in the Cardinals organization.

And there's a bunch of autographs!
Posted by buckstorecards at 08:42