Time to leave the Expo behind for now, and instead post 6 more-or-less random cards from my COMC to-be-posted box. 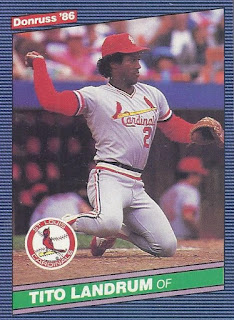 This was the only baseball card to come out this time was this one of Tito Landrum. I love that he's listed as an outfielder, but is quite obviously acting as catcher, likely while the regular catcher dons the gear in the dugout. As best as his baseball-reference page can inform me, he never played in the position during an actual game. 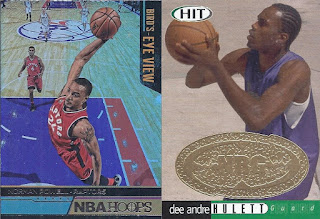 A pair of 2nd round picks from the Raptors are up next. Powell has worked out quite nicely for the team, and is a fan favourite type in the vein of previous favourites like Jerome Williams and Matt Bonner. Hulett never played a game for them, and google's autocomplete tries to make me instead search for Toronto weatherlady Denise Andreacchi. 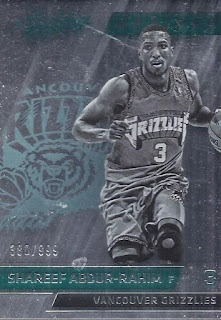 And some more Canadian NBA team love with the 4th card. 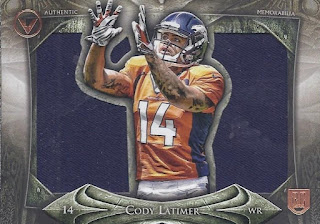 I picked up a Charles Sims from this subset for trading on to Bob Walk the Plank, and wanted one of the similar design. Cody was the cheapest at the time. 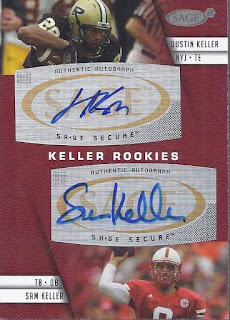 And to end it, and interesting auto. Two guys named Keller, albeit unrelated to the best of my knowledge. Sam's got the better signature, although he never played a game in the NFL. Dustin lasted several season, but had his knee destroyed in a pre-season game with the Dolphins and doesn't appear to have ever played again.

But that is such a great idea for a dual autograph card.

And there you have it.
Posted by buckstorecards at 10:59