Not that long, just about 2 weeks, give or take an hour. But that's still too long for a repack post. In the meantime, the Dollarama two-step of a hanger pack and a Surprise Bag awaits as well as a repack I thought I'd pass on seconds of, but it called to me like a siren's song from the WalMart card aisle.

Starting with the hanger. 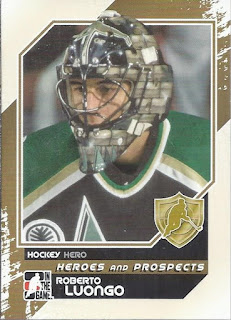 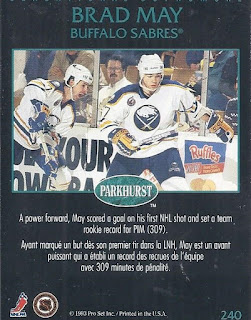 1992 Parkhurst - Bred May - I like the contrasting rookie accomplishments on the back.
1991 UD - John Ogrodnick 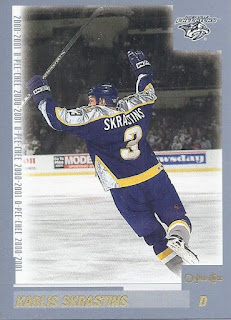 2000 Topps - Karlis Skrastins - A great photo here, with the celebration contrasting with the dark arena. Unfortunately, Skrastins was one of the victims of the Lokomotiv Yaroslavl plane crash 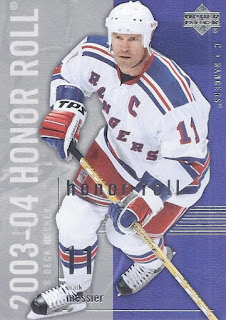 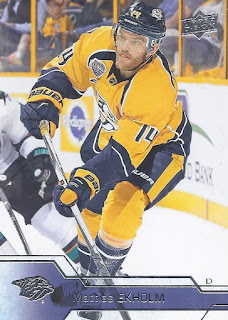 Aside from the Luongo and Skrastins, nothing much here.

And the Surprise Bag. 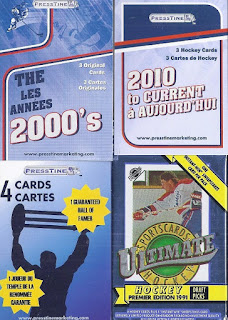 The Ultimate pack contained nothing of note, as one would expect if they're familiar with the product. 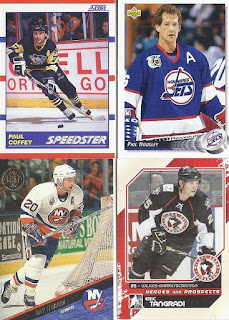 I'm sure I've got that Paul Coffey in my Rangers alum binder. If not, it will be there shortly. Minor league jerseys are always welcome in the miscellaneous binders. 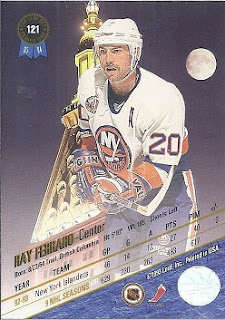 And if you're wondering what New York landmark was on the back of the Ferraro, wonder no more.

How did I not already have Patrick Lalime and his Chicago variation of the Marvin mask in my binders prior to this? I'll always be happy to pull cards from ITG's 72: The Year in Hockey set, if for nothing else but the design.

There you have it. Nothing major here either, but enough keepers from both overall to make it a worthwhile swing past to card section of the Dollarama. And now to the Wally World repack.

I thought I'd quit while I was ahead. Of course, I didn't. 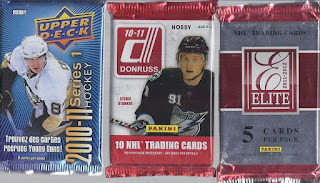 The same products as in the last one. And the same Austin/Gretzky Beckett card. 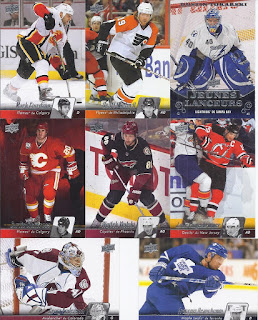 No needs among the base cards for my set build, but a new Jeunes Lanceurs in Dustin Tokarski and his Tick themed mask. 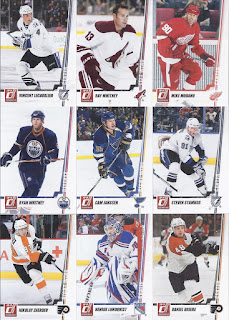 9 Donruss base cards in that pack, including a couple of real veterans in Modano and Whitney. 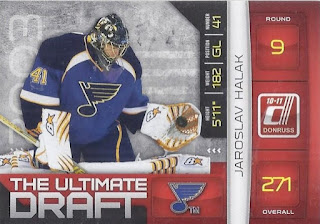 The Ultimate Draft insert highlights various selections at a specific point. More emphasis on the first rounds than the later rounds, meaning it really isn't a copy of Draft Day Gems which UD had a couple years prior. 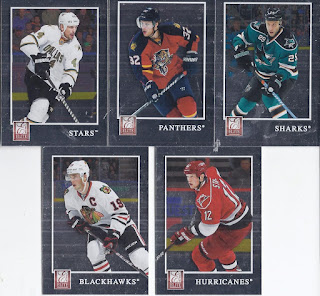 Nothing much of note among the Elite base, except that Toews will finds its way to a collector of 2*3 Heroes at some point. 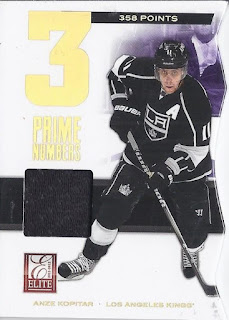 And the only hit, was this Prime Numbers hit of Anze Kopitar. You'd think if the title of the card included the word Prime, there'd be something more than a one-colour swatch included. Alas.

At least each pack contained at least one interesting card.
Posted by buckstorecards at 09:29