Today, a recap of Kitchener Rangers alumni I picked up at the show. 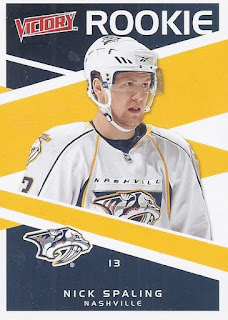 With a Predators win last night, a Nashville card is the perfect choice to start off this post. He's now in the Swiss League, and played last year with something called Geneve Servette. 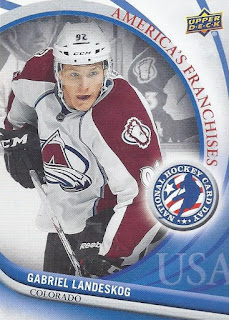 I'm fairly certain that Landeskog is the most prominent, quantity-wise among the members of the binder. Yet I really can't be bothered to count. I really should one of these days. 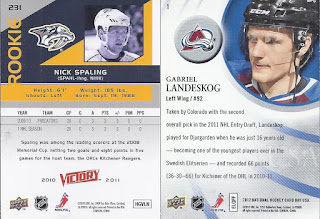 The best thing about these two cards is that they both reference their time with the Rangers on the reverse of the card.

If Landeskog isn't the numbers man in the collection, it has to be Jeff Skinner. He gets 3 cards here with these 2 inserts and one parallel.

And why not follow up a 3 card grouping with another one? A trio of cards from 15-16 OPC's retro parallel sounds great as said follow-up. 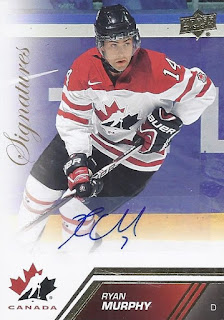 And the only hit of the day for that binder wraps it up. I always have to be careful when grabbing non-NHL cards of Ryan Murphy, since  Ryan Murray also debuted at the same time, and both were pretty prevalent in releases. The non-Rangers alumni one has had a better career, with the guy I collect bouncing back-and-forth between the Hurricanes and their AHL affiliate.

And they you go!
Posted by buckstorecards at 08:20